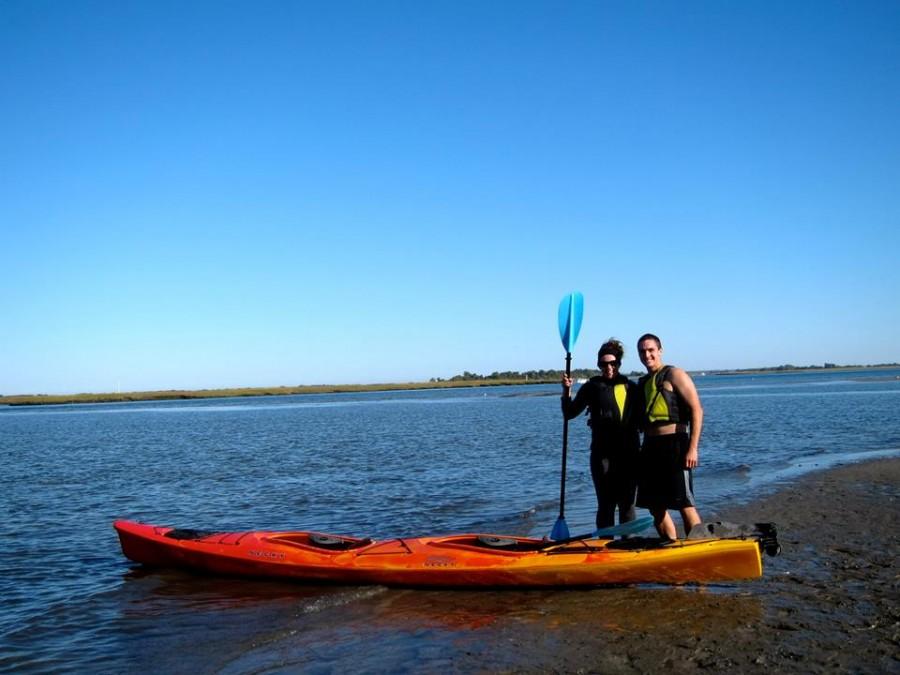 For seventeen semesters, Woods Hole Research Center has been accepting Allegheny students for a fifteen-week long session called ‘Semester in Environmental Science,’ or SES. On Feb. 13, one of SES’s recruitment coordinators named Brian Suh spoke about the program in Carr Hall.

“The main goal of the program is to provide an intensive field and laboratory-based introduction to ecosystem science and the biogeochemistry of coastal forests, freshwater ponds and estuaries,” said Suh.

The research center is located at an area called Woods Hole, which is near Cape Cod, Massachusetts. While there, students spend over 20 hours a week in research labs or in the field investigating ecosystems in Cape Cod.

The center wanted to be able to add something to its research mission, so they added an educational section. They sought out smaller or less well-known schools to recruit from and used relations that professor Richard Bowden had to connect with Allegheny.

“It adds an educational dimension for students… and it’s a pretty intense program,” said Bowden.

Lauren Wind, ’14, is one of the students currently at Allegheny who attended the SES program. Wind agreed that the program is challenging but rewarding.

“If you can think it, we did it,” said Wind. She went on to add, “SES helped mold me into a better researcher and team worker. It sets an emphasis on working as a team until your independent research, where in fact all the students start helping each other anyways.” Wind even said, “…it was the best experience of my Allegheny academic career thus far.”

The program is one full semester and gives students the credits for the equivalent of four classes. The first half of the semester, students focus on aquatic and terrestrial ecosystems, combining them to observe the climate changes locally and globally.

Woods Hole focuses on the aquatic and terrestrial ecosystem science and does not have an affinity for environmentalists, but for environmental scientists. They largely focus on the science involved with the subject as opposed to the protection and preservation of the environment.

“It gives them a place to find other like-minded students and some of the best scientists in the world,” said Bowden.

Wind ended up studying subjects she didn’t have any prior experience with, and widened her range of knowledge while doing so.

“Before SES I was pretty confident in my knowledge of terrestrial ecosystems, but I had no clue about marine and aquatic systems. It really taught me keep an open mind, and now I want to do more marine research,” said Wind.

The program is only held in the fall and attracts students from a variety of majors.

“Not everyone who goes is an environmental science major. We’ve also had math majors, English majors, chemistry majors—pretty much anyone,” Suh said.

Over 60 schools across the country participate in the SES program. Allegheny only sends one student every year or every other year.