Humans aren’t the only ones who fall in love 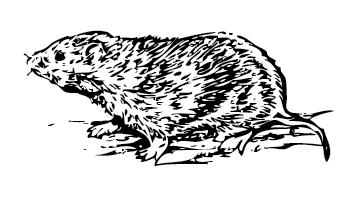 Male Gentoo penguins “propose” to females by presenting them with the pebble of their choosing. The process of selecting a rock is quite intense; male penguins will often fight over the pebbles that they deem the smoothest, best rocks. If the female accepts the pebble, she will put the pebble in her nest. Some species of penguins are typically monogamous, mating with the same penguin every year. However, if one of the penguins does not return, the other will move on, finding a new penguin to mate with. In some other species, though, cheating does occur within populations, even while nesting and raising chicks occurs with another penguin. Unlike many other species, both the male and the female participate in building a nest as well as caring for the chick.

Before seahorses mate, the females require an extensive display which will ensure the protection of her eggs.  Male seahorses partake in a lengthy dance to court the female, performing spins and color changes for eight hours.  The entire courting process can take days, including linking tails, an activity that allows the seahorses to get to know each other better. When mating does happen, the female lays a clutch of eggs, depositing them in the male seahorse’s pouch. These eggs are fertilized by the male, who houses the eggs during development until childbirth. During gestation, the female and male meet up for approximately six minutes, so that the female can check on her clutch, after which the two separate until the next day.

Wolves that are in the process of courting one another will spend more time together, sleeping closer and nuzzling each other. Male wolves ever occasionally bow to females but females who are not receptive to mating will respond aggressively, growling and biting at the male. While packs can be quite numerous, typically only the alpha male and female reproduce so lower-ranking members must leave the pack to reproduce. Although it is believed that wolves mate for life, some males will mate with other females during different years. If one mate is widowed, it is not unusual for the wolf to find a new mate. Regardless, the social bond in wolf packs is rather complex, important for the survival of the pack as a whole.

Although only approximately five percent of mammalian species are monogamous, nearly 20 percent of primate species are typically monogamous. Gibbons in particular form pair-bonds in order to protect their territory and will perform duets in response to threats. In polygynous groups, one dominant male may mate with multiple females, which occurs in some species of gorillas. Conversely, polyandrous communities have a single dominant female that mates with many males. Primates have been observed nuzzling, cuddling, grooming, and even kissing their mates.  South American Titi monkeys and at least one species of tarsiers are among the monogamous primates.

Elephant courting is a process that takes weeks, typically involving the male bringing the female food and spraying water on her. Elephants are also polygynous species so one male may mate with multiple females. In addition, mate-guarding is a common practice, in which the male follows the female to limit contact and defend them from other males. Regardless, serious fights are not common, resulting typically in threat displays and limited tusk sparring. Homosexual relationships have also been observed often in herds of elephants. Males may do this through play-fighting while females in captivity have also performed sexual behavior with one another.

Prairie voles are another example of a monogamous species, mating for life and raising their offspring together. Males have been shown to display aggressive behavior when their mate, territory, or nest is threatened. Even after mating season, prairie voles continue to live together. In spite of this close social bond, prairie voles do not keep their mate as their only sexual relationship. Males and females will both mate with other voles if they are around. When pair-bonding does occur, the two have nearly continuous contact. Although, if the female vole dies, the male does not actively look for a new mate.