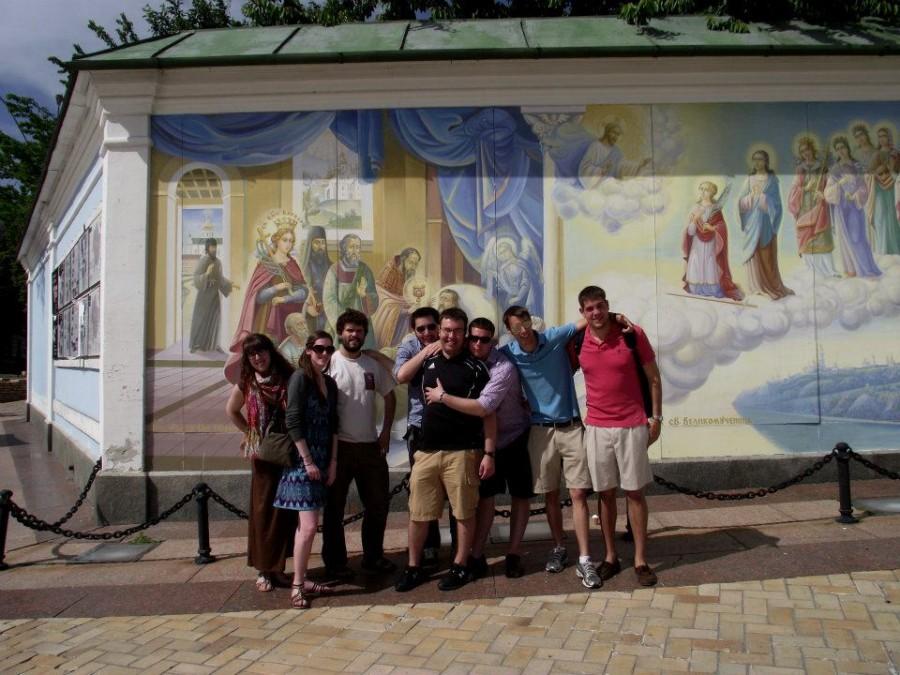 For the past five years, Allegheny students have had the option to embark on a summer Experiential Learning course to Kyiv, Ukraine. Led by Professor Kenneth Pinnow, history department chair, the three-week course encompasses many aspects of the culture from the historical, to the political, to the economic. It is aimed at easing participants into a sense of familiarity with the country.

This summer while applicants will still visit and study in Ukraine, a new branch of the program will take Allegheny students where they have not gone before: Russia.

For three weeks, from mid-June to the end of July, a handful of Allegheny students accompanied by Pinnow will take part in this new opportunity, orchestrated by the University of Pittsburgh’s Panther Program in Russian and Eastern European Studies.

“The program is a result of a consortium created between University of Pittsburgh and local liberal arts colleges, such as Allegheny College, Mercyhurst University and Westminster College,” Pinnow said.

The course offers a total of 18 spots to students from all four schools. The program has already stirred up some interest on campus.

“It’s a comparative course because it allows students to get a little sense of what it’s like in Kyiv and St. Petersburg, you get the different histories and trajectories and are able to make some comparisons between them,” said Pinnow. “Students will be able to compare two countries through a particular lens, and that’s the lens of the post-communist transition, how the two countries have fared since then. It’s a wide-angled view of life in Ukraine and Russia back to the crash of communism.”

Students will take classes at two universities: Kyiv-Mohyla University and the Higher Economics University in St.Petersburg. Faculty of these institutions will be leading the lectures.

Although the program might appeal to history, political science, and economics majors, students of any academic discipline are encouraged to apply in the future.

“In the past from my EL course, I’ve had physics majors, biology majors […] I liked bringing that broad background because they bring different perspectives,” Pinnow said. “I think they get a lot out of that too, because it’s about travel, it’s about exposure to a different culture.”
Morgan Thomas, ’14, attended the most recent Ukraine EL.

“This program is inherently multidisciplinary, as Ukraine is also trying to figure out what its identity is. Ukraine is trying to discover its own historical identity,” Thomas said.

Thomas said that for her, the EL trip served as a catalyst for personal growth.

“There’s a completely different mindset that you get exposed to in an immersive way, interacting with the people, living in an apartment in Ukraine, by yourself, going grocery shopping, by yourself,” Thomas said. “There was a language barrier, but it was very empowering, knowing I could do that.”

Dan Miller, ’13, also went on the most recent EL to Ukraine. He said the experience helped him to develop a more comprehensive perspective on his own country, as well as to learn more about another culture.

“[The EL] really shed light on my life in the States and how people in another part of the world live in a different way, even though we’re all people and have a lot of similarities.” Miller said. “[The trip] could really be anything that you wanted it to be. It’s impossible to walk away not learning something that you didn’t expect to learn.”