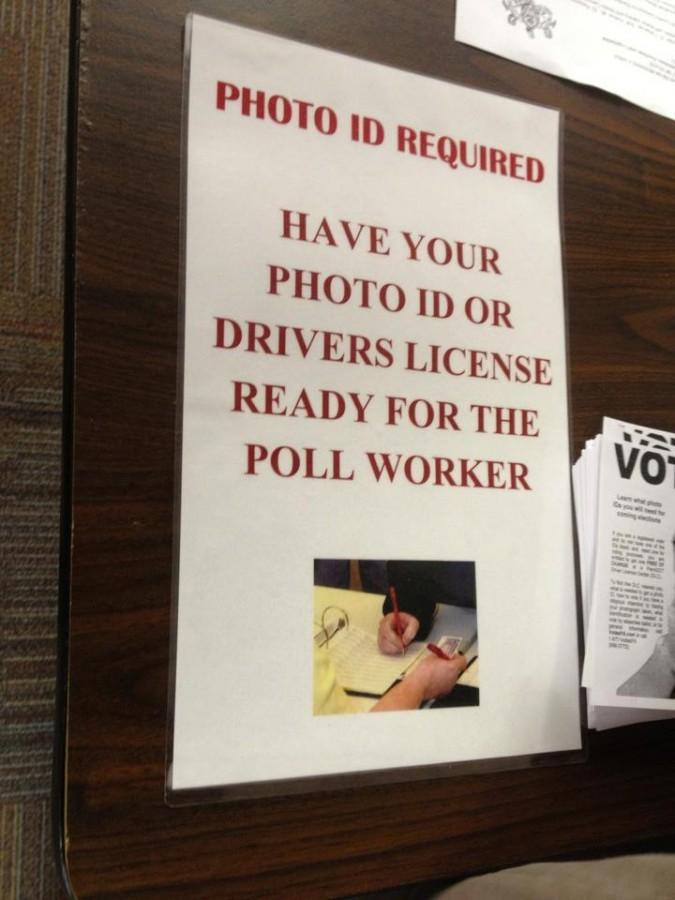 Updated at 1:23 pm to include statement from Sue Plunkett, and to change the headline from “Voter ID law potentially confuses in Meadville.”

Current Pennsylvania law states that voters may be asked to present ID at the polls, but they are not required to show it.

“When I voted this morning at Wesbury/Barco Chapel, there was a sign which stated : PHOTO ID REQUIRED TO VOTE–when I refused to show my ID, the poll workers were rolling their eyes, and when I got in the voting line, I was publicly ridiculed by another woman in line for being ‘difficult,'” said Sue Plunkett, Allegheny’s Director of Health Services. “I contacted the PA Democratic party, and they are going to investigate the polling place.”

“If they have big red letters out in front of the stand, even if it’s to make people get their driver’s licenses out faster, it’s something that may have turned people away,” said Zac Cramer, ’15, a member of Allegheny’s College Democrats.

At the time of writing, the signs were reported to have been taken down and attorneys, as well as election officials, were notified.