‘Everyone is Gay’ visits Allegheny 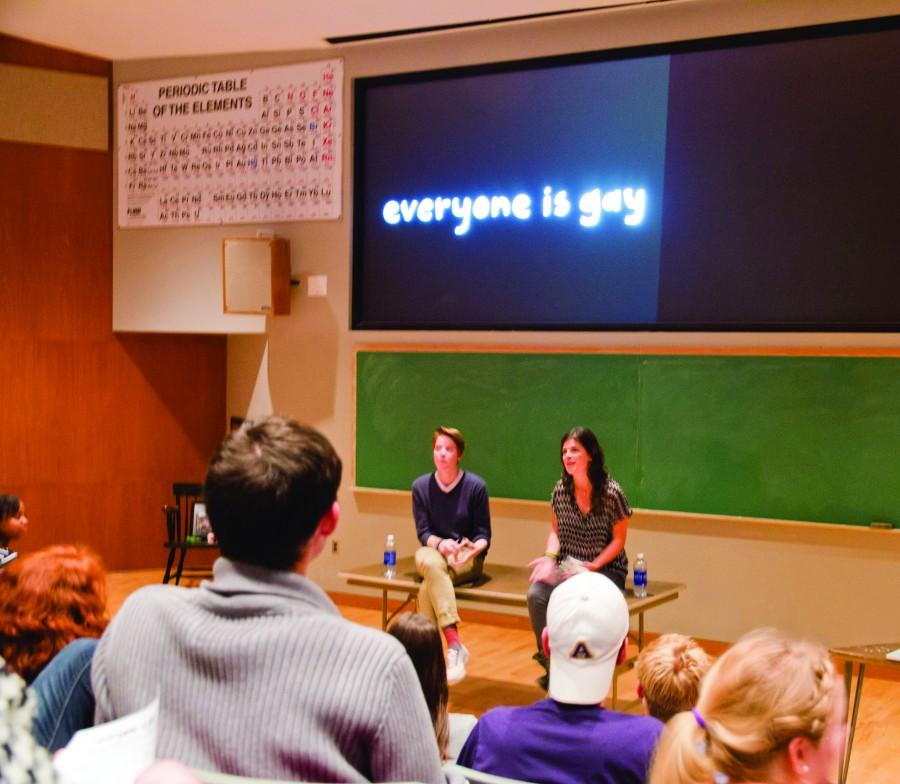 “Out of the thousands of questions that we get from people struggling with their sexuality, hardly any of them have anything to do with sexuality,” said Owens-Reid. “The feelings these people are feeling are the same feelings we’ve all felt before… We’ve all fallen in love with our best friend, and we’ve all had to deal with tremendous heartbreak, and none of our parents really ever figure out how to talk to us.”
Plans for the bloggers’ visit actually began a year ago, but Vice President of Q & A Shannon Wade, ‘13, said she believes their presentation is currently just as relevant to the campus as it would have been last year.
“I think it just ended up working out really well, and it definitely plays into the conversation that’s going on on campus,” said Shannon Wade, ’13. “We were floored by how many people were here…There weren’t enough seats.”
Q & A wanted to open an on-campus discussion on diversity.
“Coming here [to Allegheny], I really saw that there was a lot of disparity between students of multiple identities, and there wasn’t any discussion on privilege, which is something that we all have and hold inside of us,” said Q & A member Nick Gordon, ‘15.
“It’s our responsibility to use that privilege to help others, to bridge that gap and create what democracy constantly strives for, which is equality,”
he said.
Equality is a key tenet of Everyone is Gay’s philosophy. Though their website title may suggest otherwise, Russo and Owens-Reid ultimately strive to provide youth with advice that does not emphasize the importance of sexuality or gender expression.
“The problems and the struggles and the confusions that so many of us face are not different based on who we’re going to bed with,” said Russo during their presentation in Quigley Hall last Wednesday, Oct. 3.
Russo and Owens-Reid started Everyone is Gay as an advice website in 2010, which quickly grew to incorporate video blogs and a phone-in question/answer webcast that’s now posted every other week. Although the site is geared toward LGBTQ youth, the two young women make a point to explain that any and all topics are welcome for discussion.