Playshop Explores The Science and Stigma of Waste 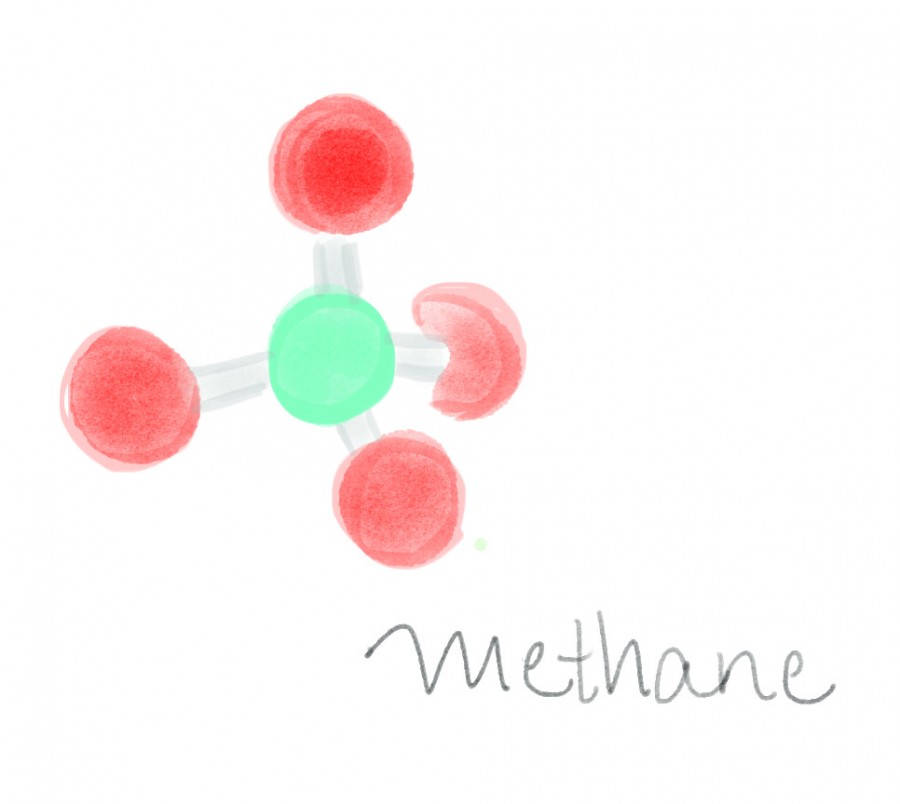 Half of the earth’s weight is buried underground. It’s down there, beneath a layer of dirt, that an inconceivable number of microbes live and work in complete, airless darkness. But our focus is so skewed towards life above-ground that David Wolfe, soil scientist and plant physiologist at Cornell University, writes that we humans are inadvertent “surface chauvinists.”

Consider, for example, that the largest organism on the planet is not a blue whale or a California redwood, but something that most of us have neither seen nor heard of–a tangled 2,000 acre mess of fungal threads stretching out beneath the Blue Mountains of Oregon. The truth is, we ignore a lot of what lies beneath us.

Or maybe, as tonight’s Playshop Theatre premiere of “Playing Dirty” suggests, we actually fear it. The play explores both the stigma of dirt and the hidden world crawling within it, as each scene reflects upon the chaos that carries through to the surface. In particular, “Playing Dirty” confronts the possibility that our insatiable preoccupation with cleanliness holds us back–socially and scientifically–and that a little dirt, bacteria and waste can do a lot of good.

Dirty Water Everywhere, And Not a Drop to Drink?

Safe, potable drinking water is a big deal; one in six lack access to it around the world, and those of us who are lucky enough to have it use it for nearly everything. Impure water is a subconscious fear of the modern world, the reason that college refrigerators are filled with Brita pitchers and at least part of the reason that consumers purchase bottled water in droves. Our collective attitude marks a big shift away from the cholera era depicted in ‘Playing Dirty,’ a time in which the theory of water-borne disease suffered from major lack of public support because the supposedly infected water just looked clean. Now, many of us distrust even the clearest tap enough to attach extra filters to our faucets, and we certainly don’t entertain the possibility that our water was once in someone else’s toilet.

But it was. Meadville’s drinking water is drawn from the French Creek watershed, which is where the city’s rigorously treated sewage water ends up. Biosolids are separated out by the sewer authority first, and everything is perfectly potable by the time it makes it back into the water cycle and eventually into our homes.

We use potable water for most of our everyday tasks, even when we shouldn’t. In the same way that there’s no reason to break open your best bottle of wine for cooking, there’s no compelling reason to use drinking water for plumbing or groundskeeping. The massive effort that it takes to bring water to potability is wasted on cases in which we could recycle local sewage by making it just clean enough for non-potable reuse.

The student cast of “Playing Dirty” toured Oberlin College’s Living Machine, a decade-old system built to successfully convert an entire building’s sewage into non-potable water using the natural filtration abilities of wetland plants and the bacterial films that live on their roots. The Living Machine uses many of the same the bioremediating properties that Carr Hall now uses here; Carr’s aquaponic system, for instance, also uses the work of naturally occurring bacteria– to convert the ammonia of fish waste to nitrate, which plants (like lettuce or tomatoes) can easily take up as fertilizer. Novel systems like Oberlin’s Living Machine and Carr’s aquaponic garden conserve water neatly within the space that it is needed.

Nutrient-rich waste holds a lot of hidden energy that stigma prevents us from tapping into. Bacteria that break down waste also produce methane in the process. Every time a sewage treatment facility ships filtered biosolids off to a landfill, it allows all that methane to escape unused into the atmosphere (where it actually becomes a problematic greenhouse gas).

Some countries are focusing on methane digestion as an energy source, and it’s been done at least once here in Crawford County by dairy farmers Jack and Don Bortnick, who turn massive piles of cow manure into methane, fertilizer, and even recycled bedding for the animals. But places like the Bortnick farm are few and far between, and people like Eric Pallant, professor of environmental science here at Allegheny College, wonder why more people aren’t catching on.

Pallant and his students have spent the past three years studying biogas digesters and the ways in which they can be scaled down for accessible use in small communities. Former student Mirno Pasquali collected waste from a nearby fish farm, stored it in a modified 44-gallon barrel drum, and waited. The methane that his system eventually produced was enough to fuel a small burner.

Though Pasquali graduated this past spring, he’s already in India continuing his work. He’s scaled up from the 44-gallon model to plans for a large biocenter, with an underground digester that can power two floors of sanitary public restrooms and community kitchens. He still hasn’t abandoned the smaller model entirely– a barrel system running on food waste will provide enough fuel for a family to cook three meals a day. That kind of energy saving is significant in rural India, where laborers only make around two dollars a day. Pasquali knows at least one farmer who, by loading ten pounds of manure into a simple, homemade biodigester every morning for the past six years, has saved roughly eight dollars a month on fuel costs. Now, Pasquali wants to educate others by sharing his experiences in a blog, which will focus on his efforts to improve local sanitation in the slums of India.

This weekend’s opening of “Playing Dirty” complements Pasquali’s work as a different kind of student effort–one that uses dialogue and movement to flirt with the unknowns surrounding our own waste: what it is, where it comes from, where it ends up. It challenges us to reconsider the boundaries of the stigmas we create for ourselves, or else to admit that we may be a bunch of “surface chauvinists” after all.