‘Lawless’ a solid piece of work 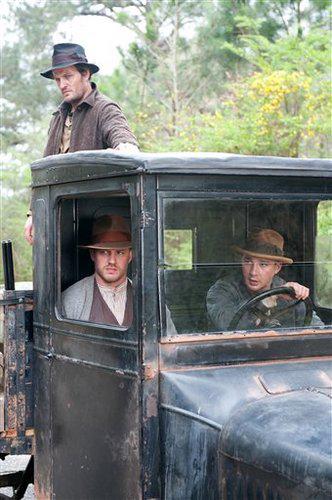 Lawless is a pretty solid flick. Shia LaBeouf actually plays a character with some depth, and Tom Hardy is back to his usual manliness.

The movie centers on the exploits of three back-country bootleggers and professional hard-asses known as the Bondurant brothers. Immediately viewers are plunged into the Prohibition Era’s “wettest county on earth” (Franklin County, VA), a time and place as savage as any in U.S history.

Although there is violence in the film, Lawless indeed can mollify all audiences with its engaging historical insights and romantic sub-plots.

Deep southern codes of honor clash with the march of progress. Tasty justice is dealt and painful blows are received.
I will concede that I was a bit peeved at certain points in the film. Stunning character studies and the photogenic Appalachian setting were occasionally compromised by superfluous shots of LaBeouf just being LaBeouf. He flat out wasn’t the most interesting character in the film. He does a good job, but he just wasn’t the actor I wanted to see.

However, the film more than compensated for that with Guy Pearce’s rejuvenated portrayal of a corrupt and genuinely creepy federal deputy. Jason Clarke, bringing surprising depth to his role as the middle brother Howard Bondurant, also proved his capability as a character actor.

Indubitably Tom Hardy steals the show. Hardy is one of the few actors that I truly feel has the “it-factor.” He is fast approaching the likes of Christian Bale and Russell Crowe in terms of tough guys with acting chops.
I would hesitate to call this movie an out-and-out homerun, but when you cast actors exceptionally well, and aim as high as director John Hillcoat did with Lawless, it is not a surprise that this one delivered the goods.