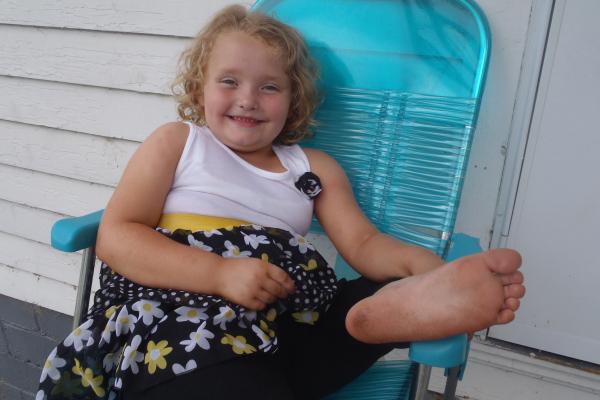 Although countless TV cooking shows have made me salivate for smell-o-vision, after watching TLC’s new controversial show “Here Comes Honey Boo Boo,” I have changed my tune.

One of the self-declared redneck Thompson family’s favorite habits is farting loudly, frequently and proudly, and I’m glad my nose remains an inactive viewer.

Even in the opening credits, the first sound is a loud fart emitted by mom June “Mama,” followed by (presumably) scripted “Ew, Mama,” and laughter. Yes, farting is funny.But now that an eccentric, overweight, shameless family of mostly females gives a little toot toot on TV, viewers either laugh in the safety of their own home or, outraged, argue that the end of civilization must be near.

After all, a lady never farts, right?

Her famous tagline, “A dolla makes me holla honey boo boo,” (for a momentary laugh, search it on YouTube) catapulted her and her family into the reality TV business. We know the entire family by their nicknames:dad Mike “Sugar Bear,” and sisters Anna “Chickadee” (17), Jessica “Chubbs” (15), and Lauryn “Pumpkin” (12). “Here Comes Honey Boo Boo” is quite the opposite of the glamorous pageant stage.

Instead the show follows the family as they take care of their teacup pig Glitzy, belly-flop into a pit of mud, eat cheese puffs off the floor, expose their stomachs and mash them around to turn their belly buttons into a pseudo-mouth.
And, of course, participate in the Redneck Olympics. The females talk a lot about their weight, but in ways that feel different than what we have seen on TV before.

Take, for instance, one of my favorite fart-centered moments, when Chubbs comes up with a new weight loss plan.
“My mother has told me in the past that if you fart 12-15 times a day you can lose a little weight,” she says. “So I think I’ll lose a lot of weight because I’m going to fart a lot.”

If beans start flying off the shelves, we’ll know why.

Ridiculous, right? Maybe, but it is part of what draws viewers in. One of my housemates, a fellow “Here Comes Honey Boo Boo” viewer, walks around my house imitating the wannabe pageant queen. She contorts her voice into a high-pitched rendition of, “I likes to get in the mud because I like to get dirty like a pig.” And I laugh every single time.

For one, she is really good at the impression. But also, I am laughing because I’ve never seen anything quite like the Thompsons on TV before. I’m uncomfortable, I’m entertained, I’m shocked. But I am watching.

Our social norms (what is okay and not okay to do in public) tell us that the shamelessness of the Thompsons and their daily activities isn’t “normal.” The show stereotypes rednecks as underclass citizens who don’t have the social awareness and know-how that the viewers (“normal” citizens) have.

This contradiction to what constitutes “normal” could explain why viewers are responding to the show in a mean-spirited way (for evidence, read Honey Boo Boo related jokes on Twitter).

If we accept the Thompsons, we have to redefine what “normal” means within our society, and that makes people uncomfortable.
Instead, we make fun of or are horrified by Honey Boo Boo and family so that we define ourselves as “normal.” We would never fart in public. We would never draw TV viewers’ attention to our three chins. “Here Comes Honey Boo Boo” is watchable because we like to see people making fools of themselves for our entertainment.

But more is going on here than just the exploitation of the redneck stereotype and Mama’s farts for TLC’s profit.We’re watching despite of or because of our discomfort. Although they’re easy to judge, the Thompsons are doing a lot of normal things which seem to be overshadowed by the horror of the on-camera fart.

Mama forbids her daughters from swimming in a body of water because she has heard that there’s a flesh-eating bacteria in it. Honey Boo Boo wears a floating device while at a water park.

The girls walk a few feet ahead of Mama when she does something that embarrasses them.
Wait…is this really what the end of civilization looks like?

But the show’s normal, day-to-day moments often go unnoticed because we’re so focused on all the socially unacceptable things that the Thompsons are doing. The show is structured in such a way that throws these atypical things in our face, and those become the source of our entertainment.

What’s pertinent is that regardless of whether we’re entertained or horrified by Honey Boo Boo, we don’t really want to be her.
With such backlash against the show, it’s somewhat surprising that people are still watching: “Here Comes Honey Boo Boo” beat out the Republican National Convention in viewership for the 18-49 age range according to The Hollywood Reporter.

If this show marks the beginning of an apocalypse, then people are preparing by sitting in their couches and continuing to watch civilization being blown away by farts.