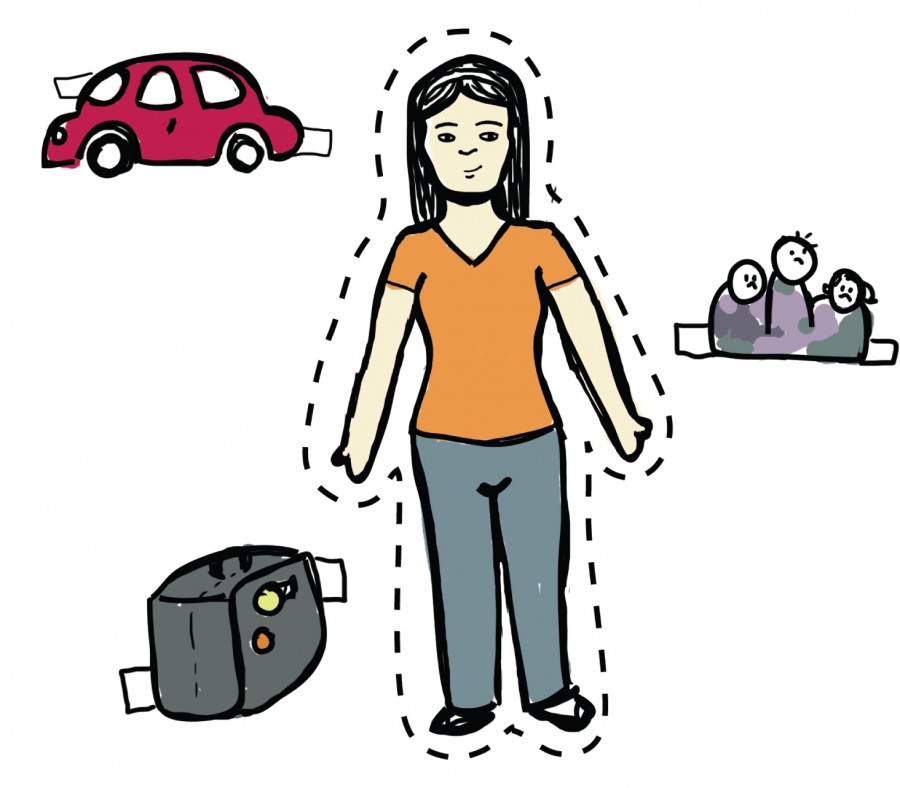 DISCLAIMER: This piece was intended to be humorous and should not be taken seriously. Any resemblance to real people or events is purely coincidental.

Involvement-Addict Allen
Allegheny’s the kind of school where practically everyone gets involved in some kind of extra-curricular activity. But sometimes it gets out of hand. Everyone has a breaking point, and Involvement-Addict Allen is an example of someone who has failed to properly identify his own. After he connected so well with the members of Association for the Advancement of Black Culture, he couldn’t wait to join another club and make even more friends. So he joined the Grounds For Change board. Then he figured he’d better balance out his social activity with some political involvement and joined the College Democrats. He added violin lessons to try and refresh the musical skills he had in high school and he’s already preparing to pledge a fraternity at the start of next spring. Now he won’t even have time to write for the college newspaper, his original goal when he was applying to schools. Watch out, Allen – if you don’t cut back, you’re headed straight for a first-degree meltdown of the mental variety.

“Let’s Hang Out” Holly
Holly looooooves college. She can’t get over how awesome it is that she has twenty new girlfriends all living on her floor in Brooks. If she ever gets lonely and wants to have a conversation, she can just walk right next door and see what her neighbors are up to! So every time she finds herself with nothing to do, Hang-Out Holly scouts out acquaintances and suggests an activity: lunch at McKinley’s, shopping at Wal-Mart, watching movies in her room. It’s so easy to socialize here at college that Holly soon forgets to make time for herself and now she has 20+ different people texting her a day, asking her to hang out. It won’t be long before Holly suffers from a syndrome known as Human-Interaction Overload. Hopefully, she’ll learn that there is more to the freedom of college than being able to spend time with people every waking moment. The other side is being able to choose what you want to do – and that doesn’t always have to involve other people.

Marvin the Mooch
He seemed like a super cool guy to begin with, but now all of Marvin’s new college friends flinch when he draws near. “Let’s order some Vocelli’s,” Marvin suggests innocently, and his roommate manages an awkward cough and lies about his other plans. You see, Marvin has slipped into the mooch-like routine many first-year students often can’t avoid when they’re exposed to the welcoming atmosphere of college. It’s totally understandable. After all, what was Marvin supposed to think when he showed up at his first party and was presented with a warm greeting, a slice of pizza and a nice cold drink? The party host handed over that pizza with the same warm friendliness possessed by a mailman delivering a well-deserved package to someone on his regular route. And it was history: now, Marvin consistently behaves as though he is entitled to more than he really deserves. Hopefully he’ll adapt to the give-and-take structure of basic college etiquette and start pulling his own weight soon.

Fiona Far Away
College is an exciting time, full of new adventures and experiences — like road trips. Fiona, originally from the Pittsburgh area, was the only one of her close high school friends to come to Allegheny. This hasn’t turned out to be nearly as nerve-wracking as she’d expected; she’s made friends with a number of girls on her floor and has even bonded with the members of the rugby team, which she hopes to join next fall. However, Fiona is so generally intrigued by college atmosphere that she longs to see what other schools have to offer. So she plans a solo road trip for one of the first weekends to visit one of her best friends, who attends Slippery Rock. Before she knows it, Fiona has caught the “college-hopping” bug. She visits two more colleges that month of September, and soon begins to feel weighed down and tired from all the hours of driving and “catch-up” time when she returns to home base. The visits are always fun, but Fiona doesn’t yet understand that she’d enjoy them far more in moderation. Ideally, Fiona will cut back on her trips off campus so she can start fully absorbing her Allegheny experience and not feel so ‘far away.’