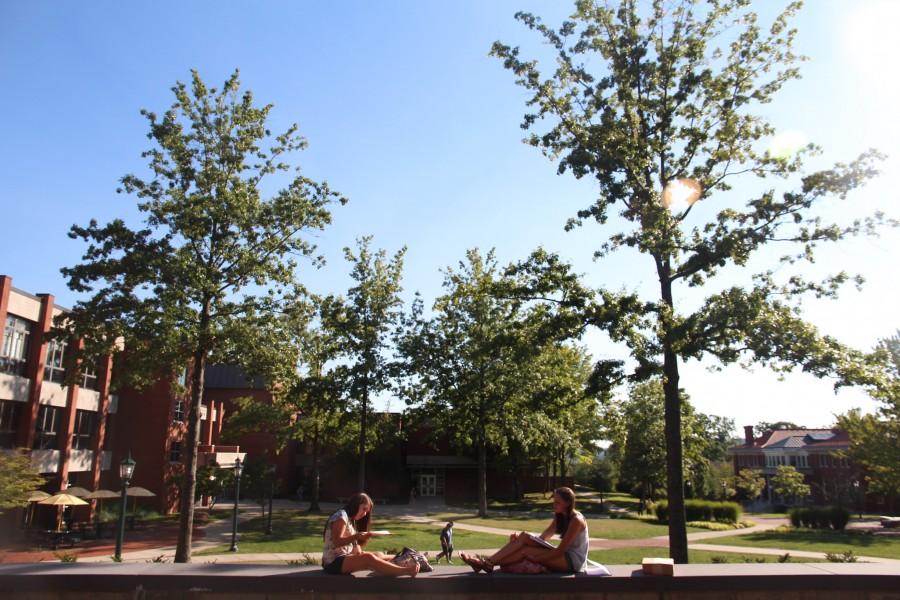 This year Allegheny’s typical five-day orientation was shortened to three days so that parents wouldn’t have to move their kids in on a Thursday, said Ed Giles, assistant director of the Learning Commons.

Also contributing to the schedule change was the insertion of two Gator Days into the academic calendar.

Last year, faculty decided to implement two Gator Days, one per semester, to encourage all-college programming. This addition to the calendar pushed back the start of school to Tuesday, forcing those responsible for planning orientation to choose between either cutting two days from the week, or pushing the event back entirely.

Although peer leaders, presentations and breakout sessions still awaited the new students this year, a shorter orientation is new territory for the College.

“In the history of Allegheny, we’ve never done this before,” said Ed Giles, assistant director of the Learning Commons.

He said parents would have had to move their kids in on a Thursday this year if orientation had lasted its usual five days.

“It’s important to give families the time to move in on Saturday,” said Giles. “That way there is no need for parents to take off work,” said Giles.

The two-day reduction provides parents the luxury of a weekend move in, but sacrifices some
programming and activities that are traditionally available to new students.

However, some of those activities will be re-scheduled for a later date outside of orientation week.
Giles said a need for in-depth programming beyond the initial keynote presentation at orientation has been recognized.

Therefore, supplemental programming directed at first-years has been established to take place every Wednesday at 8 p.m. for the first eight weeks of the fall semester. This programming includes Sue Plunkett’s Sex Talk, a presentation by Washington, D.C.-based nonprofit Men Can Stop Rape as well as programs from the CIASS (Center for Intercultural Advancement and Student Success) office, Learning Commons, Counseling Center, and ACCEL (Allegheny College Center for Experiential Learning). This year’s keynote speaker Carrie Zimmerman was selected due to her program’s entry-level coverage, which makes the topics of acceptance and community more relatable for students who arrived on campus just the day before.

“The thing with orientation is that there is so much going on, it can be overwhelming for students and
families. The information is difficult to retain. With programming spread out, it is easier to retain,” said Giles. “The hope is to have students connect with resources throughout the first semester. This way, it doesn’t stop once classes start.”

“Smaller colleges typically don’t do 10 or 11 summer sessions because we don’t want to split everyone up,” he said. “With about 500 students in a class, it’s easier to have everyone on campus together.”

The downsized orientation did lead to what Giles acknowledged to be a ‘hectic’ experience, particularly for returning students, who had only one business day to prepare themselves for the start of the year.

“I felt like I was really rushed, and that I didn’t have enough time to get settled in, let alone prepare for my classes,” said returning student Courtney Morando, ’14, who lives in California.

Though the schedule changes caused inconveniences for many students, Tyler Gund, ’13, who worked on orientation over the summer, believes they were for the best.

The new three-day orientation schedule will remain in place for the foreseeable future, unless more
changes are made to the academic calendar.