Search for suspect shifted back to Ohio 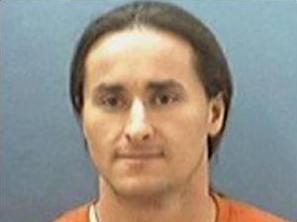 Following the initial five-hour chase yesterday of an armed and dangerous suspect, the City of Meadville Police will not pursue a search today unless the man is sighted in the area, according to Thomas Liscinski, assistant chief.

Keith Green, 35, is wanted by the Ashtabula Country Sheriff’s Office in Ohio for drug charges, burglary and theft, according to a report by the City of Meadville Police Department.

“Unfortunately, he eluded everything we did yesterday,” Liscinski said. “From that point on, we turn everything back to Ohio authorities and they take it from there.”

The last time law enforcement caught sight of the suspect was before four o’clock yesterday.

Allegheny resumed classes today following a campus-wide email sent at 6:03 a.m. this morning from Safety and Security.
“The immediate threat is over,” said Jeff Schneider, director of the Office of Safety and Security. “It’s highly doubtful he’ll come back to the area, so he’s got to go somewhere else.”

After Ohio authorities initially issued a warrant for Green, he fled Ohio. They notified Meadville Police to be on the lookout for Green and a car registered to a woman in Meadville. Police located the car and began to surround a house on Park Ave. when Green escaped out of the back door yesterday, beginning the five-hour long chase through Meadville streets and wooded areas.
Following a call last night about someone fitting Green’s description, the police resumed the search near Allegheny and Baldwin Streets. Law enforcement never caught sight of the suspect.

Because there are no charges pending from the area, the search will be shifted back to Ohio, according to Liscinski.
“The only thing we’re going to be doing is following up on leads,” he said. “As far as the magnitude of yesterday, we will not be doing that unless there is a positive sighting of him.”

As for the college campus, security returned to normal protocol promoting campus safety, according to Schneider.

He said the suspect’s objective was just to get away and the lockdown was a precaution according to protocol.

“College campuses are ungated communities,” he said. “That’s why I’ve been promoting the CCTV (Closed Circuit Television) system because that’s another helpful tool in situations like these.”

Schneider said they were unsure whether the suspect ever set foot inside campus, but they took precautions because he was on the surrounding city streets.

“The consternation that exists now is just human nature,” he said. “We just have to work with people to make them feel safe again.”