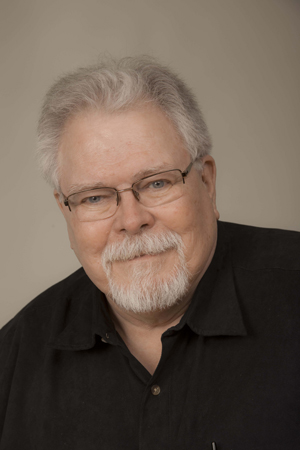 In 1967 Allegheny College was a very different place. There was no Black Studies program. The student body was much less diverse. Absent from the curriculum were classes that focused on issues of social justice. That all changed with Bill Bywater.

At the end of the 2012 academic year, Professor Bywater will retire after 44 years, leaving behind a legacy not just as an educator but as a mentor to both his students and his colleagues.

“He is truly a smart man with a unique and effective approach at teaching,” said Jennifer Lauer ’12.

He leaves behind a legacy that includes not only his contributions to social justice and the Philosophy Department, but to the Black Studies, Women’s Studies and the Lesbian and Gay Studies programs. Allegheny will commemorate Bywater on April 20 with a conference on Social Justice at 2:15 p.m. in the Tippie Alumni Center.

“[The conference] was a surprise to me, put together by my colleague Eric Boynton,” said Bywater. “I didn’t know any details until the posters came out.”

Born in Detroit, Bywater attended Lehigh University for his undergrad and the University of Michigan for his graduate work. Originally intent on being a lawyer, he left law school after one year.

“I discovered that the law was about winning, not about justice,” said Bywater. He then realized he wanted to teach, and has since taught at Allegheny for the entirety of his teaching career.

Over the years Professor Bywater has strived to diversify the college’s curriculum as well as its population. He helped to start the Black and Women’s studies programs, along with others, in the early 1970s.

In the mid-1970s he taught a course in philosophy and feminism and even earlier than that he taught a class on Black American thinkers. Bywater paved the way for other faculty to teach classes on themes of social justice. This was not without its challenges.

“It has been challenging and rewarding at the same time to get both faculty and students to see the importance of social justice issues as being part of the curriculum,” said Bywater.

As a professor for 44 years, few matched Bywater’s knowledge and expertise.

“His commitment to both the Black and Women’s Studies programs has been sustained and steady for a long time,” said Professor of English Laura Quinn. “He contributed through both the classroom and programming.”

Of the programs he has helped to implement at Allegheny, he believes they will go far.

“However, now it really looks like the college is going to be successful, it is really putting in a major effort to supporting the success [of students of all colors],” said Bywater. “There is a much stronger effort being made by the college than ever before in the area of Black Studies and inclusiveness.”

As well as making an impact on his peers, Bywater’s experience has been enriched by his peers over the past 44 years as well. Bywater counts Professors Don Goldstein, Paula Treckel, and Eleanor Weisman as just a small sampling of the many colleagues that have contributed to the richness of his teaching career.

“It is a weird feeling,” said Bywater. “I’ll miss helping people understand, better understand the world that we’re living in.”

Bywater was pleased about the introduction of the award.

“It is a really good idea to have an award like that for the college,” said Bywater. “It certainly is really good to be able to give people who are working in these areas recognition. The work can be difficult and sometimes lonely, it is nice to see that the recognition will happen for people on a regular basis.”

Professor Bywater’s vast knowledge and passion concerning social justice are not the only things that will be missed. He is known to be quite the joke-teller.

“There is one in particular that I remember. What did the mayonnaise say when the fridge door was opened? Stop it; I’m dressing,” said Jordan Abbott ’12, recalling his time spent as a student of Bywater.

In his retirement Bywater plans on continuing his social justice work and, of course, telling his jokes.