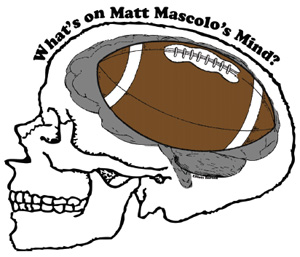 Now that the Pittsburgh Steelers have released the 36 year old wide receiver Hines Ward, arguably the most consistent pass catcher in the past 14 years for the team, Pittsburgh and NFL fans alike are wondering: Is the receiver done and if so, is he a hall of famer?

Ward has nothing left to prove in the NFL. Ward is a four-time pro bowler with two super bowl rings, and a Super Bowl MVP.

One of the interested teams is the Carolina Panthers, but there are several reasons why the Panthers would not be a suitable fit for Ward.

The Panthers, after losing Steve Smith, are extremely limited at receiver, and Ward could provide some veteran leadership on a young team quarterbacked by last year’s number one pick Cam Newton. There are two reasons why Ward isn’t a great fit there.

The Panthers play in a division with the New Orleans Saints and Atlanta Falcons, both teams with ten or more wins last season.

The Panthers are a couple of years away because they are young. If Ward is to go to another team, they must be a contender.

Second, with a solid bunch of receiver prospects coming into the 2012 draft (Justin Blackmon, Michael Floyd, and Kendall Wright), expect the Panthers to go after a sizeable receiver in the draft, even if it’s not in the first few rounds.

Unless Ward takes a huge pay cut, he won’t be signed by a team. Ward doesn’t have the top end speed (though, he never really did) to be consistently effective in the league anymore.

Cris Carter has been denied the Hall of Fame for five straight years. He tallied 100 more catches and 45 more touchdowns, but never won a Super Bowl with the Eagles or the Vikings.

Tim Brown was also refused Hall of Fame honors. Brown was largely more dominant than Carter, boasting nine straight seasons of 1,000 yards receiving, seven of those with at least seven touchdowns. He also made an impact in special teams, as one of the most feared returners in the game throughout his career. He appeared in Super Bowl XXXVII, losing to the Tampa Bay Buccaneers, 48-21.

If Ward retires this year, he should have some big name company in five years when he is eligible for the Hall of Fame: Randy Moss and Terrell Owens. Moss is a first ballot Hall of Famer even with the controversy that has surrounded him in certain periods of his career.

Owens should get in the first ballot too. He had 153 touchdowns and, aside from maybe Moss, was the most dynamic pass catcher in the NFL during his career. Owens might have been a head case, but his numbers far exceed the headaches he caused.

Ward, with over 1,000 catches, 10,000 yards, and 85 touchdowns, has Hall of Fame caliber numbers, but none of those quite match Owens, Moss, Brown, or Carter. Ultimately, the Hall of Fame is not going to vote all five of those guys into the Hall of Fame, at least not anytime soon.

Owens and Moss will get in right away, but Carter and Brown will continue to have trouble. That only is a sign of things to come for Ward. Yes, he has two Super Bowl rings, but that statistic bears greater weight for quarterbacks. Instead, a receiver’s impact on the field and on defenses is crucial in determining Hall of Fame status. Ward doesn’t have that on his side. He will be remembered in Steeler lore forever, among Bradshaw, Harris, and the Steel Curtain, but he’ll never garner the yellow jacket. It is a sad, probable truth for Steeler fans.