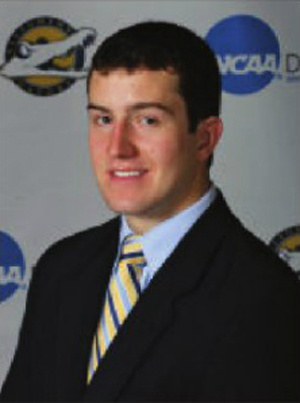 Ness is the 24th member of the 1,000 point club on the men's side. SPORTS INFORMATION

Individual accomplishments brighten losses on men and women’s side

James Ness, ’12, made history this past Saturday in front of his hometown crowd, as he became the 24th member of the illustrious 1,000-point club, when the Gators fell short against Kenyon, 67-64.

“It’s pretty bittersweet,” said Ness. “I’m never one to put personal achievements above the team. I would’ve rather made the playoffs.”

As much as Ness valued the success of his teammates, they are equally proud of his accomplishments.

“It’s a testament to how hard he’s worked,” said teammates Devonne McLeod, ’13. “He went from not playing his freshman year to scoring most of his points the last two years. It shows growth.”

Men’s basketball endured one of its toughest years in recent memory, finishing 5-20, but that does not take away from the personal success Ness has had as a college basketball player. Ness posted an average of 16 points and 7 rebounds per game the past two years. He paced the conference in field goals, averaging 62 percent.

“It’s a pretty good feeling [scoring 1,000 points],” Ness said. “It’ll be nice to come back and be a part of Allegheny’s history. I’m not really sure if it’s going to mean a whole lot after this. It will be nice to be in the record books and on the back of programs, to just be part of this club.”

Despite the team’s difficulties this year, Ness has a lot to be proud of as a Gator. He was the face of the program for the past couple of years and, in a lot of ways, was the face of Meadville basketball, a place he’s been all of his life.

“It’s really nice being here with the support of my family. A lot of people around town congratulate me and tell me I’m doing a good job,” said Ness. “Even a few times, high school kids tell me seeing my success and reading about me in the paper is big for them because it’s nice seeing someone from Meadville being successful at a college level.”

Now that Ness’ basketball career is over, he said he finds that big chunk of his day is missing.

“There’s definitely a feeling of emptiness,” said Ness, a geology major. “I really need to start hitting my comp now that the season is over. My advisor is getting on my case because I am a little behind.”

His senior project is comparable to an NCAC opponent, a challenge that Ness will be forced to overcome, but what Gator basketball fans have learned is that Ness will find a way to get the job done, one way or another.