DJ/rupture brings his turntables to explode the CC 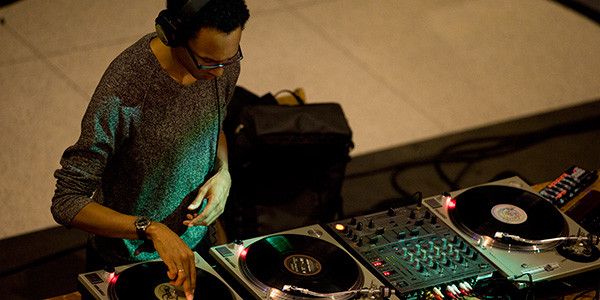 Between 150 and 200 students (some in costume) attended the concert.

“We invited rupture for something different,” said President of WARC Brett Bacon, ’11, who was dressed as a “bro” for the Halloween-themed event (think: layered shirts four-collars thick…popped collars). “Normally, we have indie rock groups, so we wanted to go with a purely electronic artist for once.”

“It sounds like a mixture of Owl City and African drums,” according to Aubrey Murano ‘12.

Rupture brought along with him three turn tables: one for acappella voices, a second for break beats and a third turn table to produce ambient effects or tambourine-like sounds.

“He just kept going because people were getting into it,” Bacon said.

Rupture only stopped when the sound was shut off by maintenance.