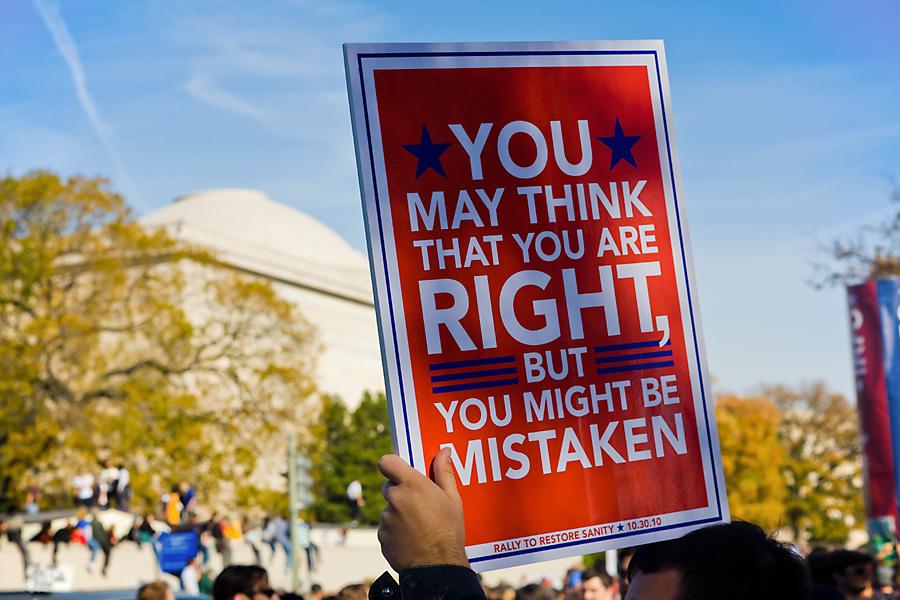 Unsurprisingly, Republicans were very successful in the midterm election, gaining control of the House of Representatives and cutting into the Democrats’ majority in the Senate.
The politically active on campus will surely devote much discussion to the results of the election and the implications over the proceeding days and weeks.
But it’s less likely they’ll discuss the disparaging turnout among 18 to 29-year olds.
Early exit polling done by CBS News indicates that young people made up roughly nine percent of all voters in the midterm election.
In 2008, young people made up 18 percent of the electorate.
Why the change?
Political scientists and campaign consultants offer several theories.
Americans are more likely to vote when enthusiasm abounds for the candidates they support and young people tend to support Democrats.
Young people historically don’t turn out for midterms.
Although Barack Obama’s candidacy in 2008 was uniquely galvanizing for young voters, both Congress’s and Obama’s agendas since 2008 have focused on issues mostly relevant to older voters, and thus young people don’t think voting is worth their time right now.
I, however, believe that something deeper may explain youth disengagement in 2010.
Scott McLemee, in an article for Inside Higher Ed magazine entitled “Rude Democracy,” discusses Jon Stewart’s Rally to Restore Sanity in light of a book written by Georgia Tech political scientist Susan Herbst (which is also titled “Rude Democracy”).
Herbst studied the views of young people and found that “72 percent of students agreed that it was very important for them to always feel comfortable in class.”
Herbst argues that, “Contrary to the image of college being a place to ‘find oneself’ and learn from others, a number of students saw the campus as just the opposite – a place where already formed citizens clash, stay with like-minded others, or avoid politics altogether.”
Based on Herbst’s study, McLemee, writing prior to the Sanity rally, argued that, while Stewart’s rally is likely to draw lots of young people and provide them with a fun weekend, “the anti-ideological spirit of the event is a dead end. The attitude that it’s better to stay cool and amused than to risk making arguments or expressing too much ardor- this is not civility. It’s timidity.”
Clearly, McLemee believes that the unwillingness of young people to engage in political debate is not a political virtue, but rather a democratically harmful form of indifference.
Before accepting McLemee’s assertion, though, I think several important questions need to be answered.
Why do the students in Herbst’s survey feel that it isn’t possible to persuade others?
Could it be that such a belief is the product of an uncivil political culture?
If students had political role models who successfully persuaded others in civil and respectful ways, would they be more inclined to view the political arena – and the classroom – as a space in which the clash of ideas can occur and yield positive results?
I can think of two positive things Stewart does.
First, he encourages young people to refuse to subscribe to the currently pervasive ultra-partisan view of politics that fosters incivility and acts as a barrier to progress.
Second, and more basically, he brings some level of political awareness through humor to people who might otherwise be totally apathetic and ignorant.
Stewart’s influence doesn’t breed timidity, but rather increased youth engagement of the type that rejects a toxic political culture.
It also seems possible that the “Obama Effect” that I mentioned earlier, the belief that young voters turned out in 2008 because of their admiration of the current president, is at play.
I’m worried that young people, perhaps naively, viewed Candidate Obama as a post-partisan role model and that President Obama’s lack of success thus far may further discourage engagement among young people who believed he had the ability to catalyze change without acting like every other “scumbag politician” they’ve come to dislike.
Moving forward, two things are clear.
First, the perspective of young people has the power to change the nature of partisanship.
If we, as a generation, continue to subscribe to the ideals of The Rally to Restore Sanity, we have the potential to improve the tone of politics.
Second, however, the burden most certainly falls solely on us.
Politicians are not going to pander to a portion of the electorate they don’t believe will turn out to vote.
If we want to transform Stewart’s rally from a sunny Saturday on the Mall into a new political reality, there’s only one thing we can do.
We’ve got to make our voices heard.
Delete Image
Align Left
Align Center
Align Right
Align Left
Align Center
Delete Heading