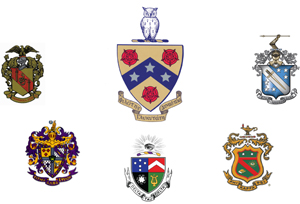 In a surprise vote over fall break, the Board of Trustees voted to allow the Phi Gamma Delta fraternity to return to campus as early as Feb. 1, 2012.

The decision was met with mixed feelings by the Interfraternity Council, who recommended against allowing FIJI to return in a vote this September.

IFC Vice President Rob Mortimer, ’12, characterized the unpleasant atmosphere of the IFC meeting that took place after the trustees’ vote.

“Everyone was visibly upset. I think it was a sense of betrayal,” he said. “Because when you look at the trustees—and I’ve had the privilege of meeting many of them—we can trust them to make these decisions for this institution.”

“We’re the future of this institution and we really feel like we were just pawns in a game that doesn’t even matter,” he added.

Chase Stelzer, ’12, the driving force behind FIJI, was pleased with the vote.

“I appreciate all the work IFC and the members of the Greek community have done to facilitate our attempts at recolonization in a very respectful manner,” he said in an e-mail. “Once the decision was heard, we received plenty of encouraging phone calls, e-mails and text messages and we sincerely appreciated that.”

In 2001, FIJI received an official message college’s community standards board explaining that they may begin recolonization after their suspension in July 1998. IFC explained it would prefer FIJI to wait another 5 to 6 years before regrouping and did not begin considering their requests until 2008. IFC never recommended allowing FIJI back on campus.

While some fraternity members supported FIJI, some felt the trustees rode roughshod over IFC’s recommendations against FIJI recolonization.

IFC President Cory Muscara, ’12, gave an overview of FIJI developments to the Academic and Student Affairs Committee the day before the vote took place. He denied Mortimer’s evaluation that IFC members felt betrayed and characterized them as “disgruntled.” He worried, however, that the Board of Trustees set a precedent of overriding the IFC’s wishes when they voted to allow FIJI back on campus.

“We no longer feel that we have that control,” Muscara said.

To the IFC’s knowledge, President Mullen provided the Board of Trustees with an overview of the process thus far but never made a specific recommendation to the board.

“His decision is supposed to have an impact,” said Muscara. “And he didn’t even get a chance to make a recommendation. He simply told them the information. And they weren’t going to vote during this meeting. They decided just to do it right there on the spot.”

Dean of Students Joe DiChristina denied that the Board of Trustees would have moved forward without President Mullen’s consent.

DiChristina also disagreed that the board set a precedent with its vote or that its timing was unusual.

Although he recognized IFC’s displeasure with the trustees’ vote, DiChristina insisted that FIJIs respected IFC’s wishes that they wait several years to recolonize and followed proper procedure to start a new chapter.

“I can’t deny people’s feelings,” he said. “What I can tell you is that this whole expansion policy and recolonization policy was followed.”

“It’s adding another fraternity here,” he said. “I don’t think there were philosophical statements against [FIJI]. It was really the spirit of competition.”

“I know some students might be frustrated, but I completely trust that they’ll move past that and they’ll find a way—Phi Gams will be a part of IFC and we’ll just move forward,” he added.

Stelzer will likely graduate before FIJI comes back to campus, but he plans to play an important role in the process.

“I will remain an informational source for the interest group and a means of communication between the graduate brothers, nationals and our interest group,” he said in an e-mail.

Mortimer, a brother of Phi Delta Theta, though frustrated with what he sees as a lack of communication between the trustees and IFC, expressed his support for FIJI’s efforts to start their new chapter in the spring.

“In the end, we’re all supportive of them,” he said. “We’ve all been there. We know the struggles and the challenges that they’re going to face. And I can speak on behalf of Phi Delts—we’re going to be there to help them. As long as they play ball and play by the rules.”

“Chase is a true leader,” he added. “He’s going to do well with whatever he puts his mind to. And whatever he needs, we’re here to help him.”

Despite concerns with the Board of Trustees’ timing and vote, Muscara supports FIJI and is optimistic about the future of Greek life after the recolonization of FIJI.

“Change is inevitable. It’s a part of life and it’s a part of this institution,” he said. “Without change, we’re not going to be challenged to move beyond our borders and be innovative and grow as a college or a Greek community.”