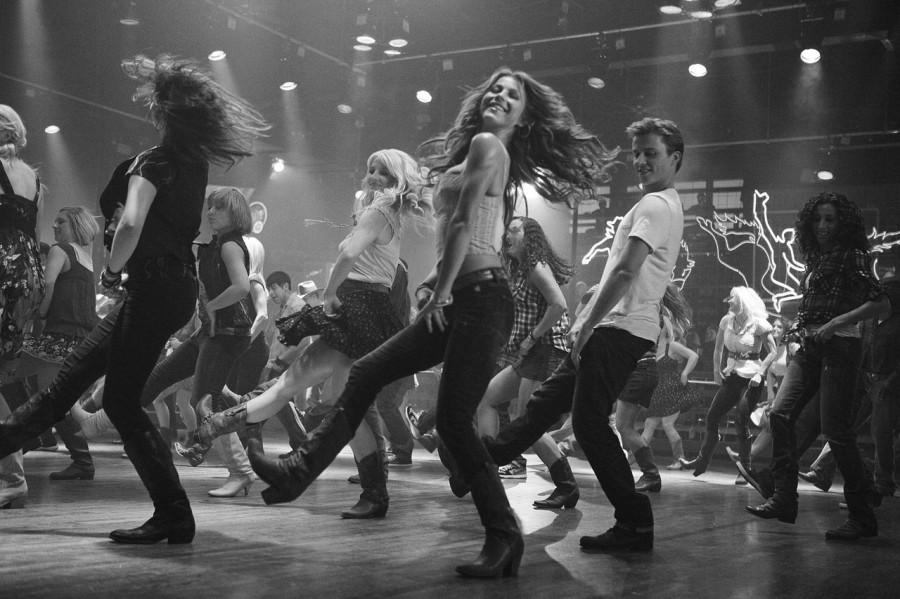 Ariel (Julianne Hough) stars in Craig Brewer’s remake of Footloose. Hough, who is a professional dancer in real life, proved to be one of the more convincing actresses in the film. Courtesy of FILM.COM. 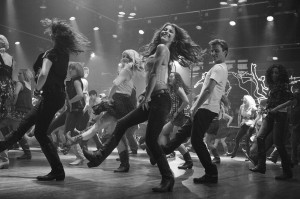 Ariel (Julianne Hough) stars in Craig Brewer’s remake of Footloose. Hough, who is a professional dancer in real life, proved to be one of the more convincing actresses in the film. Courtesy of FILM.COM.Passionate dancing, but lackluster acting defines the remake of the 1980s classic “Footloose.” The new film has all the moves and stays true to the plot, but doesn’t quite capture the infectious spirit that made the original so special.

Directed by Craig Brewer, Footloose centers on a city-bred young man who travels to the small town of Bomont. After a car accident killed five teenagers on their way home from a dance, the town enforced a ban on unsupervised public dancing. When Ren arrives, he is determined to shake things up and challenge the law.

I noticed that the director chose to show the accident that caused the town’s strict law against dancing, which I thought was an important addition to the movie because it helped me better connect with the characters and their emotion when talking about the tragedy. It made the film more real and I better understood why the town was so keen on passing the law against dancing.

Although this addition did help me understand the plot better, many other parts of the film were dry because the scenes were uninspired because there was almost no originality on the part of the director or actors. All of the now-famous moments were there, but lacked the excitement which made them so special in the original.

For instance, the “chicken” scene in which Ren and Ariel’s violent boyfriend compete with tractors to see who will turn away first, is modernized into a bus race in the town’s drag racing stadium. I didn’t think the change was very creative, nor was it nearly as suspenseful as the original.

Instead of an intense, one-on-one competition in which the two men race at each other and see who will turn their wheel first, the game became a race with four people who ran into each other with their buses. The whole scene was strange and it just seemed like the director was forcing a way to modernize the original scene.

The individual performances somewhat made me feel better about the film, but still left me with mixed feelings. Kenny Wormald is no Kevin Bacon, but he certainly captured the attitude of Ren’s sarcastic, Northern arrogance. After both Zac Efron and Chace Crawford opted out of the lead role, Wormald didn’t act like he was a third choice. As a professional dancer, he had no trouble mastering each genre, from country line dancing to hip hop. But, it was evident that he’s a dancer first, actor far second. This was perhaps most evident in the scene in which Ren has to challenge the dancing ban in front of the city council, a moment which Bacon performed so well. For Wormald, however, it seemed like he was forcing the lines and didn’t add any creative spin on the speech.

Julianne Hough, another actual dancer cast in the film, did a better job at acting as Ariel Moore. Hough. As a former professional on Dancing with the Stars who then became a country singer, Hough did well in her first feature film at capturing Ariel’s emotion when mourning her brother’s death and arguing with her father about the town’s strict laws.

The real scene stealer though, was Miles Teller as Ren’s likeable and uncoordinated friend Willard.

Teller’s dorky humor was fun to watch and just like the original film, the scene in which he learns to dance is extremely memorable.

One of the other positive aspects of the film was its soundtrack, which took the film’s original songs and created a pleasant modern sound. A couple of highlights were singer Ella Mae Bowen’s making Bonnie Tyler’s high-energized pop song “Holding out for a Hero” into a ballad and the movie’s title hit redone by country singer Blake Shelton.

Like it always is when I watch remakes, it’s impossible not to compare it to the original. Although I couldn’t put my finger on what was missing in the film, I’ve come to the conclusion that the actors just did not have the same enthusiasm.

Unlike Kevin Bacon and Lori Singer, Wormald and Hough aren’t seasoned actors…yet. The film didn’t seem to have much creativity and because it was so similar to the original, I couldn’t help being disappointed with a number of scenes I had known so well.

If the cast could have included the same passion they had while dancing into their acting, the film would have been much more enjoyable.