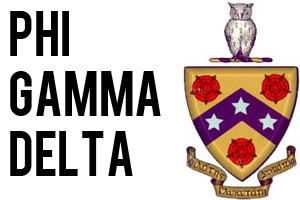 The Board of Trustees voted Saturday to allow the Phi Gamma Delta fraternity to establish a colony on campus.

The vote came as a surprise to many members of the Interfraternity Council, who thought the issue was resolved last year, when the IFC voted against allowing FIJI to return to Allegheny.

“I thought it was over with,” said Nate Summers, ’12, an IFC delegate for Sigma Alpha Epsilon. “I thought that after two years of getting the same answer, it would probably be a non-issue.”

IFC members knew that IFC president Cory Muscara, ’12, a brother of Phi Kappa Psi, would be making a presentation about FIJI for the Board of Trustees at their meeting this past weekend.

They did not know that the Board of Trustees would call a vote.

“We were very surprised,” said Sam Moritz, ’12, president of Phi Delta Theta. “We knew there was going to be a discussion about it, but we didn’t know about the vote. It sounded a little spontaneous, that it just happened like this.”

Summers noted that the Board of Trustees also voted against student opinion last year when the body approved the four-year on-campus residency requirement.

“It’s just frustrating,” Summers said. “You come into [Allegheny Student Government] and IFC thinking that the decisions you make are going to have some sort of effect. To have them reversed twice, that’s disenchanting.”

Chase Stelzer, ’12, one of the main advocates for FIJI’s recolonization, was far from disenchanted.

“We are elated,” Stelzer said in an e-mail.

FIJI is prohibited from holding official recruiting events until Feb. 1, 2012, and Stelzer said that advocates are now waiting to hear what the next step in the recolonization process will be.

He said that even FIJI advocates were unaware that the Board would call a vote.