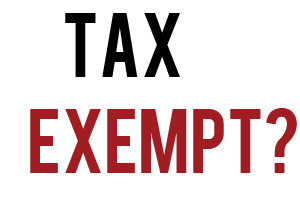 Allegheny College may no longer owe $350,000 in taxes to Crawford County and the city of Meadville after both parties sided with the college in the case pending in the Crawford County Court of Common Pleas.

Vice President for Finance and Planning Dave McInally said the Crawford County Assessment Office never visited the properties where the Vukovich Center and the Admissions Office stand to make an accurate assessment.

“Once that came out during the depositions, the county reversed course,” said McInally. “There’s a 30-day appeal period, so we have 30 days for anyone to object to the court’s position.”

“It never said unambiguously that this property has been moved to taxable status,” said Lee. “And the one part it mentions something, it was the smallest font on the notice.”

“The commissioners agreed that the properties should be exempt,” he added.

While the Assessment Office sent the college an incomplete tax bill, the college also made an avoidable mistake by failing to notice the bill and claim tax-exempt status for the properties, McInally said.

“I would not blame the person that didn’t see that on the bill, but we still don’t ever want to miss anything like that,” McInally said.

The worker who missed the tax notice no longer works for the college, having made a planned retirement McInally says has no connection to the situation.

County attorney Keith Button was skeptical of the college’s claims.

“They received the same notice everyone else does,” said Button.

The county chose not to pursue the matter after the commissioners decided the properties would be tax-exempt in the future.

“It was not worth getting involved in protracted litigation for one year,” Button said.

The $350,000 owed would not have affected the college’s budget. Instead of granting Meadville a gift of $65,000 each year, the college would pay the tax bill as ordered and refrain from making the annual gift until the tax bill was paid in full.

“It means more cash earlier, but that’s a cash flow question rather than an actual budget question, so it would have no effect on tuition or financial aid at all,” McInally said.

The yearly $65,000 gift the college gives to Meadville, paid for by student tuition and alumni donations, results from a 10-year agreement with the city.

In 2005, college president Richard Cook agreed to donate $50,000 to the city each year after the college acquired the property where the North Village housing complex now stands. After purchasing Allegheny Commons, the college increased its gift to $65,000.

As the college continued to buy property to expand housing, it claimed tax-exempt status for its new properties since they were used for educational purposes.

“They obviously lost those taxes, so we made it up in the gift,” McInally said . “It’s a question of balance, what’s the right amount to be supportive to the community. We didn’t want to do harm to the community when we buy property and take it off the tax rolls.”

The Crawford County Assessment Office was unavailable for comment.