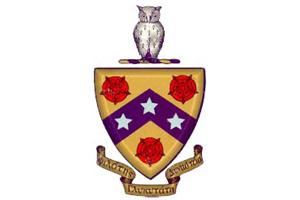 With a vote of 6-4 by the Interfraternity Council against the re-introduction of the Phi Gamma Delta chapter on campus, the fraternity has hit another roadblock on its way to re-colonization.
Chase Stelzer, ’12, the driving force behind the implementation of a FIJI chapter, is not discouraged by the vote and continues to work with the college and FIJI nationals.
“I am disappointed but undeterred,” he said, in an e-mail.
Cory Muscara,  ’12, Phi Kappa Psi brother and president of the IFC, feels that the IFC has given the FIJI decision due diligence and the process was carried out fairly.
“The vote is not the opinion of the IFC. It’s the opinion of its constituents,” said Muscara.
No specific timeline exists for bringing a chapter of FIJI back to campus.
The IFC made its recommendation to President Mullen. From there the President will make his own recommendation, which may differ from the IFC’s.
“We provide the information and it’s their decision,” Muscara said.
President of Phi Delta Theta Sam Moritz, ’12, voted for the re-introduction of FIJI. Phi Delta Theta’s chapter executives urged delegates to vote ‘yes’ on FIJI and the fraternity itself enthusiastically welcomed the idea of a new chapter on campus.
Moritz believes welcoming FIJI on campus will bridge the gap between athletics and Greek life while encouraging more of the student body to pledge.
Stelzer disagrees with the characterization of FIJI as the football fraternity .
“The alumni, nationals, and myself do not want this to be a ‘football fraternity,’ nor do I expect it to be,” Stelzer said in an e-mail. “The majority of this interest group is made up of non-athletes. That label is not applicable because no one knows who would be chosen.”
The slow process disappointed Moritz, who expressed regret that many graduating seniors, especially Stelzer, may not see the re-establishment of FIJI during their tenure at Allegheny.
“Chase Stelzer has been a part of this process since he was a sophomore and the representative of FIJI, and now he’s going to graduate and never see this come to fruition, which is hugely disappointing,” he said.