Planks, cows and ghosts: a primer to Allegheny myths and legends 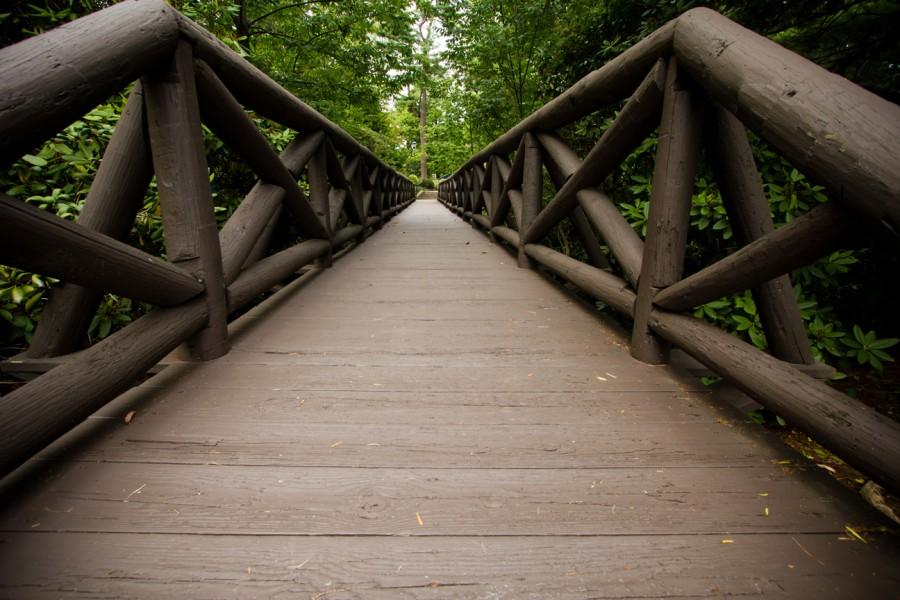 Freshmen arriving at Allegheny step into the rich history and traditions.
Rumors, myths and second-hand stories are passed down from student to student. Ghost stories are especially popular.
For years, students have whispered about the ghost of a girl who committed suicide in Brooks after her boyfriend fell to his death during a fraternity pinning ceremony.
Versions of the story vary—in some, she leapt to her death off the balcony of Brooks, and in others, she died in her room—but in the end, her room had been sectioned off by the college because its eerie problems made it unlivable.
Erin Dakas, ’13, who often walks through the reputedly haunted hall on the fourth floor of Brooks, said she feels odd while staying there, but has heard no strange noises.
“I don’t know that that really happened,” she said.
“I want some proof that it happened. If there was a mutant girl wandering around, that would be really cool.”
Others deeply doubt the story’s truth.
“That never happened,” said college historian Jonathan E. Helmreich, author of “Through All the Years: A History of Allegheny College.”
“There is no authenticated ghost.”
Helmreich did not rule out the presence of spirits haunting the halls of Allegheny altogether.
He and former college president Richard Cook, who worked late into the night below a portrait of college founder, Timothy Alden felt spirits of past students and faculty because they “are immersed in dealing with traditions of the college,” according to Helmreich.
Helmreich inadvertently sparked what he calls “a little myth” about a ghost himself.
Over 20 years ago, the third floor of Bentley was deemed unsafe by the fire department and condemned.
Undeterred, Helmreich worked in his research office during quiet weekend afternoons.
Curious students often crept through the upper floors, and one girl, after hearing Helmreich shuffle behind his closed door, screamed and ran out of the building, believing she had heard a ghost.
Many students also know the story of future president William McKinley leading a cow up the stairs of Bentley as a prank, since cows are unable to walk down stairs.
Exasperated after trying to coax the startled cow out of the building, the fire department butchered the animal where it stood—so the story goes.
Yet the veracity of this myth has been called into questions by other students as well.
“McKinley did not take a cow to the top,” said Morgan Finton, ’12, relating the story as told to him by a veteran tour guide.
“After the Civil War, in rural Meadville, PA, William McKinley took a goat into Bentley and left it in a classroom.  They considered this ‘good humor’ since it was rural Pennsylvania and taking farm animals was considered funny.”
Other traditions of Allegheny include the thirteenth plank on the Rustic Bridge.
Years ago, a rivalry between the freshmen and sophomore classes culminated in a contest to seize a walking cane planted in the middle of Schultz lawn.
As the years passed, the competition became muddled and changed as classes left and changed.
Eventually the tradition required a male sophomore student to kiss a female from the rival freshman class on the  thirteenth plank to earn his colors as a true Alleghenian.
The mystique of the thirteenth plank has charmed many young couples.
“It’s kind of fun and kind of cute,” said Dakas.
“I have a boyfriend who doesn’t go to Allegheny and I brought him to Allegheny and we kissed on the thirteenth plank.”
True stories of student antics and time-honored traditions, though less well-known than many legends, still remain a part of Allegheny tradition.
According to Helmreich,  many of them, including one detailing rowdy students placing skeletons meant for anatomy class in Ford Chapel, deserve to be retold and remembered as much as the ghost stories.
“There are enough real stories that are of interest to pass on,” he said.