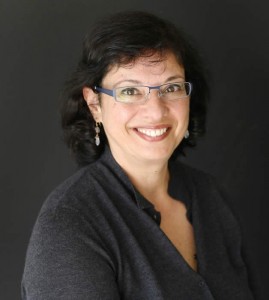 Bruised and bleeding, 17–year–old Enrique crossed Mexico from Honduras atop freight trains in hopes of eventually finding his mother in the U.S.
Sonia Nazario met him on his eighth attempt and traced his entire journey to research and write her Pulitzer–awardwinning series of articles for the L.A. Times, which eventually became the novel “Enrique’s Journey.”

On Monday, Nazario visited campus as a speaker for the Year of Global Citizenship (YOGC) to share that story with the college community.
This year’s theme aims to “enlarge Allegheny’s understanding and awareness of what it means to be a citizen in an increasingly globalized world,” according to the Allegheny College website.
“Citizenship is global and local,” said Marin Ping, ’11, member of the steering committee for the YOGC, “[Nazario] illuminates some of the issues that we hear about so often in our country about migrants who want to come here.”
“A couple years ago, I read ‘Enrique’s Journey’ and thought that everyone in America should read this book,” said Professor Shannan Mattiace, Faculty Coordinator for the Year of Global Citizenship. “I wanted Sonia to speak because she promotes the adversity of migrating to the U.S. from Central America.”
Nazario spoke about Enrique and the statistics of immigration in the U.S. at a luncheon hosted by UL on Monday.
“We were really honored to have her come,” said Francheska Vargas, ’12, President of Union Latina. “It’s a good experience to have a Latino speaker talk to us about the discrimination these young migrants have when trying to cross the Mexico–Central America border.”
Students at the discussion seemed to react to Nazario’s conclusion that migrants faced more discrimination in crossing the Mexican border than crossing the U.S. border.
“The conflict with Mexico itself is surprising,” said Jamie Havens, ’11, Vice President of ASG. “There is so much discrimination for Central Americans. It’s a very gruesome experience for them.”
Later in the day, Nazario talked about the mothers of boys like Enrique, and the decision they often have to make to leave their families and live in the U.S., providing food and an education for their children from afar.
To American students who have never been faced with such a decision, the choice may seem clear.
“I think I would rather live in poverty and stay with the people I love,” said Charles Hicklyn ’12. “I wouldn’t want to risk never seeing my family again just to provide them with money.”
Nazario also talked about the research process behind writing the story of the young migrants in Mexico.
“My job is to watch misery in order to tell reality,” Nazario said. “The hardest part about writing the story of these migrants was not being able to help them.”
According to Nazario, poverty and lack of work is driving people to migrate up to the U.S. and there is a way for students to help.
“This year we are promoting an organization called Advocating Health and Development, a group working with a community development project at a garbage dump in Nicaragua,” said Professor Mattiace. “This connects Allegheny students directly to the poverty in Central America.
Students may not make leaps and bounds as Enrique did across the U.S.- Mexico border, but Nazario’s lecture likely encouraged students to become more involved in global citizenship.