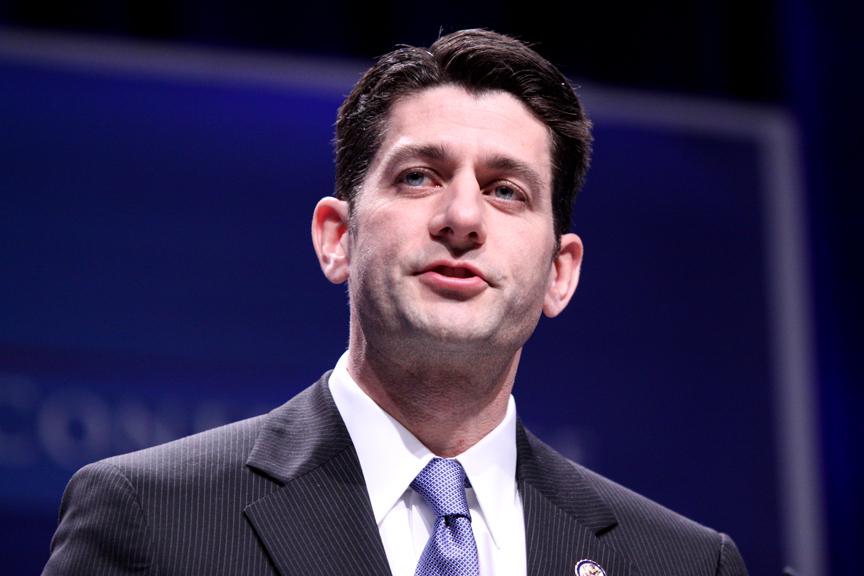 America faces the prospect of a federal government shutdown, as the GOP’s demand for even broader cuts has legislators on both sides locked into a partisan debate with little room for compromise.
President Obama met with House Speaker John Boehner on Tuesday to attempt to negotiate a workable solution. Speaker Boehner has told his party to “embrace for shutdown,” showing the dismal prospects for any immediate reconciliation.
Added to the fiscal debate now is a radical budget blueprint for 2012 issued by Republican Representative Paul Ryan, chairman of the House Budget Committee.
His plan calls for more than $5 trillion in cuts from federal spending over the next decade.
With the ballooning national deficit, the rhetoric of spending cuts has proven popular, as evidenced by Republican and tea party successes in the 2010 midterm elections. Unfortunately, Ryan has taken this wave of anti-government sentiment past sensible policy and into a realm of recklessness.
Unfortunately, the cuts in the proposal represent a perverse agenda that has been typical of Republican priorities in the past.
The largest cuts will be concentrated to Medicaid and Medicare. His new privatized Medicare program would essentially operate under a system of vouchers, requiring seniors to purchase programs through private companies. Under Medicaid, the federal government would give an amount of money to each state to allocate as it chooses.
Although the GOP ran against cutting Medicare in 2010, the counterintuitive plan will have seniors paying more for less care, according to the Congressional Budget Office’s analysis released Wednesday.
As the CBO anaysis reports, the proposal’s reliance solely on private insurance companies ends up driving up cost of care per person, as those companies exist for profit, not affordable coverage.  Also, one of current Medicare’s important functions is keeping the cost burden low.
Ryan’s plan does save the government money on health care, but elusively shifts the cost burden to America’s retirees that already cannot afford their plans.
Under the new Republican budget, federal funds would be funneled into the already bloated profits of medical insurance providers.
The insurance companies aren’t the only companies to receive help from the GOP’s newest plan. One proposal is to lower the corporate tax rate by 10 percent.
This runs completely counter to the goal of closing the deficit, as it would lower tax revenue taken in by the federal government.
Also quite predictable is the proposed increase of the federal defense budget, to $533 billion in 2012. Once overseas contingency operations are added to the cost, defense accounts will account for more than one in five dollars spent by the U.S. next year.
While the United States lives beyond its means and a more efficient budget is necessary, the GOP’s proposed blueprint is simply irresponsible.
Other cuts include education and scientific research and development, two areas vital to continued economic prosperity and American competitiveness in the world.
In light of the recent recession, the federal government should focus on funding new, valuable technologies, improving the quality of education and providing health care to all of its citizens.
Instead, Ryan proposes to decimate the safety net and the basic health care entitlements on which millions rely.
The timing of these deep proposed cuts adds to the absurdity.
When the federal government balanced its budget under Clinton, the state of the economy was strong, and spending cuts were rational compromises that led to a more efficient government.
The economy is now in the midst of a shaky recovery. Removing $5 trillion from necessary programs will derail any hope for sustained economic expansion and any hope of a future safety net from economic failure.
Speaker Boehner now faces the difficult choice of continued pandering to his partisan base or compromising with House Democrats to find a more reasonable approach to the budget.
The prospect of a complete shutdown looms as all eyes watch to see how far Ryan and Boehner will ride their rhetoric into the abyss, while risking America’s future.