Year of Abstinence kicks off with balloons, communism 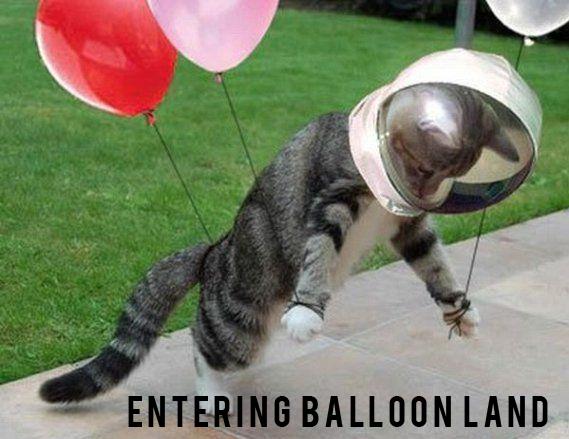 Director of Year Themes Vladimir Khruschev had a vision to make next year’s theme exceed the wide-open possibilities of this year’s theme, the Year of Global Citizenship.

After months of brainstorming, Khruschev came to an agreement with his Board of Year Themes Monday and released next year as the “Year of Communism and Abstinence and Balloons.”

“With this theme, the opportunities are endless for political, economic, social and fun aspects of Allegheny and of the world,” said Khruschev.

“The school can now explain its monetary uses with communism, its health center’s lack of reproductive health with abstinence, and its fun events for students with balloons,” he explained proudly.

Students will also be able to help create the year’s thematic events in the name of communism by submitting their ideas in a box in the campus center lobby, none of which will be read.

Many students responded strongly, both out of praise and out of contempt.

Artem Petrov, ’13, of College Democrats praised Khruschev for his originality in creating this “absolutely brilliant” theme.

“It allows students to express their interest in not just one thing, but a variety of things,” he said. “Not to mention there will be ways to combine them all together!”

Some students wanted portions of the theme to overlap in questionable ways.

Fellow Democrat Max Gorbachev, ’11, looked at the theme from a practical standpoint.

“Since we practically already are a communist society, I find it fitting that it is part of our theme,” said Gorbachev.

On the other side of the political spectrum, College Republican John Smith, ’12, openly discredited the theme because of its overt liberalism. Because liberalism is communism.

“I never could have fathomed that the college could get more liberal with its themes after Social Change and Global Citizenship, but they obviously proved me wrong,” he said.

Abstinence or not, Smith still didn’t agree with the theme.

“The school, and its students, will ultimately suffer,” he said.

Sky Green, ’12, of the Students for Environmental Action organization, agreed but for the amount of helium that will be released into the atmosphere because of the balloons.

“People will ultimately let go of their balloons outside to watch them float away,” she deduced. “They will only pollute the atmosphere and wherever they land.”

Khruschev insisted that the administration will find environmentally-conscious ways to promote the theme, but Green doesn’t see how they prevent students from releasing the balloons.

“The balloons could travel for thousands of miles, and if they land in the ocean, turtles will think they’re jellyfish and eat the balloons,” she said. “Do you want the turtles to die?”

She suggested blowing the balloons up by mouth instead of using helium. Then there just has to be a committee established to pick up the remnants of the rubber latex balloons.

Speaking of rubbers, ReproCo member Susan Anthony, ’13, is discouraged with the abstinence part because of their recent push to get better reproductive health choices at the health center.

“After all that we’ve done to show the administration that as college students and as adults we have sex, they are still going to promote abstinence?” she exclaimed. “I’m baffled.”

In the past, they’ve made buttons that say “I have sex after 4 p.m.” and have handed out free condoms for students.

There are students in good spirits about next year’s theme.

“I think it’s going to be a blast,” said John Candy, ‘11. “If not at the very least, we can joke about the abstinence part.”

“Like we don’t have sex already,” he said. “And like we aren’t going to next year, too. They’re dreaming in balloon land.”