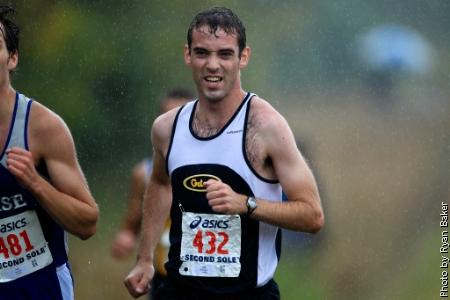 Although it’s been some time since the men’s cross-country team has competed, some of the Gators’ younger runners made an impresive showing at last weekend’s race at Slippery Rock University.

While teams such as Carnegie Mellon, who hosted the meet, competed with their top runners, Allegheny’s junior varsity runners still placed ninth out of 16 on the notably hilly course.

Jack Denison, ’14, who ran a 28:37, led the freshmen runners with a 65th place finish. This competition was the first collegiate race for the team’s freshmen.

“During high school runners complete a 5k course but in college the race is moved up to an 8k,” he said. “This transition is very difficult at first, so this first 8k ran by the freshmen is a great learning tool. All of the freshmen proved up for the challenge and competed very well.”

The 8k race is about two miles longer than a 5k, so runners need to adjust their pace to the additional distance.

Even though the varsity runners have not raced since a preseason meet in early September, they have been focusing on fitness and workouts in order to prepare themselves for the upcoming race this weekend that will mark the true beginning of the season.

“The Paul Short Run is one of the biggest east coast races for all divisions. We’ll see where we stack up as a program and we’ll get some good competition,” said head coach Brent Wilkerson. “Some of the best competition in the United States will be at this race.”

The Gators, ranked 3rd in the nation, will be racing against rivals Haverford, ranked 4th, and No. 8 St. Lawrence.

“This will give us a true test to prove to ourselves how good we truly are since we haven’t really had a meet to show this. I feel we will rise to the challenges posed by both teams and we will be able to go head-to-head against many Division I programs,” Parker said. “We have arguably the most talented cross country team in Allegheny’s history and in the next couple of weeks we will be able to prove ourselves to the other teams in the country.”

The Paul Short race will take place at Lehigh University this Friday, October 1.