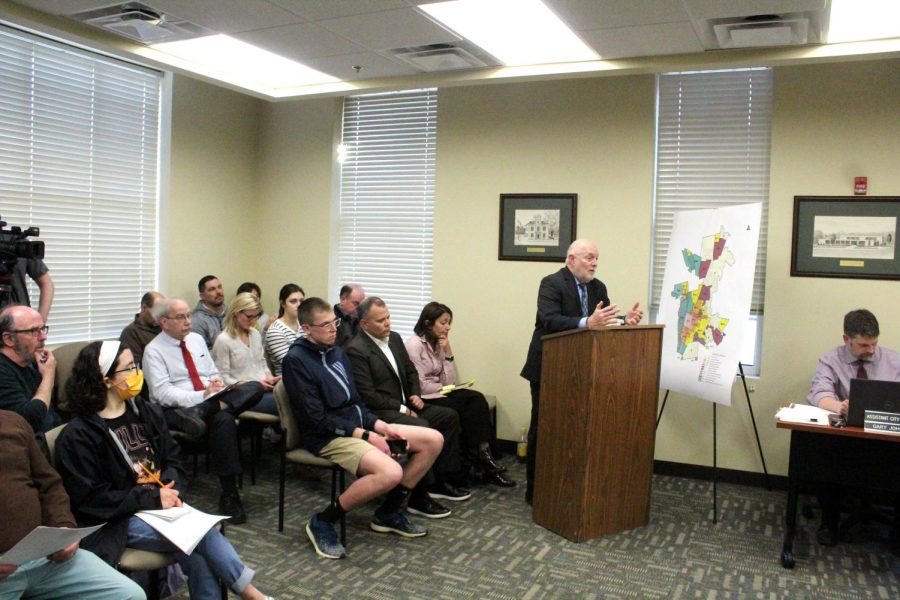 Mark Kozar of Flaherty & O’Hara, a firm in Pittsburgh that specializes in liquor licensing, responds to public comments on the during the April 21 hearing.