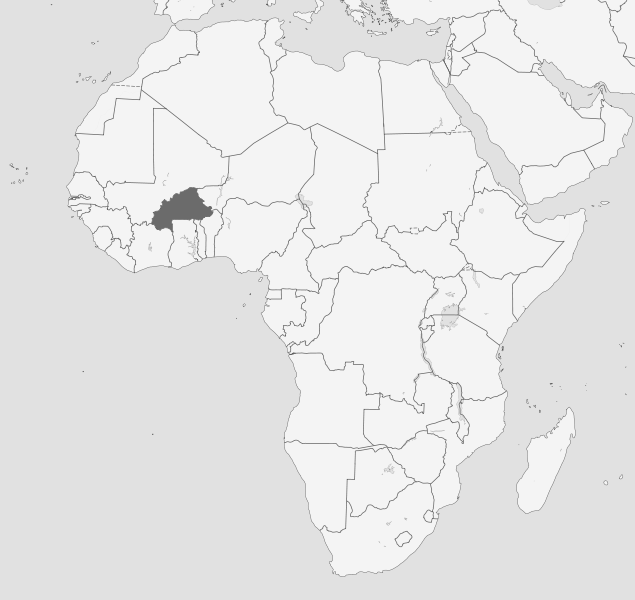 On the evening of Jan. 23, the inhabitants of the Burkinabe capital of Ouagadougou were awoken by gunshots near the presidential palace. The next day, they would witness the tipping point of political tensions unleashed on the city. The country’s military, tired of the government’s incompetence when dealing with Burkina Faso’s ongoing islamist insurgency, had detained president Roch Marc Christian Kaboré and initiated a full-scale coup d’état.
Two months later, more has been revealed about the military junta that rules Burkina Faso, and their plans for future governance. After the dissolution of parliament and the Burkinabe constitution, the military government has now adopted a new charter that outlines a proposed 30 – to 36-month transition period during which it hopes to stabilize the country in order to facilitate new elections, according to the government’s official press release. According to Al Jazeera, the charter was drafted under involvement of Burkina Faso’s existing political parties and representatives of the military.
A few days later, an official transitional government was appointed, with the leader of the coup, Paul-Henri Sandaogo Damiba, as its president. Burkina Faso’s interim prime minister will be Albert Ouedraogo, an economist and academic.
The initial international reaction to the coup was primarily one of worry. The institution of democracy in West Africa has faced many challenges historically, and yet Burkina Faso itself, a country that has had so many coup d’etats that they have their own Wikipedia page, seemed to be on an upwards trajectory after Roch Kabore had been elected in 2015, and then re-elected in 2020, as the country’s first non-transitional president with no military affiliation in almost 50 years (Reuters). As a result, the African Union and the Economic Community of West African States suspended Burkina Faso’s membership after the coup, and the United States froze about 160 million dollars in aid.
Yet at the same time, sources within the nation are cautiously optimistic. Eddie Komboïgo, leader of the Congress for Democracy and Progress and runner-up in the last presidential election was quoted by Al Jazeera as saying: “It is true that not everyone is going to be happy with the transitional charter … but it was the consensus that we reached.’’
Samne Stephane, a resident of Ouagadougou, interviewed by the Associated Press opined: “We have a lot of security problems and I really think 36 months is not sufficient … the democratically elected president tried in vain to solve terrorism issues, I believe that it is good to try soldiers now.”
In the meantime, analysts and diplomats outside the nation are divided, trying to gauge the success of the transitional period, especially when it comes to stabilizing Burkina Faso’s national security and reinstating democracy. According to the Associated Press, “One European diplomat who was not authorized to speak to the media told the Associated Press that the response from European diplomats was positive and there was a general agreement to support the transition and a willingness to give them a chance.”
Laith Alkhouri, CEO of Intelonyx Intelligence Advisory, is quoted by ABC News as saying that, “Thirty-six months is too long a period to transition to a civilian government and this could very well leave big chunks of the population to lose trust in transitioning.” The importance of retaining the trust of the population has and continues to be a difficult task, no matter who is in power. The international community’s focus on the potential loss of democracy in Burkina Faso stands in stark contrast to the widespread support for the coup among Burkinabes, who as a whole seem more concerned with the integrity and political stability of their country than preserving democracy on principle. In a country that has seen many military regimes since independence, trust in the democratic process is still something that must be won, even as mistrust of military governments is rampant.
According to a 2019 survey by Afrobarometer, a series of national attitude surveys across Africa, 62% of Burkinabes reject military rule while 72% trust traditional leaders, the tribal chiefs, highlighting these very complexities. The current state of Burkinabe politics is more one of uncertainty that anything else, as the future of the country’s internal and international politics rests on the success of the transitional government, which has pledged itself both to addressing the grievances that plagued the last administration, and to, at some point, restoring democracy in a state where it can be viable according to the standards of the military. The fact that there is an openness in the international community to give this provisional state a fair chance at governance does provide some much needed legitimacy and perhaps future economic and political aid to the daunting tasks ahead.