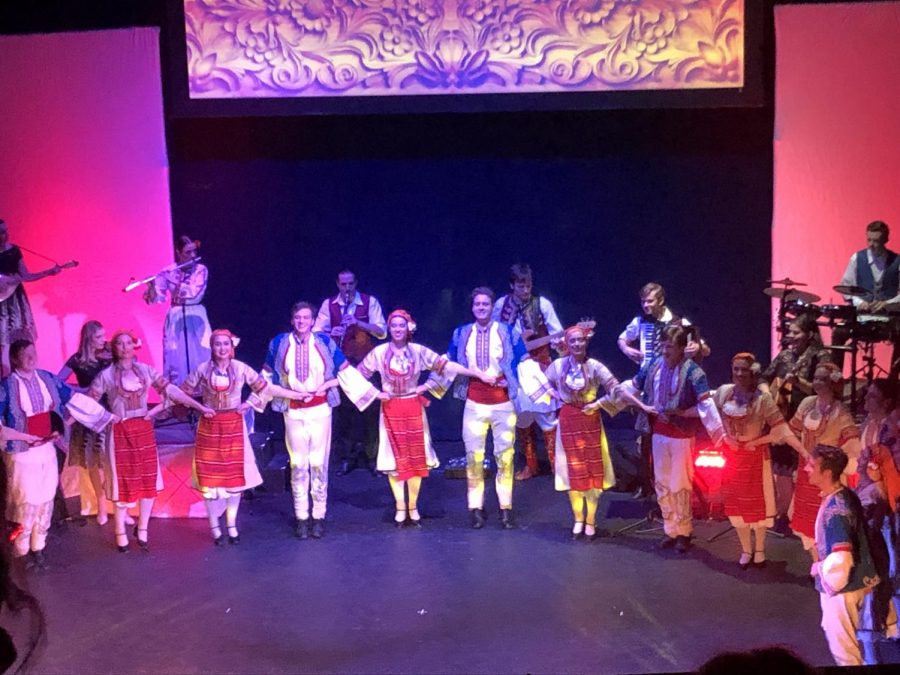 For a long time America has been called the “The Great Melting Pot,” a nickname that has fallen out of style in recent years with the implication being all the unique and diverse cultures are assimilated into one another and altogether lost. Those cultures are still preserved through multiple cultural organizations and groups such as the Tamburitzans, a group of Pennsylvanian college students who preserve and share their culture through music and dance.

The Tamburitzans started in 1937 as a collaboration between musicians Matt L. Gouze, Frank Gouze and Anthony Antoncic as well as Dr. A. Lester Pierce, who found Eastern European folk music fascinating and negotiated scholarships for three young men to form the “St. Thomas Tamburitza Trio.”

“In 2015 we broke off and became our own nonprofit and that was just really because we were looking to further (our) mission in a couple of ways that Duquesne wasn’t really trying to do at the time,” said Alyssa Bushunow, executive director of the ensemble and former Tamburitzan herself. “Duquesne really helped us jump off and start our own thing. Since we’ve left, we’ve been able to further our mission, which we call a three-prong mission: scholarship, performance and tradition. At our core, we are really a scholarship program.”

The group accepts members from colleges and universities all over Pennsylvania, however many performers are enrolled students in the Pittsburgh area, as their practices require locality. They perform throughout the country, with an average year seeing them visit around 35 states. Bushunow explained they can be found anywhere “from New York to California.”

“They live on the bus and bring all of their own stuff for the performances,” said Paul Hladio, a former Tamburitzan who still assists the group. “The bus is packed with instruments, costumes and props, and they bring it all themselves.”

The Tamburitzans are all college students, so they keep up with this performance schedule on top of their already busy college careers. Most of the group continues to study at Duquesne University, but since the ensemble became independent more students from other colleges — such the Community College of Allegheny County and The University of Pittsburgh — have joined.

The group provides scholarships for all of its performers which makes the experience worthwhile beyond just the preservation and sharing of culture and tradition. In fact this point being one of the things that has stayed consistent throughout the organization’s long history.

The Tamburitzan’s performance showcases different international cultures, primarily from Eastern Europe, such as Georgia, Serbia and Croatia. The performances are incredibly dynamic and authentic, with the songs being sung in their original languages and with traditional instruments, refered to as the tambura, being played in tandem with common orchestral instruments, such as the cello, clarinet, violin and bass guitar.

“Really, the performance has changed a lot,” Bushunow said. “We have electronic instruments on the show now, you’ll see the lighting we have is very high tech, the sound equipment we have is state of the art so the performance continues to evolve. I will say the things that stayed the same is we started as a scholarship program to put people through school who otherwise couldn’t afford to and we are very proud that that’s still our core mission. Like I said, all the students are performers and you know, I can speak as a performer myself, it would have been very hard, if not impossible for me to go to school and have the experience I did without being a Tamburitzan.”

In order to maintain the authenticity of the traditions and cultures they are honoring, the group has choreographers and instructors that teach them the performances during an intensive 22 day camp during the summer.

“This past year we were at Bethany College in West Virginia, and that is where we learned our entire show,” said Duquesne University Senior, Courtney Mireles, a performer and the group’s stage manager. “So in 22 days, we learned the 11 different sets that comprise the whole two and a half hour performance. We start at eight in the morning and get done sometimes at 11 at night, and then we do it every day for 22 days and we go away to our first tour camp.  That’s where we do all of our first performances to really get the practice and get the shows under our belt. And then during the school year, since we have classes during the week, we only have rehearsal on Friday nights, Friday evenings we’re there about 5:30 p.m. to 9:30 p.m. and then we have our Saturdays and Sundays blocked off in case we have shows … and then we go on a couple other tours throughout the year.”

Over the past eight decades, and despite the changes in the show, the Tamburitzans have managed to keep audiences captivated, and deliver outstanding performances in every place they share their talents. If you missed them the last time they were in Meadville make sure you catch them the next time they are in town, you will not regret it.