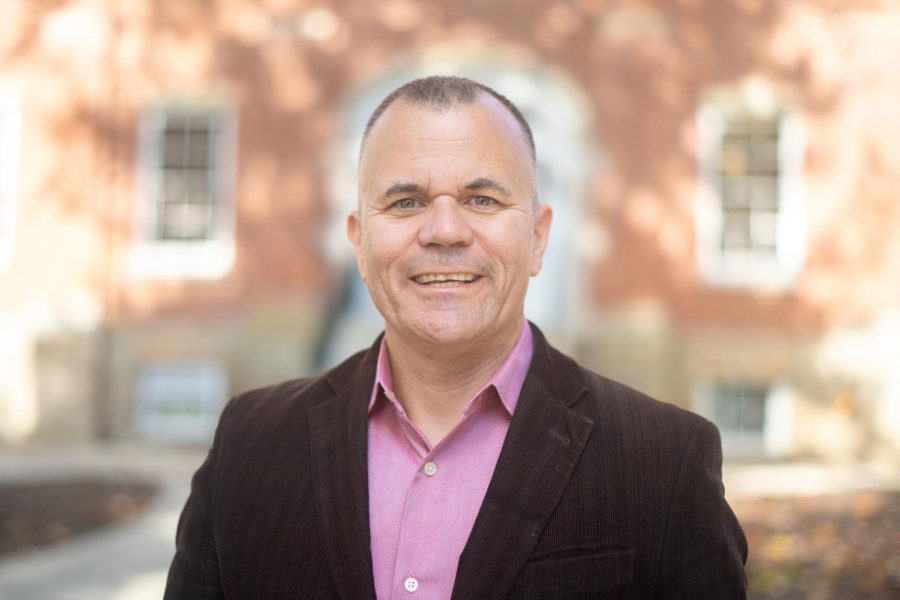 Kevin Kovalycsik, the new Chief of Staff of Allegheny College.

President Hilary Link’s senior staff has a new member. On Oct. 18, Kevin Kovalycsik took over as chief of staff of Allegheny College. He will join the other members of Link’s cabinet, and his duties will primarily be concerned with institutional planning.

According to a press release dated Oct. 26 detailing the new hire, as chief of staff, Kovalycsik will be involved “in moving the president’s strategic priorities forward and in managing complex, high-priority projects and initiatives across campus and with outside communities and agencies.”

In the press release, Link cited Kovalycsik’s previous work experience and strong skill set as key factors in his hire.

“He brings a wide range of skills and professional experiences to this position, which will help to support the important work of implementing our vision for an even stronger future for Allegheny College,” Link stated.

Kovalycsik has experience in the role, having previously served as chief of staff at two other institutions: Texas A&M University in the Engineering Medicine department, and Hellenic College Holy Cross in Massachusetts.

“(I learned) how to work and engage with the student body, with the administration, and how to efficiently and effectively initiate and enact the strategic priorities of the executive office,” Kovalycsik said.

Outside of chief of staff positions, Kovalycsik has been involved in athletic operations and in higher education. In addition, he has volunteered his time with a number of community organizations in the Houston area and has had a role on the Alumni Council of the School of International and Public Affairs at Columbia University.

“One of the big issues from Houston that I came from and I was passionate about was working with our food banks and the homeless,” Kovalycsik said. “The whole entire issue of food insecurity in our country which became very prevalent during the coronavirus outbreak.”

Ellen Johnson, vice president for enrollment management at Allegheny, also discussed the thought process behind Kovalycsik’s being chosen for the job, emphasizing the appeal of his resume.

“(Kovalycsik) had experience doing that work (as chief of staff),” Johnson said. “He really stood out as someone who knew how to build relationships, knew how to work with lots of different people — so in this case with students, faculty and staff — and really seemed to be the kind of person who was excited to become part of a community as well.”

When considering what Kovalycsik would contribute as chief of staff, Johnson placed a focus on serving as a liaison between staff and students, as well as working with the greater Meadville community to help implement Link’s vision for the College.

“What he will bring to the table is … taking (Link’s) vision and being able to connect with all different constituents on campus to help bring some of her priorities to life,” Johnson said. “So he will play a really active role in some of those areas where it might need groups of students, groups of staff working together that may need that person … to bring everyone together. And I think he will also bring some of that vision to life working with the Meadville community as well.”

For Kovalycsik, Allegheny’s national reputation and its status as a carbon neutral institution were driving forces behind his decision to come to Meadville. Being an outdoorsman and someone who values nature, he appreciated the college’s environmentally-friendly initiatives.

“We’re striving to not be intrusive but to be inclusive with our natural environment, and that’s something I’m very passionate about at a global level,” Kovalycsik said.

Kovalycsik echoed the press release in stating that his role at Allegheny is largely to see Link’s goals being carried out, from the student success and inclusive excellence vision to the maintenance of the college’s relevance in the global, regional, local and social contexts.

“I align with President Link’s vision for this school,” Kovalycsik said. “We’re on the same page, and I’m really looking forward to executing those strategic priorities of her office as effectively and efficiently as I can.”

If Johnson could give Kovalycsik advice, she would tell him to make engaging in the Allegheny community a priority.

“That’s everything from having lunch at (Brooks Dining Hall) to going to the next concert to (going to) a basketball game to just hanging out in the (Henderson Campus Center),” Johnson said. “We can’t do our jobs if we don’t know our students, if we don’t know faculty well, if we don’t know their staff.”

Allegheny Student Government Vice President Sophie Adams, ’22, would not comment on Kovalycsik’s hire but mentioned that ASG would be meeting with him within the next two weeks.