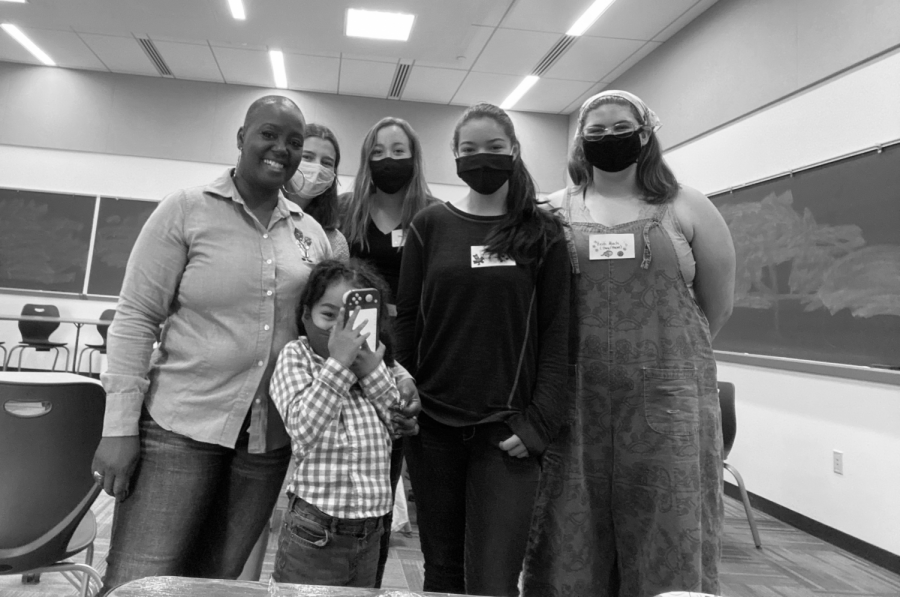 Society of Physics Students board members banded together to bring about the return of the biannual Women in Physics conference on Nov. 6. The event — hosted in Carr Hall — sought to create a space for women and minorities in physics and other STEM fields to share the struggles they face breaking into the male-dominated field, according to SPS President Alexis Pleskovitch, ’23.

Although the event did not draw in as many attendees as the organizing body hoped, they were not disappointed.

“It was nice because it was a small group of students that got to interact with the presenters insead of having a hundred students interacting with one presenter,” Pleskovitch said. “So they really got to ask one-on-one questions about career fields and stuff like that.”

According to Pleskovitch, the Women in Physics conference was partially created as a gateway to other physics-related events that occur adjunctly to Allegheny.

Allegheny’s Women in Physics conference has, in years past, been connected to a wider community of colleges, but was kept contained to Allegheny students this year in order to comply with ongoing COVID-19 protocols, explained Pleskovitch. They were, however, able to bring two guest speakers to the conference in person, and one via Zoom.

SPS Social Chair Heidi Mach, ’22, thought the conference was successful in spite of its hurdles.

“It was a really great opportunity, especially to have Dr. K. Renee Horton come, who is this big name in physics, especially women and people of color in physics,” Mach said.

Horton, the keynote speaker, is the space launch systems quality engineer for NASA and was one of the two to attend in person.

“I originally saw her at the national conference for undergraduate women in physics my first year here, and I really liked what she had to say,” Pleskovitch said. “So whenever it was time to come and pick a keynote speaker, that was my go-to.”

The other speakers, Carlyn Aarish and Mallory Scott, work in software engineering and pharmacology respectively, according to Pleskovitch. Scott was the other in-person attendee.

Pleskovitch was pleased with the breadth of career opportunities covered by the events’ guests. She explained that having all the guests come from very different career paths granted the opportunity for attendees to ask varied questions, and also allowed for career panels and other activities to be hosted.

“We also got the benefit of learning about careers and grad school … which was nice considering we’re graduating soon,” said SPS Vice President Shannon Ferguson, ’22.

Mach was also taken by the connections they were able to make through the conference.

“I’m planning on going to University of Rochester and one of the speakers came from University of Rochester,” Mach said. “They were like, ‘Oh, I can connect you with this professor and you guys can talk.’ … (Horton) was like, ‘We’ll give you funding for you to go to (Society of Physics Students conference) next year.’”

Pleskovitch reiterated that although the conference created many opportunities for networking and postgraduate advice, it still primarily served as a space for women and minority groups to see those like them successful in the field.

“I’m the only woman in my class and our only female faculty member is on sabbatical currently,” Pleskovitch said. “I can’t speak from experience because I’m not in the biology or chemistry department, but I know people that are in biology and chemistry and they have female faculty members and more women in those classes. Better representation to my understanding.”

Ferguson remarked that it sometimes feels as though she is treated differently than the men in the department; that the general experience for men is physics is more welcoming. Mach echoed the sentiment.

“(Professors) know how to talk to (the men),” Mach said. “They can joke around with them, and I think it kind of says something that they can’t necessarily do that with the women in the department or the non-binary people as well. They just really don’t know how to interact with us. And in that way, we don’t get the same opportunities.”

The continuation of events like the Women in Physics conference and creation of clubs such as Women in STEM — of which Pleskovitch is a member — are good steps toward disbanding the notion that women do not belong in STEM, according to Pleskovitch.

“I feel like I wouldn’t have made it this far if there weren’t other women in the department to just help you through it and validate your thoughts and remind you that you’re the one who still got yourself here,” Ferguson said. “You had support, but you really have to know what you’re doing.”