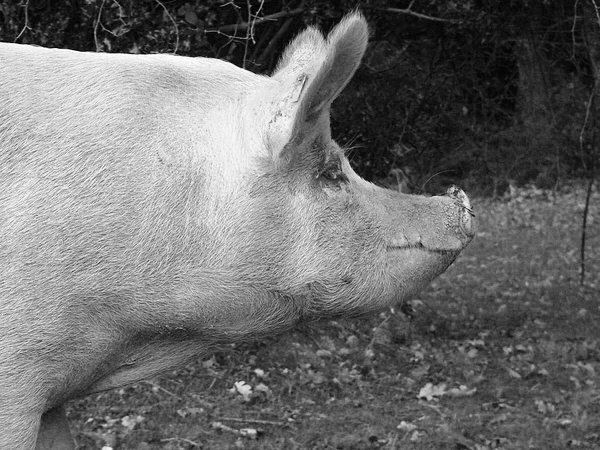 In modern medicine, organ transplants save the lives of thousands of individuals suffering from terminal diseases.

In the 1960s, Keith Reemtsma, an American surgeon well-known for his transplants, conducted research into transplantation of chimpanzee kidneys into humans.

According to CBC News, pig organs have been the primary research focus for organ transplants, as there is a major organ shortage.

An article published by The Economist explained that in 2014, Synthetic Genomics, a firm located in La Jolla, California, started to create a raft of genetic changes to pigs as a way of making their organs more suitable for pig-to-human transplantation.

Last month, doctors at NYU Langone Health successfully transplanted a pig kidney into a human subject using a process known as xenotransplantation, according to Healthline.

During the procedure, the pig kidney was attached to the blood vessels in the donor’s upper leg and was kept outside the abdomen.

After the procedure, the kidney was covered with a protective shield for the duration of the 54-hour observation period.

Xenotransplantation is a process in which organs or tissues from one organism are transplanted in another organism of a different species.

In an interview with CBC News, the CEO of United Therapeutics, Martine Rothblatt spoke about the significance of this success.

“This is an important step forward in realizing the promise of xenotransplantation, which will save thousands of lives each year in the not-too-distant future,” Rothblatt said.

After a two-hour procedure performed on Sept. 25, the doctors observed the function of the transplanted kidney for 54 hours.

According to the hospital’s website, the doctors noticed that the transplanted kidney was functioning just like a normal kidney.

Additionally, the researchers did not detect any sign of rejection to the transplant, which is marked as a major milestone in the use of animal organs to help human patients.

Robert Montgomery, professor of surgery, and the chair of the surgery department at NYU Langone, and director of the NYU Langone Transplant Institute, led a team of surgeons in a two-hour transplantation surgery.

In a statement given to Healthline, Montgomery spoke about the benefits of transplantation research.

“This research provides new hope for an unlimited supply of organs, a potential game changer for the field of transplantation and people now dying for want of an organ,” Montgomery said.

These results are so important because there are 75,000 people on the waiting list for transplants on any given day, according to the CDC.

Prior to this study, there were only around 8,000 deceased organ donors and 6,000 living donors per year.

Yet with this research, scientists hope that they will be able to help out more individuals, who are suffering from end-stage renal disease.

Montogomery also made a statement in an article that was published on the hospital’s website.

“This is a transformative moment in organ transplantation,” Montgomery said. “The medical and scientific communities have been working toward xenotransplantation to sustain human life for more than 50 years. There have been many hurdles along the way, but our most recent procedure significantly moves these endeavors forward.”

Following the successful completion of the transplant, Chad Ezzell, the chief clinical officer of LiveOnNY, a nonprofit organization that facilitates organ and tissue donation in New York City, complemented the efforts of Montgomery and his team in an interview with The Hill.

“I applaud Dr. Montgomery and the entire NYU Langone transplant team for this incredible scientific achievement,” Ezzell said. “We are entering a new era for our field and this will give new hope to those on our waitlist as this important research moves forward. It is important to remember that none of this would be possible without the extraordinary donor and their family. We can never thank our families enough for the courage they show in saying yes to donation.”