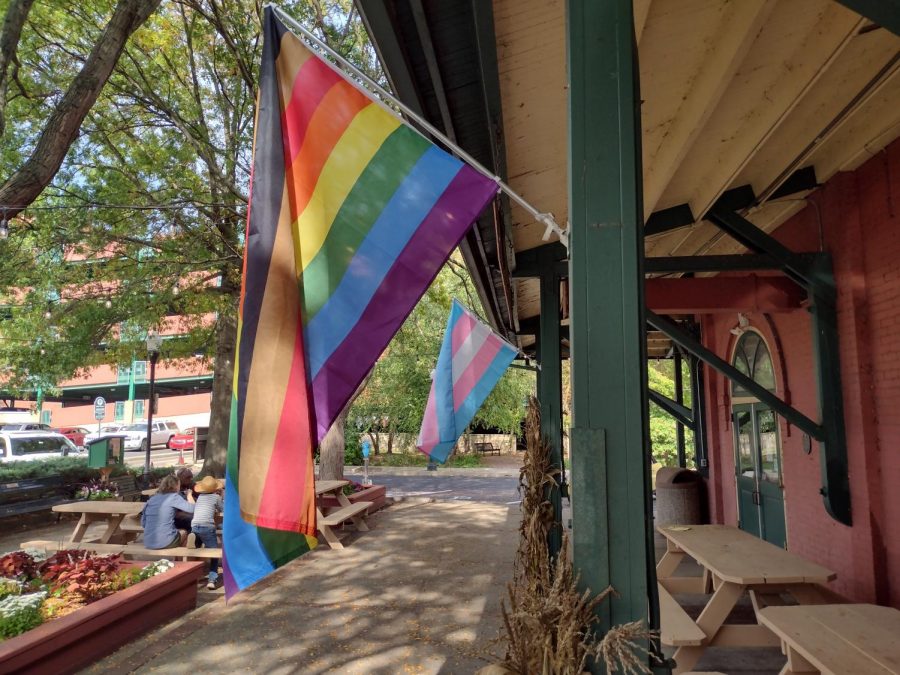 Kettle Lake Kitchen, the restaurant which replaced the Market House Grille in downtown Meadville, has recently faced community backlash for its display of pride flags at the front of the restaurant.

The Market House was constructed in 1870, and the intended purpose for the building has remained constant throughout time.

According to NWPAHeritage.com, “The traditional exchange of products between the farmers and townspeople at the Market House has remained strikingly similar due to the efforts of the Meadville community to sustain and protect the building and its heritage.”

“We have worked to steer the market in terms of strategic planning, and into the direction we want the market house to take,” said Chairperson for the Market House Authority, Devon Stout. “(This includes) bringing in tenants and handling leases.”

Through the transition of restaurants, the Market House took the opportunity to reevaluate itself and pursue various renovations to ensure the building is up to code.

“We have been securing grants and funding to upgrade the system in the building, and create opportunities to change things around such as redesigning the interior based on those electrical changes,” Stout said.

“The Market House board approved Kettle Lake Kitchen to move in sometime in winter 2020-21, and we gave our approval to display the pride flags in June of 2021,” said Jennifer Foreman, assistant professor of psychology at Allegheny and member of the Market House board.

According to Foreman, though, the progressive action has not come without backlash.

“Controversy started a month ago, (when we received) two letters (that) said they were opposed to Kettle Lake displaying ‘political views,’” Foreman said. “But we also received an overwhelming amount, roughly 25 to 30 letters, in support (of) the flags.”

Some Allegheny students came together to show their support for the pride flags by emailing or sending in letters to the Market House.

“I sent over an email to show my support and why I believe they have the right to fly whatever flag they want,” said Elle Carpenter, ’25.

“(I would) encourage Allegheny Students to come down and visit the Market House and express (their) support at Kettle Lake,” Stout said. “We want to make sure that the Market House is a welcoming place for everybody regardless of their background, whatever it may be. It is always nice to get feedback and hear from people.”

Aside from community support, the Market House is exploring opportunities available for their businesses to display forms of support and equality, but to not allow political agendas be displayed, such as the confederate flags.

Stout also noted that they need to make sure the Market House will be able to direct their own policies.

“We need to make sure we are following the laws for these displays, and even though we are not an elected body, we are still a government body that follows and enforces laws,” Stout said.

This policy being created will permit businesses, including Kettle Lake Kitchen, to show their support for the LGBTQ community if they wish to do so.

This policy is currently under review and will most likely be addressed at the next Market House meeting on Oct. 20. Anyone from the community can attend these meetings.