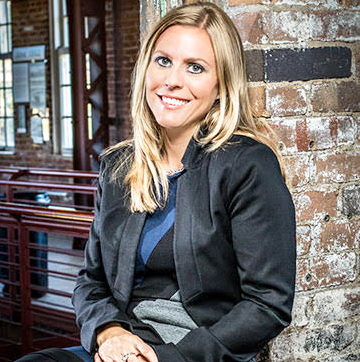 Rachel Mauer, Co-Founder and President of the German-American Chamber of Commerce chapter in Pittsburgh, PA gave a presentation on German business and culture.

On March 2, the Max Kade Foundation sponsored President of the Pittsburgh Chapter of the German American Chamber of Commerce Rachel Mauer’s presentation, “More than just Autos und Bier,” on German business and culture.

“The Max Kade Foundation’s main goal is to bring together the interest in German speaking countries and people who are present (in the United States), interested in international collaboration as well as in the German language and culture,” said Assistant Professor of German Julia Ludewig.

Mauer was introduced by Andrew Strobel, ’24, an intern at the German-American Chamber of Commerce chapter in Pittsburgh. Mauer is an alumna of Cornell University where she studied both German and political science.

“When I decided on my language (in college), I knew that my language would steer my career and, perhaps, where I lived and worked,” Mauer said. “I realized how important the selection of language really was.”

Mauer recommended that students interested in taking a second language pursue German. She added that there are a lot of German speakers, especially in business and science. According to Mauer, individuals with German listed on their resume earn 3.8% more than another employee without German listed as a skill.

Mauer’s presentation also detailed her work with the Chamber of Commerce as well as the cultural differences between Germans and Americans and the implications of those differences during business negotiations and affairs.

“Our biggest mission is economic development for our region through the strengthening of ties between German and our Western Pennsylvania region,” Mauer said.

Mauer oversees both large and small German companies during their overseas expansion to Pittsburgh.

“Mittelstand companies, smaller companies, are typically family or private owned and are the heart and soul of Germany,” Mauer said.

Her chapter of the Chamber of Commerce dedicates their time to finding which German companies could do well in the Pittsburgh region in the long term. The majority of the companies represented under her chapter are small businesses in very specialized fields compared to larger companies.

“There are a lot of opportunities (with German companies),” Mauer said. “(At the German-American Chamber of Commerce,) we require that students have some (experience with) German because there are times when documents come through (in German) and we want you to be able to identify them. We will not make you do any technical translations if you are still a beginner speaker, but we do support the German language in our chapter.”

Mauer noted that the chapter is bipartisan and does not engage in lobbying efforts or politically charged events. Instead, the chapter focuses on maintaining business relations with international companies while competing with other regions to bring new industries to Pittsburgh.

“The transatlantic trade between Germany and the United States continues to grow and that has been resilient no matter what (political) outlook we have and even in a pandemic,” Mauer said.

Following her presentation, the audience was granted the opportunity to ask questions. The discussion was moderated by Kaylin Tang, ’22.

Mauer reflected upon how her perspective has changed throughout her professional career due to exposure to different cultures and people.

“I am very thankful for the value that my career has brought me from working with a lot of different companies and perspectives,” Mauer said. “I am married to an Austrian, too, so I get to experience the cultural challenges on a daily basis — this makes me stop and think that I have been viewing it this way and then you realize that is a very American view you start noticing your own blindspots to approaching business.”

Anyone interested in contacting Mauer can email her at [email protected]

“If you do not hear back from me, please write a second email,” Mauer said. “Do not ever worry about sending a follow-up email to anyone. It is a world of emails right now — say I get 50 emails today and another 50 tomorrow, I have a hard time getting back (to you).”