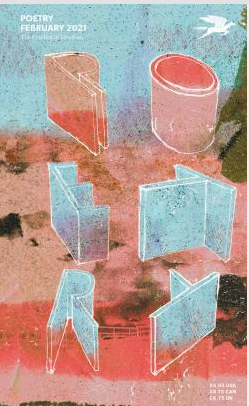 Former Professor of English Literature Kirk Nesset has made headlines once more since his indictment in 2015, following an FBI and Pennsylvania State Police investigation.

Upon his release, Nesset entered the sex offender registry and relocated from his residence in Flagstaff, Arizona. According to the National Sex Offender Registry, Nesset is a registered sex offender in Prescott, Arizona. He now uses aliases, including Macias Moreno and Damon Nesset. Nesset was a guest writer in the February edition of The Poetry Magazine, which highlighted literary works from several formerly incarcerated individuals and their relatives. Nesset’s contributions to the magazine sparked immediate backlash from media outlets and former colleagues.

Nesset was indicted on over half a million images of child pornography, erotica and modeling, according to the Meadville Tribune. The editorial staff of the Poetry Magazine ignored Nessset’s sentencing, his victims and his current sex offender status when selecting his work, according to a statement released on Feb. 5, following the backlash they received after publishing the edition.

“The issue is dedicated to those directly impacted by the criminal legal system and includes the poetry and artwork of currently and formerly incarcerated people,” the magazine wrote. “We uphold the work of the guest editors and our shared vision for this issue, as well as the editorial process. The poems and artwork for this issue were assessed without the bias of specific convictions. As editors, we did not evaluate the convictions, the circumstances, the impact of the crimes, the depth of the harm any person has done, or their potential for good.”

For the edition, Nesset wrote a poem titled,  “One Place is as Good as the Next.” Concerned readers and survivors shared their stories and discontent with the editorial staff via Twitter and even wrote to the Poetry Foundation. Former colleagues and students from Allegheny College took to social media to voice their opinion on the magazine’s selection of Nesset’s work.

“Thanks for the trauma reminder,” one student wrote to the magazine. “Fun Fact, Kirk Nesset’s predatory behavior was so well known (that) I was warned by other professors not to have him as my advisor or be alone in a room with him.”

Concerned readers created a petition to remove Nesset’s poem from the edition. Over 2,000 people have signed the petition since it was created at the beginning of February.

“That such an established publication would use their widely-read and highly selective platform to further the work and career of a predator cannot be labeled an oversight, nor defended,” Melanie Graham, the woman who started the petition wrote. “It is an offensive and a destructive misuse of power. Nesset’s time served does not equate to the lifetime of emotional, physical, and psychological trauma victims of child pornography and sexual assault endure. The reward and high-standing that comes with publishing in such an esteemed magazine should be withheld from someone who has relished the torture and degradation of innocent children, some only months old.”

Graham also called upon the Poetry Foundation to release a public apology to Nesset’s victims and all sexual assault survivors.

According to the Guardian, fellow poet Tiffany Melanson, who was also featured in the issue, even expressed concern about the magazine’s “lack of foresight and sensitivity.”

Despite backlash, the magazine decided to keep Nesset’s poem in the edition.

“In publishing an issue that included incarcerated writers, we accepted that submissions would come from poets who have harmed others,” the Poetry Magazine announced.  “We believe that weighing people’s convictions in editorial decisions for this issue would be antithetical to the discourse around the practices of freedom we are seeking to facilitate. We believe that drawing an editorial line for which crimes are tolerable would be exercising individual punishments for systemic problems. For these reasons, we will maintain the issue as published with all of the poems and artworks.”

While they decided to keep Nesset’s poem, the staff apologized to anyone who may have been impacted by their selections for the edition.

“We condemn all acts of violence and recognize its life-shattering impact,” the magazine wrote. “We acknowledge the trauma of those who have been harmed. We are distressed to know that some readers and community members feel great pain in response to this publication … We are sorry that we were not prepared to adequately respond to and support survivors upon the release of this issue.”