Dodgers victorious over the Rays in the World Series 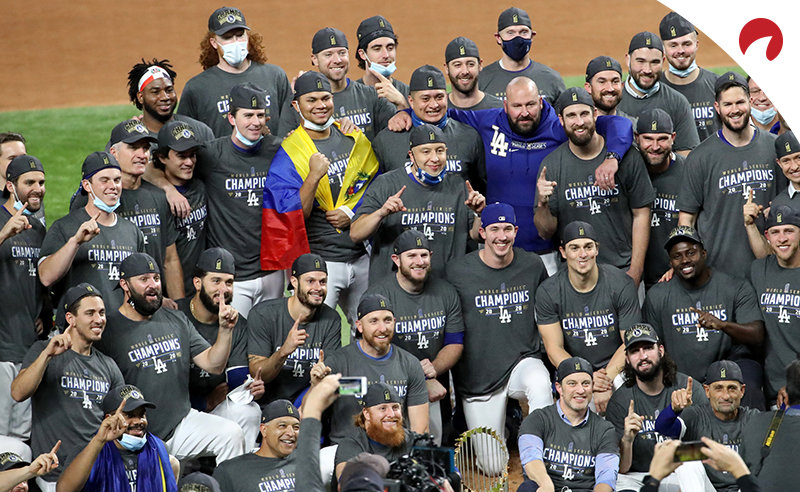 The Los Angeles Dodgers and Tampa Bay Rays met for the 2020 Major League Baseball World Series, the climax of a shortened season due to the COVID-19 pandemic.

The Dodgers won the first game of the series 8-3, thanks to a quality start from All-Star pitcher Clayton Kershaw, and the Rays stole game two behind the pitching of their All-Star, Blake Snell.

The Dodgers and Rays traded victories again in games three and four, with game four being recognized as a World Series classic by ESPN Staff Writer Jesse Rogers.

In a back and forth game, the Rays finally came out on top with an 8-7 win, coming from behind in the ninth-inning with the Rays’ Randy Arozarena scoring the game-clinching run. Through a translator during a postgame interview, Arozarena said, “All I was thinking about was just running hard. Running hard as I could.”

Going into game five, the Dodgers planned to start Clayton Kershaw, while the Rays hurled out the young Tyler Glasnow. The result of the game was a 4-2 win for the Dodgers, and they then needed to win just one more game to lift the World Series trophy.

“The Dodgers have been here before, with the ability to clinch their first World Series title since 1988. But they’ll have to accomplish it without using any of their best starters,” Teixeira said. “Tony Gonsolin will get the ball just as he did in game two, and that was the only contest in which the Rays scored first — a huge factor in their chances to win.”

The Rays sent out Blake Snell to try and help send the series to a game seven. Snell got through 5 ⅓ scoreless innings before being pulled from the game by Rays manager Kevin Cash. After the game, and a 3-1 loss that meant the Dodgers would lift the World Series banner, Cash admitted he had made a mistake.

“I regret the decision because it didn’t work out,” Cash said after the Los Angeles Dodgers wrapped up their seventh World Series title. “But you know, I feel like the thought process was right … If we had to do it over again, I would have the utmost confidence in Nick Anderson to get through that inning.”

Despite his opinion on the matter, Cash faced scrutiny from many sports media outlets and fans over his decision to take Snell out of the game in the 6th inning.

Cam Karnik, ’22, a baseball fan, also disagreed with Cash’s decision and thought he should have managed the game in a more simple fashion.

“Pulling Snell was probably a bad move considering he was cruising the whole game and Mookie Betts’ splits against left-handed pitchers in the playoffs were extremely poor,” Karnik said. “I think Cash just tried to out play the game, which managers do quite often.”

For the Dodgers, Clayton Kershaw recorded his first ever World Series ring during a career that has included three Cy Young Awards, which are given to the best pitchers in the National League and American League every season. With his numbers already among the all-time great pitchers in Major League history, baseball fans have many opinions of whether or not this feat has helped his legacy reach new heights.

Kershaw has dealt with a large amount of criticism due to his past playoff performances, but according to many baseball experts, such as

“I obviously think Kershaw is an all-time great, but I’d still favor guys like Nolan Ryan and Roger Clemens over Kershaw just based off of a pure dominance standpoint,” Karnik said. “Kershaw definitely deserved a ring and I feel like every fan of baseball should be happy for him because he has worked so hard for this moment.”

Not only Kershaw, but the Dodgers organization as a whole, has long coveted this moment, last winning the title in 1988, some 32 years ago. For baseball fans like Roman Santia, ’21, he was happy with the result even though he was hoping the Rays would come out on top.

“I felt pretty good about the result,” Santia said. “I was definitely rooting for the Rays just given the fact that they have far less money than the Dodgers but in the end I loved watching great players play well in the spotlight.”

Although the season was shortened, Santia believes that the Dodgers more than deserved this World Series title, and people should not think differently of it because of the unusual season.

“There is no asterisk on this season,” Santia said. “One hundred sixty-two games is an absolute grind, but so is 60 games in an incredibly short period of time, and what people don’t understand about baseball is how physically taxing it actually is. Playing 60 games in nearly 60 days is a struggle for every major leaguer and they all made major sacrifices to make this season happen.”