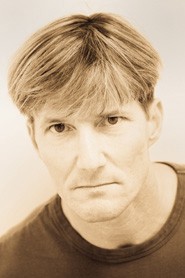 llege Professor of English Literature Kirk Nesset, 63, was released from federal prison this year. Nesset was transferred to a federal prison in Phoenix, Arizona. Toward the end of his sentence, he was relocated to a federal halfway house, Residential Reentry Management Phoenix, where he awaited his release on Sept. 24.

Nesset was arrested and prosecuted on three counts of possessing, receiving and distributing child pornography in 2014, following an FBI and Pennsylvania State Police investigation.

As part of his original sentencing, Nesset must remain on the sex offender registry after release and must report to sex offender and mental health therapy. He is permitted to have a computer as well as access to the internet, but his usage of the computer will be monitored. Nesset is not permitted to be near children for prolonged periods of time.

According to the National Sex Offender Registry, Nesset is a registered sex offender in Flagstaff, Arizona. His plans following release are unknown.

Former Allegheny College President James H. Mullen Jr. issued a statement in 2015 to The Erie Times-News addressing the charges and the shock and outrage that followed from members of the Allegheny College community.

Nesset pleaded guilty in April 2015 to all charges against him. U.S. District Judge David S. Cercone sentenced Nesset in Feb. 2016 to six years and four months in federal prison and 10 years of probation.

According to the Meadville Tribune, Nesset testified he had depression and was obsessed with child pornography. He underwent treatment following his arrest and was actively seeking mental health treatment before his arrest, according to his attorney, Meagan Temple.

“I am very full of shame and sick with regret about what I did up to the time I was arrested,” Nesset said before being sentenced.

The FBI and Pennsylvania State Police searched Nesset’s Meadville residence and found over half a million images of child pornography, child erotica and child modeling on his computer, according to the Meadville Tribune. The images and videos were acquired from Nov. 2005-Oct. 2014. These images included the rape of infants as well as the sexual abuse of older children.

“This case is unbelievable,” Assistant U.S. Attorney Christian Trabold said during Nesset’s Feb. 2016 sentencing. “It is the most child pornography that I have seen in 15 years as a federal prosecutor.”

At the trial, Temple stated that Nesset did not molest the children; instead, he stored and shared images of their abuse. She claimed that hoarding the content was the result of his mental illnesses and was a side effect of the illnesses, despite the content being organized in different files on his computer.

“Nesset persistently led a double life working as a college professor while concealing his ongoing interest in the sexual abuse of young children,” Trabold said.

“(They) are pedophiles,” said leader of the Crimes Against Children Task Force in Pittsburgh Tom Clinton to the Pittsburgh Post-Gazette. “This is a person whose sexual preference is for children, whether (they) act on it or not.”

Several Allegheny College professors came to Nesset’s trial and a few stood when asked by the judge if anyone would stand in support of Nesset’s character. Former friends and colleagues of Nesset declined to comment to the Campus.

Three adults, acting on behalf of eight girls seen in the child pornography found on Nesset’s computer, sued Nesset in Dec. 2016 over the children’s emotional distress and invasion of privacy, according to Marsh Law Firm PLLC.

The plaintiffs sought a minimum of $150,000 for damages, compensation, court costs and additional relief. They were represented by Katie Shipp of Marsh Law Firm PLLC in New York and Carol Hepburn of Savage Law Firm in Seattle. The law firms specialize in sexual assault and victim compensation.

While Nesset did not take the images or videos himself, he did share the images online. Court records indicate that the distribution of the images is anticipated to have a lasting impact on the victims, especially in their marriage(s) and interactions with children.

According to an article written by the Campus in 2018, the Trauma Symptom Checklist for Young Children indicated that “Fiona,” a pseudonym for one of the victims of child pornography, displayed signs of post-traumatic stress, including anxiety, anger and depression. Mental health professionals stated concerns about “Fiona” potentially engaging in substance abuse as a coping mechanism.

The terms of the settlement were not disclosed to the public, but the law firm records indicate that the children received compensation in the civil lawsuit. Nesset’s case was closed in 2018, after appearing in court before the U.S. District Judge Susan Paradise Baxter.