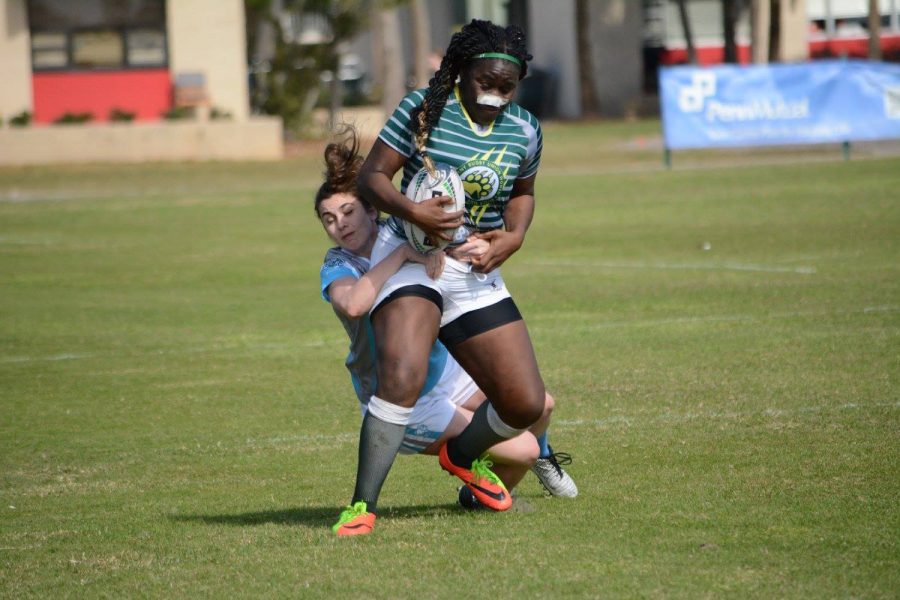 According to Palos Verdes Peninsula News, a private funeral was held on Sept. 2 at Green Hills Memorial Park in Rancho Palos Verdes, California. Her funeral was live-streamed in a private Facebook event for individuals who could not attend.

“Our beloved Zafirah recently passed on August 22, 2020,” wrote Mykaila Williams on Abdulrahoof’s GoFundMe page. “She was a wonderful daughter, sister, friend and teammate, who dedicated her life to always trying to be a better person than she was the day before.”

Williams was one of Abdulrahoof’s close friends and the organizer of her funeral expenses fundraiser.

Abdulrahoof’s funeral services fundraiser exceeded its goal of $35,000 with the support of over 500 community members. Individuals interested in offering support to the family can plant a tree in Abdulrahoof’s memory. Ten trees have been planted by the Arbor Day Foundation. According to Abdulrahoof’s family, the trees will be planted in Klamath National Forest in California to help mitigate the effects of deforestation.

“Always thinking of others, Zafirah had a huge heart with a lot of love to give,” wrote Abdulrahoof’s family in her obituary. “She loved nature … She had dreams of traveling the world often, creating very little waste and living off of the land.”

To plant a tree in Abdulrahoof’s memory, one can donate $2 to the Arbor Day Foundation.

Williams hosted a virtual Celebration of Life gathering for the campus community to pay their respects via Zoom on Saturday, Sept. 12, the day of Abdulrahoof’s 25th birthday.

“(Zafirah) was not really a celebratory person in terms of her birthday,” Williams said. “She was not always someone who wanted to celebrate, but we went back and forth about it because I always felt that it was important to celebrate people. That is something that I hope everyone takes away — celebrate people while they are here.”

Over 40 people attended the Zoom gathering to share their favorite memories of Abdulrahoof and grieve with one another.

Williams shared one of her favorite memories of Abdulrahoof at the celebration.

She recalled a Halloween during high school, where the pair dressed up as M&M candies.

“(We) went to a predominantly white high school and as two brown girls, it was a huge deal trying to figure out what (we) were going to do for Halloween,” Williams said. “Deciding on (a costume) that showcased and put our skin color on as armor was such a big deal to us.”

Williams’ younger sister, Lo, who lived with Abdulrahoof for a significant amount of time recalled how Abdulrahoof touched her life.

“She was just a beautiful person — her spirit, her soul, everything,” Lo Williams said. “ I think about that every day and I will take that with me.”

F.C. Middelton’s soccer coach, Jean-Michel Maarek, shared his memories of Abdulrahoof both on and off the field. For a short period of time, they lived together while she was in the area.

“She was an incredible player first of all but she was incredibly modest,” Maarek said. “A lot of players come in like ‘I want to play forward’ and ‘I want to score’, but (Zafirah) was playing in the back and she was happy with (her position) — she was a phenomenal player. … She was a person that I saw at different times and I really loved her.”

“(Zafirah) was so gentle and kind and I asked myself, ‘why do bad things happen to good people?’” Chura said. “She was selfless. It is nice to know that people come into the world, who want to change it and there are people that leave the world and (you) know that they have changed it.”

Abdurahoof graduated from Allegheny College with a bachelor’s degree in neuroscience in 2019.

“I connected with (Zafirah) in the first course that she took with me that had the rat lab,” said Professor of Psychology and Neuroscience Rodney Clark. “We connected on a deeper level when we both realized that we were from California; not only that, we also discovered that we both were from the (Los Angeles) area and Zafirah lives in the same neighborhood as my sister. … I am going to miss her very badly.”

Clark was joined by Assistant Professor of Psychology Ryan Pickering, who also shared his favorite memory of Abdulrahoof at the Celebration of Life.

“(Zafirah) just showed up at the door (during social psychology) and the room only had 35 seats and I was like, ‘Zafirah, what are you doing? There was no room for you in the class,’ ” Pickering recalled. “She looked at me and said, ‘I am here, I am here to take this class.’ So I said, ‘wait for a second, there may be a person who does not show up.’ … There was a person that dropped and never showed up and she took (the student’s) seat and just was like, ‘this is where I was supposed to be.’ … From the stories that I am hearing, (Zafirah) just was where she was supposed to be and she always knew where she was supposed to be and so that is where she was.”

While at the college, Abdulrahoof was a member of the Chi Sigma chapter of Alpha Phi Omega, a national co-ed service fraternity. Members complete community service hours in Crawford County and host philanthropy events throughout the academic year. Abdulrahoof was an advocate and member of the Crawford County Mental Health Awareness Program and spent a lot of time volunteering with animals.

“Throughout her lifetime, Zafirah won awards for her community service, her scholarship, her athleticism and her innovation,” her family wrote in her obituary.

On April 21, 2017, Abdulrahoof received Allegheny College’s Innovation Award. According to the college, this award is presented to students who excel in innovative and creative leadership.

“The leadership in this room has made a significant impact on this campus, in the Meadville community and beyond,” said former President James H. Mullen, Jr. during the event. “It is truly inspiring to hear about everything our students accomplish while balancing school, work and life.”

Abdulrahoof planned and implemented a Community Garden at the local Wesbury Retirement Community. She also pioneered the proposal for a community dog park in Meadville.

Abdulrahoof was a member of the Women’s Rugby Club during her time at the college.

“I played rugby with (Zafirah) during my freshman year,” Nicolle Long, ’22, said. “She was super sweet and hilarious. She was always super fun to be around and she always made our team laugh.”

“I honestly want to keep playing rugby for the rest of my life, I don’t plan on quitting,” Abdulrahoof said in an interview with the Campus in 2018. “It has, in a sense, saved my life, and also I’ve never connected so well with a group of girls before.”

Abdulrahoof went on to score the team’s only try for the second game of the tournament.

“(Zafirah) was a great rugby player,” Long added. “She was on our separate team dedicated to our best rugby players. She was just a great person to be around — a spark of joy.”

According to Long, the women’s rugby club plans to commemorate her passing with a memorial.

“As of right now, we are planning to host (the memorial),” Long said. “Because a lot of our rugby team, at least, those, who were close to her, have graduated and due to COVID-19, we will most likely (host the event) over Zoom.”

The plans are tentative due to the evolving situation with COVID-19 and the college’s restrictions about campus visitation this semester.

“Zafirah was intelligent, radiant and a goofball,” her family wrote. “She loved to play soccer, she was an amazing rugby player and she even threw shot-put. She was an amazing artist and an even more brilliant scientist. She loved to write, draw, play the ukulele, sing and create poetry but she also loved to research, code and do science experiments. Zafirah was multifaceted, and she felt most at home with people within the LGBTQ+ community. ”

Abdulrahoof was a member of the LGBTQ+ community and she helped many other people as they were coming out to feel accepted and loved, Williams added.

“I knew (Zafirah) a lot less than most,” Sarah Lamitie said. “I was invited over to dinner where Zafirah was living in Boston, maybe three or four times, so I do not know her very well. I have heard a lot of different facets of her, but the one that I am most familiar with was how soft-spoken, shy and kind of bashful she was. Nonetheless, she was a beautiful person and her accepting, warm and loving spirit came through from the moment I met her.”

After graduation, Abdulrahoof moved to Boston, Massachusetts, and was hired as a research assistant for Boston Children’s Hospital, according to Palos Verdes Peninsula News. Abdulrahoof also joined a rugby team while in Boston.

“Zafirah touched the lives of those around her with her wit, her laughter, her loyalty, her unconditional love & friendship and her will to keep living despite how difficult life could be,” Williams wrote. “Zafirah was a bright, funny, colorful spark in a gray world and will be deeply missed.”