ASG swears in Lugundi and Gaxiola via Zoom general assembly 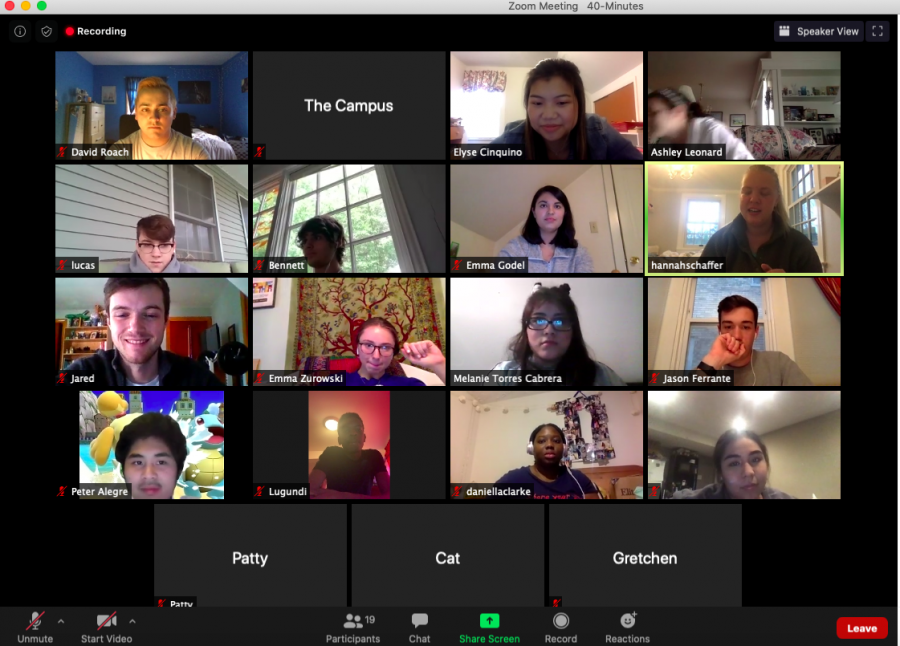 Coinciding with the theme of teleworking these past few months, Allegheny Student Government hosted its first-ever Zoom general assembly as well as its final general assembly for the 2019-2020 academic year. The meeting was held to wrap up the year as well as swear in President-elect Abdi Lugundi, ’21, and Vice President-elect Patricia Gaxiola, ’21.

Class of 2020 Senator Ashley Leonard said that she met with Gretchen Beck, associate dean of students for wellness education, regarding graduation and incorporating senior week into graduation, which is tentatively scheduled for Sunday, Oct. 25.

In her vice president’s report, Cinquino indicated that senate elections will take place in the fall.

“Thank you to all of you guys for being a good senate and cabinet and advisors,” Cinquino said. “I’m sad we’re not in person, but that’s alright. I really appreciated being able to be your vice president and being involved in ASG.”

President Jason Ferrante, ’20, announced the recipients of two prizes endowed annually by ASG. Trevor Day, ’20, received the A.L. Ballinger Award. It is awarded each year to an upper-class student who has served Allegheny. The Flavia Davis Porter Award, for a highly talented student musician, was awarded to Abraham Stroka, ’20.

“Thank you for four years on ASG,” Ferrante said. “It has been my pleasure to serve you all this year as the president. I know this year didn’t go as planned, but I don’t want you all to leave thinking that you didn’t do a lot, because we had one of the best years that I’ve seen. We accomplished a lot of good things.”

Ferrante also thanked Stacy Gerber, ASG Bookkeeper, as well as Beck, who serves as the advisor for ASG.

The assembly moved into a virtual inauguration of Lungundi and Gaxiola as president and vice president of ASG.

Ferrante led the ceremony, and, after some technical difficulties, Lungundi and Gaxiola were officially sworn-in.

Gaxiola led the remainder of the meeting, which adjourned at 7:25 p.m.