Students and faculty on campus work to increase workers’ rights 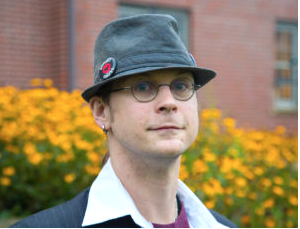 After two incidents involving workers’ rights on campus — not being paid the correct holiday pay on Labor Day and having their hours decreased — a group of students has come together to add a line about workers’ rights to Allegheny College’s Statement of Community.

A few years ago, a group of students formed the Student Coalition for Labor after a proposed budget cut from the college employed company, St. Mortiz was set to decrease the hours of workers, forcing some to become part time, which also served to decrease their pay, employed by Allegheny.  Students who began the group have now graduated, and more recently after an incident on Labor Day 2019, in which laborers were not paid their promised holiday pay, this movement has passed along to new students.

Assistant Professor of Political Science Andrew Bloeser, who has been advising and consulting students in the Student Coalition for Labor while they worked on adding a line to the Statement of Community, described the two incidents and why students began this project. A few years ago when Allegheny was planning budget cuts, the Student Coalition for Labor got together with workers employed by the college to figure out what that would mean for them, and Allegheny ended up cutting the budget in different areas, according to Bloeser.

The second incident occurred this past Labor Day with the St. Moritz cleaning company.

According to Bloeser, the workers on campus were “rightfully upset” about the incident and pushed back against St. Moritz until they were paid the correct holiday pay.

“I was very upset to hear that was happening with a company that the college employs,” Bloeser said. “And it’s not the first time, according to workers, that that’s happened.”

After the initial success with preventing budget cuts from impacting workers, the coalition came up with the idea to add a line to the Statement of Community about respecting workers. This need was reiterated after the Labor Day incident.

“There are a lot of people who do work here that make the college possible and make the college a good place to be,” Bloeser said. “And I think we all believe that in our hearts and our minds. But what we don’t do is say it in our words.”

Bloeser added that Allegheny has lines in the Statement of Community about not discriminating and having the freedom to pursue education, but students thought the college could do better about recognizing the roles that workers play on campus, and therefore began the Student Coalition for Labor again, after the club lost the majority of its members..

One of the  students who began the club, Emily Scanlon, ’19, stated that the Student Coalition for Labor really began when Bloeser presented the idea to her and a few other students.

“Growing up in a very blue collar family, and being really active with College Democrats at Allegheny, workers’ rights was something that was instilled in me from the start,” Scanlon said.

According to Scanlon, the efforts began with the concerns in their small group, and then grew as the students made an impact on campus, such as helping to stop the budget cuts.

“It was really just whispers at first, and everything was super confidential,” Scanlon said. “When we began to win more, that’s when everything began to come out, including the petition that we sent out and was signed by almost a third of the student body to help stop the budget cuts from happening.”

Other events that the Student Coalition for Labor ran included respect campaigns with the goal of increasing the amount of respect given to workers on campus. These plans also included events on Labor Day and Valentine’s Day, according to Scanlon.

While the students who founded the Student Coalition for Labor have now graduated, Scanlon said she was glad the effort has been picked up again by new faces.

“This has always been and always will be an ongoing effort,” Scanlon said. “This work is never really finished, it can always be expanded upon. I am really glad others have picked it up. Also (Bloeser) is always the best person to work on things like this.”

One of the students who picked up the effort last semester, Ben Blackburn, ’21, expressed how the students thought now would be a good time to bring back the Student Coalition for Labor, and to bring a resolution to Allegheny Student Government.

“When you want to bring a resolution to ASG, one of the first things you do is talk to the Attorney General of ASG,” Blackburn said. “That’s what we did, at least. And then they give you a format for it, and then you type one up and bring it to the rules committee, which is like a sub-branch of student government. The committee then edits the draft that you bring so that it has a better chance of passing through the senate.”

“This will help staff and contracted staff feel more directly recognized and appreciated for their roles in the community,” the SAC letter read. “It takes a lot of people doing many different kinds of work for the college to exist and thrive, and it’s good to see students recognizing that.”

The resolution from the Student Coalition of Labor to add a line about the rights of campus workers to the Statement of Community was passed by ASG at the end of the fall 2019 semester.

“Now that ASG is on board with us, what most likely will happen next is conversations between our Student Coalition of Labor group, workers on campus, administration and student government,” Blackburn said. “What we found out last semester was whenever the Statement of Community was drafted, it was a very long process. A lot of groups were involved in it. So changing it will also be a very lengthy process.”

Blackburn added that he thought with these events that have happened on campus, members of the Allegheny community would want to get involved in the process of changing the Statement of Community as well.

Ashley Leonard, ’20, who is also involved in the Student Coalition for Labor and the club’s effort to add a line to the Statement of Community, outlined the group’s plans for the upcoming semester.

“We definitely have to pay attention to what happens with the resolution now,” Leonard said. “We have to make sure it’s talked about at a meeting with faculty or administrators and different campus support people. That’s our main goal — to bring voice to the issue, and see it through.”

Leonard added that talking to students and getting the campus community to understand the importance of the issue of workers’ rights is a crucial part of this process.

“All of the students we’ve talked to believe that this is a very important issue,” Leonard said. “(We are) reminding them that without these people at our school cleaning our buildings and feeding us, we wouldn’t be able to be here without them. They really make the world go round at this school.”

Bloeser concurred with this statement, saying that there is still more to be done in this process.

“What students have already accomplished by getting ASG to pass this resolution is one big step in a longer journey,” Bloeser said. “The hope, I think, for the students and for me is that we see some significant forward progress over the course of this semester, where we get some finalized language and that committees on campus that are responsible for approving this will consider this proposal, hopefully vote it into place, and in the not terribly distant future, we will have a Statement of Community that includes a statement that explicitly says we respect everyone for what they contribute.”

Blackburn expressed his gratitude toward everyone involved in this lengthy process who helped to get the resolution passed.

Leonard agreed, saying how important this issue is and needs to be for the campus community.

“This is a really important issue for students, faculty, staff and administrators to really learn about and care about,” Leonard said. “These workers are a part of this campus community and need to be viewed as such.”