The Allegheny College Women’s Basketball team opened their season with a 58-43 victory over Bethany College on Wednesday, Nov. 13, in the Wise Sport and Fitness Center.

The Gators finished last season 6-20, and one of their six wins came against the Bisons 69-54 in Bethany, West Virginia. After missing the North Coast Athletic Conference playoffs for a third straight season, the Gators look to return to prominence within the conference.

“We can get back to our winning ways by trusting in each other, staying disciplined to our process, and believing that we can (win),” Head Coach Kate Costanzo said. “We have a talented group and are very excited for the journey.”

Under Costanzo, the Gators have played in the NCAC championship game three times in her 12 seasons, most recently in the 2015-16 season, according to the team’s online statistics. While none of the players currently on the roster have competed in an NCAC playoff or championship game, Costanzo said that the experience is one that she hopes to share with her team this season.

“It is always our goal to get to the NCAC tournament, play for and win a NCAC Championship,” Costanzo said. “There is nothing quite like playing for the NCAC championship and it’s something that I wish all of our student athletes can experience during their careers.”

After finishing second on the team in points and rebounds a season ago, Julianna Skowron, ’21, is excited to help the team win more games in the 2019-20 season.

“My expectations for this season are to get more conference wins, and I’m confident that we will be able to improve from last season,” Skowron said. “Also, I feel like the sophomores have stepped up their game from last year, so they’re definitely going to play a role in our success.”

The Gators led the Bison 20-11 after the first quarter and Skowron led the team with eight points, followed by Alexis Caldwell, ’23, with seven. The Gators entered the locker room at halftime up 40-21, and Skowron led all scorers with 12 points.

Skowron added two more points in the second half to finish with a team high 14 points. She said that she worked on her offensive game throughout the offseason to develop into a dynamic scoring threat for the Gators.

While she finished 0-3 behind the three-point line, the team shot 6-18 due in part to a 3-4 shooting night from Chloe Rabold, ’22. Rabold finished with 12 points, the second most on the team. 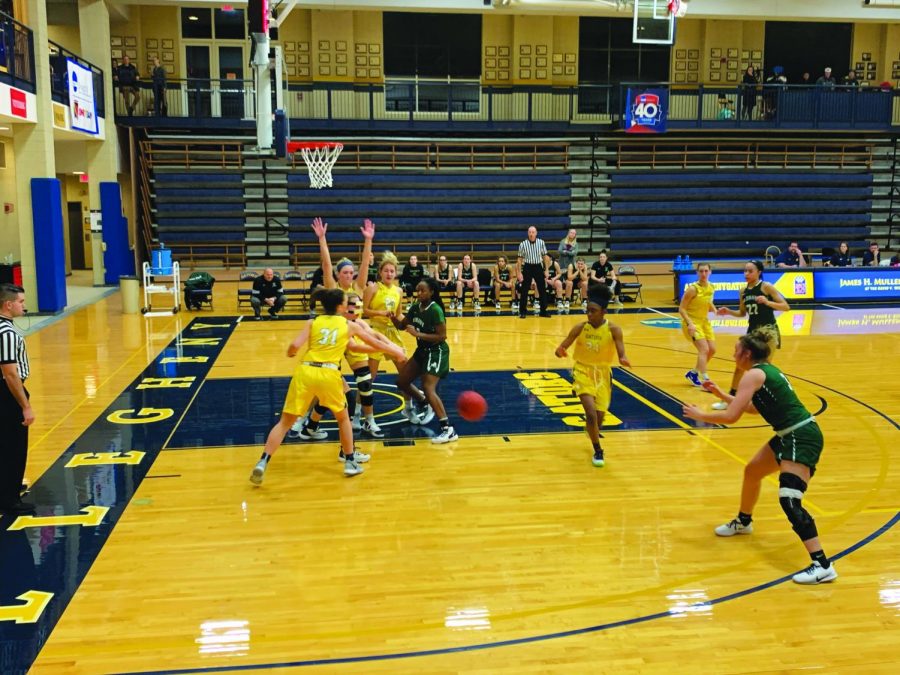 Bethany was unable to keep consistent offensive pressure on the Allegheny defense and shot 18-50 from the floor. While the Bison tightened up defensively in the second half, the Gators were able to hold off a 13-7 fourth quarter run by the Bison to win 58-43.

Despite a weather delay that caused the game to be rescheduled from Tuesday, Nov. 12, to Wednesday, Nov. 13, more than 200 fans came to support the Gators and Bison. According to Zoe Soilis, ’20, the team was prepared for the Bison, but they were disappointed to have to wait an extra day to start the season.

“I can’t believe it actually got cancelled. That’s never happened (while I have been with the team),” Soilis said. “We had a quick shootaround last night and stayed focused on our goal of beating Bethany. A lot of us were bummed that we didn’t play, but I’m still really excited for (the game).”

Soilis finished the game with 10 points and a team-high seven rebounds. Costanzo said that Soilis was named as one of three team captains along with Skowron and Rylee Donovan, ’21, and that she has been a team leader for multiple seasons. As the only senior on the team, Soilis has noticed an expansion in her leadership role this season.

“I try to be as vocal as I can in practice,” Soilis said. “I always try to encourage people and try to help them if they aren’t understanding a play. I know how tough it is to come in as a first-year to play and impact the team. I try to take them under my wing and help them.”

The Gators will remain at home for their next two games as they face Goucher College at 3 p.m. Friday, Nov. 15,. and Grove City College at 1 p.m. Saturday, Nov. 16, The two games are part of the Greg Richards ’08 Memorial Classic.

To keep their playoff hopes high, the Gators will look to build upon their opening night success throughout the remainder of the season, according to Costanzo.

“This year’s group is committed to getting back to the top of the NCAC,” Costanzo said. “They show up each day with positive attitudes and strong work ethics. We’re focused on getting better as a team with each practice and game.” 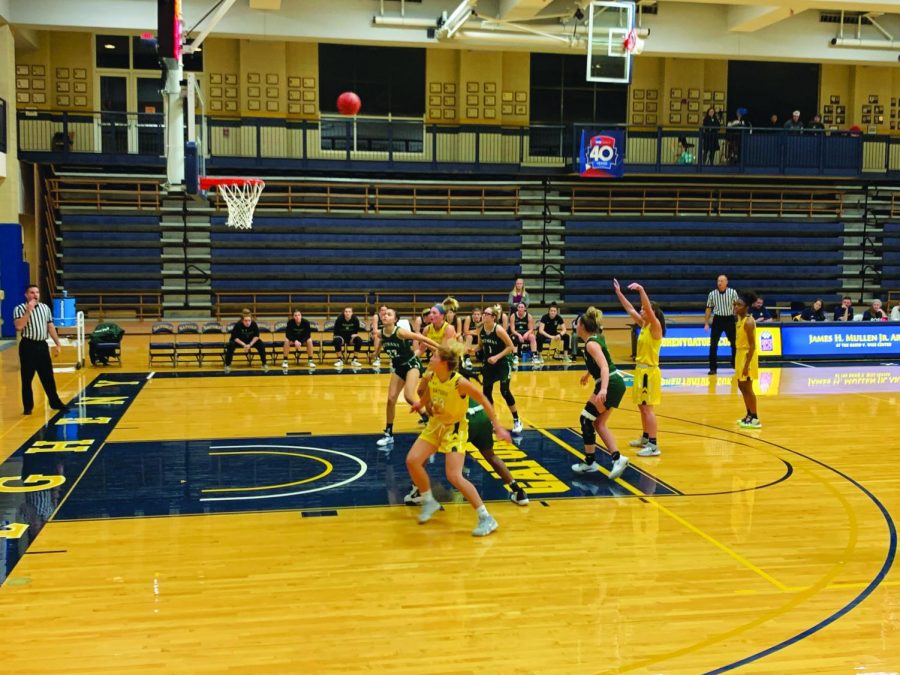