Ariana Grande has come a long way from being a Nickelodeon star on “Victorious” and “Sam & Cat,” to becoming a mega pop star.

During a time when both Nickelodeon and Disney were pushing every actress of theirs into the music spotlight, none have retained relevance in the way Grande has. On Friday, Feb. 8, Grande released her fifth studio album, “thank u, next.” 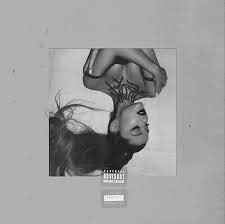 In a tumultuous 2018, Grande went through two break ups, one of which was an engagement, and the loss of Mac Miller, her ex-boyfriend .

Understandably, it would take more than the turn of a calendar to shake the feelings that linger with Grande through this album.

The album starts off with “imagine.” The song embodies the sound consistent with the rest of the album. The song itself is not a tough listen, but also not one I would go out of my way to hear.

The next song, “needy,” begins the trend of Grande admitting her insecurities. I’ve seen girls post about this song on social media, so clearly the song strikes a cord with some, but not so much for me. Nothing special as a song and a bit repetitive, but still not too bad.

Just in case you thought you had Grande figured out as a needy girl, she offers up a completely changed message on “NASA,” a song in which she explains that sometimes she needs her space. This song has a little more tune than anything on the album to this point and relies less on Grande’s voice to carry it.

“bloodline” is the first real change of pace on the album and was a good spot for it. The horns in the background are a nice touch and are the key in varying the style. The song is groovy and catch. I could dance to it; I like it.

“fake smile” dives into the common challenges stars face. Fakeness from people close to you, having to fake your own feelings, and putting up with things said about you in the media. The song is lowkey, and in my opinion, “eh.” Again, not terrible but just nothing I’d go out of my way to listen to.

“bad idea” speeds up the pace set by “fake smile.” The song returns to the fantasy realm as the title may suggest. The song is a smooth mix of elegance, sass and a “forget about it, just have a good time” attitude. Underlying the song is a sort of a trap beat which can be heard more clearly at the end when the song draws out for an extra minute after the singing wraps up. This song is one of the highlights of the album.

“make up” eases the pace and lyrically seems to suggest why she’s gone through multiple boyfriends in the past few years and is a decent addition.

“ghostin” is probably the most personal song on the album. Singing about fake smiles and such may suggest to personal experience, but nothing unique. On “ghostin,” however, she sings “I know it breaks your heart when I cry again instead of ghostin’ him.” There was tension between Mac Miller and her ex-fiance, Pete Davidson, which is likely what Grande is alluding to. Even though from a sound standpoint this song doesn’t jump out at me, I can appreciate the vulnerability it entails.

“in my head” finds Grande explaining how she has fallen in love with what she wants to see rather than what is truly there. To paraphrase, Grande sings that when people saw a demon, she instead saw a wingless angel. The song has a very relatable topic, but its execution is nothing new.

“7 rings” is extremely catchy but annoying as can be. This is the only song I have a strong opinion about, and it’s that I hate it. A lot. The overt sassiness of the song sounds forced and terrible. The flaunting of material things is common to the rap scene and that’s where it should stay. Thank you, next.

The next song is “thank u, next.” The single released in November on the heels of Mac Miller’s tragic death to very mixed reviews. Some thought she was taking advantage of free publicity while others saw it as a respectful thank you to Miller. The two had recently split up, and about a month later, Grande became engaged to Saturday Night Live star, Pete Davidson.. No matter what, Grande spoke for all of us when she sang “Wish I could say thank you to Malcolm “cause he was an angel.”

“break up with your girlfriend, i’m bored is basically Grande saying she can get any guy she wants even if they have to break up with their girlfriend. I can’t say she’s necessarily wrong. Besides, I’m sure we all feel some type of way when she sings “You could hit it in the mornin.”

The “thank u, next” album as a whole receives 7 Gators. For my personal taste, it’s good but lacks standout songs that will bring me back into the album such as Grande’s earlier anthems like “The Way” and “Right There” did on her first album.