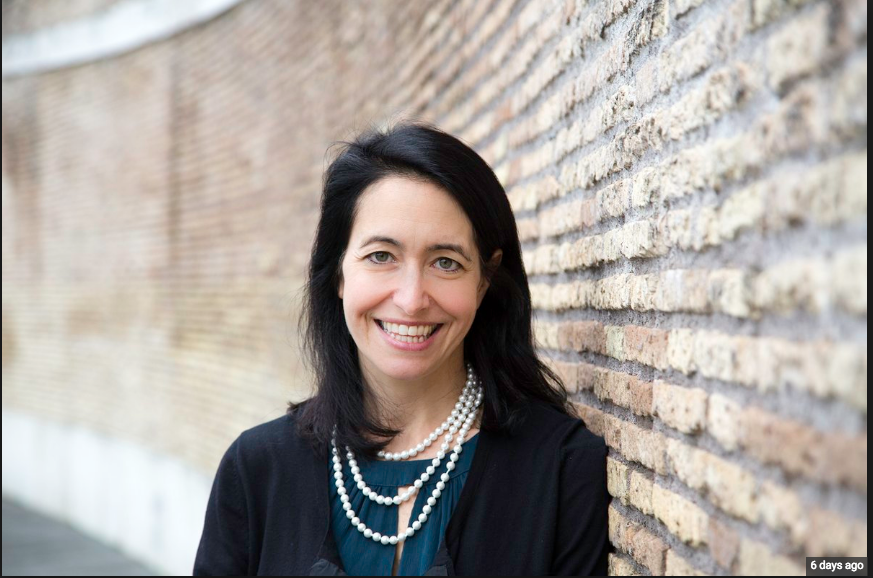 Board of Trustees Chair Mark Campbell, ՚82, announced via a Jan. 15 campus-wide email the unanimous recommendation and subsequent vote to elect Hilary Link as the 22nd president of Allegheny College and the first woman president in college history.

The announcement comes after a 10-month nationwide search to replace President James Mullen at the end of his 11th year at Allegheny. Seventeen members, including trustees, faculty, students, staff, administrators and members of the local community comprised the college’s President Search Committee which presented the ultimate recommendation of Link to the Board of Trustees.

The search was assisted by Storbeck/Pimentel & Associates, a search firm in Media, Pennsylvania. The committee reviewed more than 130 candidates, in what ex-officio selection committee member, Campbell, described as an interesting and significant process.

Among the members of the search committee was Camila Gomez, ’19, Allegheny Student Government president, who had a unique position on the committee — the only student representative.

“The way that I tried to express student opinion was in looking for qualities in candidates which I’ve observed that students want,” Gomez said.

Gomez believes that students fundamentally want visibility, sincerity and trust in a president.

“I tried to repeatedly express that students appreciate presence, that a president cares and is a member of the community, and above all, the president should be dedicated to Allegheny: today, tomorrow and forever,” Gomez said. “What students really want is someone sincere, trustworthy and someone who is doing what is best for the college.”

This sentiment was mirrored by other committee members, including Eddie Taylor, ’87, trustee and chair of the search committee.

“The search committee looked for a collaborative, strategic leader and scholar capable of engaging the entire community and continuing Jim Mullen’s dedication to the college and surrounding community,” Taylor remarked in the college’s online statement.

Link, the six-year dean of Temple University Rome, a school of about 600 pupils in Italy’s capital city, has created recruitment programs resulting in the highest enrollment in Temple Rome’s history.

Along with these programs, Link has expanded and redeveloped curriculum and developed new courses and internships with Temple University’s Klein College of Media and Communication, College of Liberal Arts, College of Science and Technology, College of Engineering and School of Sport, Tourism and Hospitality Management.

Link received her Bachelor of Arts from Stanford University and graduated from Yale University, where she earned her Master of Arts and doctorate in Italian language and literature.

Among her professional and academic achievements, as written in Allegheny’s online release, include membership of Stanford University Associates honoring her tenure there. She was also selected as a Presidential Fellow of the Association of International Education Administrators, the Administrator of the Year Award from Barnard College Student Government Association, the Elizabeth Deering Hanscom Fellowship in the Humanities at Yale University and the Pi Mu Iota Award for the highest achievement in the Italian department at Stanford University.

Link also currently serves as the vice chair of the American Overseas School of Rome Board of Trustees and is a member of the Centro Studi Americani (Center for American Studies) Board of Directors.

Some students are impressed with the president-elect’s experience, including Jessica Weston, ՚22.

“I’m excited for Dr. Link to take office because she has incredible credentials based upon what I’ve read in posts throughout the school and The Meadville Tribune,” Weston said.

“I see a breadth of experience and rich academic background,” Campbell remarked upon Link’s most distinguishing qualities. “I see an understanding and experience in the potential for internationalization of a higher education degree. And, I see a real enthusiasm for Allegheny and for its students.”

One of Link’s groundbreaking qualities for Allegheny is that she is the first woman to ever hold the college’s highest office in its nearly 204-year history.

“[A female president at Allegheny] is somewhat overdue,” Gomez said. “We all knew on the committee, that that would be a part of the decision. If we were to have the first female president, it would have to be someone like Dr. Link. Somebody so intelligent, poised, interesting, really, more than qualified. We were really excited by the prospect of having our first female president be somebody as distinguished as Dr. Link.”

The 22nd president faces new challenges in the next decade, especially, as Campbell noted, in the realm of liberal arts education.

Committee members are optimistic, however, that Link will overcome this challenge and further the innovations made during Mullen’s tenure.

“I think Dr. Link brings great promise to Allegheny and I’m very excited for her to begin her service and build upon the very, very rich legacy of Jim Mullen,” Campbell said. “Jim Mullen has done magnificent things for Allegheny in his 11 years. He will be handing over a school to Dr. Link that is as well prepared as any private liberal arts school in the country to take on any of the challenges that Dr. Link faces.”

Gomez echoed the importance of Mullen’s legacy, and said she hopes Link will bring new opportunities to the College.

“I think that the entire community loves President Mullen, but I’m very confident that the campus community will come to love Dr. Link with the same affection,” Gomez said. “I hope that she’s able to give us a new life. When you’ve been around for 200 years, it’s for good reason, but it’s always good to have something fresh and new, and I really think she’s just the person to do that.”

Link and her spouse, Jeff Link, have three sons, Jason, Alexander and Zachary.