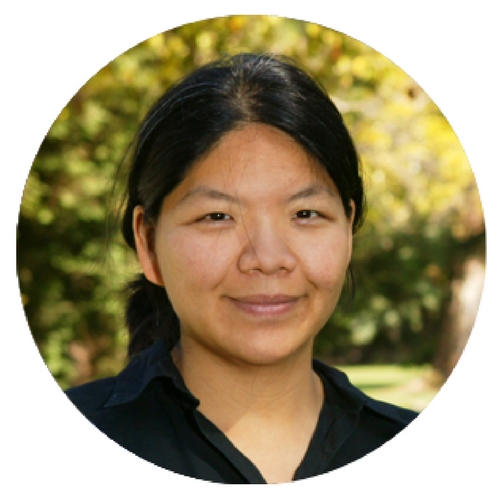 As the semester comes to a close, with it comes the final installment of the Energy and Society lecture series — lectures linked to Energy 190, a course affiliated with the energy and society minor.

Professor Julie Sze, founding chair of American Studies at the University of California, Davis, presented a talk titled “Environmental justice in a moment of danger: Redefining health, the environment, and crossing borders” at 7 p.m. in the Tillotson Room of the Patricia Bush Tippie Alumni Center on Nov. 27. The Energy and Society lecture series was sponsored by Allegheny’s Law and Policy program and the Center for Political Participation.

Throughout her talk, Sze connected the difficulties faced by environmental justice movements to the rise of globalized neoliberalism. She defined neoliberalism as a doctrine which heavily prioritizes economic privatization, and the reduction of the public sector as a facet of economies.

For Sze, one of the most concerning elements of modern global economic and political systems is that neoliberalism has become a truth of its own right, free from the need for proofs or justification. She said environmental and social justice movements like the Standing Rock oil pipeline protest and the Black Lives Matter movement were a reaction to the sustained run of neoliberal dominance.

“These examples of mobilization, these struggles for justice in the face of all of these changes, are just a little snapshot of the hundreds, if not thousands, of protests in the United States that have foregrounded the convergence between environmentalism and social injustice and social inequality,” Sze said.

One challenge Sze identified with trying to replace the neoliberal system was its prominence in society over the last thirty years. Young adults such as college students have lived their entire lives in a world shaped by neoliberal doctrine, Sze said, and do not know any alternatives.

“Most of you are young, so your entire lives have been lived under market doctrine and neoliberalism,” Sze said. “There are some of us, who are a little bit older, who remember a before and an after.”

Sze said the term “environmental justice” came into use in the 1980s along with a wave of movements in predominantly low-income areas focused on the idea. Such movements themselves, she said, were inspired by a tradition of activism surrounding the claims of manufacturing workers and indigenous populations. Sze suggested this wide scope of early environmental justice movements have led to the term often being subjectively defined.

These days, the term includes issues as varied as New York City campaigns against asthma from urban pollution and rural movements based on advocating for the rights of farmworkers exposed to pesticides.

For Sze, environmental issues are directly connected to issues of racism and marginalization of impoverished communities. She used the Flint, Michigan, drinking water crisis as an example of such linkages.

“You should familiarize yourself with what actually happened, which was basically a government-sponsored moving of a clean water system basically to save money and to make money, but then an active deception and cover-up for a year and a half, where there was the active lead poisoning of an entire city,” Sze said.

Sze said while there have been felony charges filed in the Flint water case, many people are facing foreclosure for not paying their water bills, and Flint’s water is still not fully clean.

Sze tries to focus on practical steps to address such problems. For instance, she has tried to work with activists in California to address the issue of pesticide spraying from airplanes.

“This becomes a public health issue, because sometimes if the wind blows in, it will go from the field to over a school, or a field over houses,” Sze said.

Sze said her scholarship focuses on the connection between these modern-day movements and the anti-neoliberalism movements of the 1990s.

“What globalization and neoliberalism unchecked for twenty years has done is created a backlash and generated new problems,” Sze said.

Sze said she focused on radical change because she felt like small adjustments would be ineffective.

“I’m sort of at the point in my career where I don’t believe in tinkering anymore,” Sze said.

Sze emphasized the idea of environmental justice as an intersectional worldview, not just a single issue. The power of social movements, according to Sze, is their ability to imagine a different way for the world to work.

Sze suggested that moving forward, the world needed to develop a concept she called “forward dreaming.” She said she was encouraged by her interactions with students, as she finds hope in their interest and engagement in social movements.

“Hopefully we can start to create a different culture that fights the production of ignorance around environmental injustice and racism,” Sze said. “And that we can create a different moment together, to fight the moment we’re in.”

“I thought the idea of approaching it from an intersectional framework, and having that as the main topic in this, was intriguing,” Shapley said.

Ethan Woodfill, ’22, said he heard about the talk in one of his classes. He said he especially liked hearing Sze’s discussion about how college students can lead the fight for environmental and social change.

“I think a lot of people don’t recognize how disadvantaged people can be disproportionately affected by climate change and other environmental problems,” Woodfill said. “And I think it’s an issue that is not given enough thought or attention.”