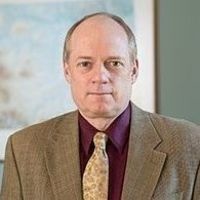 Allegheny’s chemistry department carries on the tradition of inviting distinguished scientists to campus as part of the annual Lord Lecture, which is sponsored by the Thomas Lord Charitable Trust.

“The major goal of the Lord lectureship is to bring leading scientists to campus,” said Mark Ams, associate professor of chemistry. “These are scientists that are pushing boundaries.”

This year marks the 27th year of the event, and on Nov. 1, Allegheny welcomed Timothy M. Swager, John D. McArthur Professor of Chemistry and Director of the Deshpande Center for Technological Innovation at the Massachusetts Institute of Technology, as the 2018 Lord lecturer.

In 1793, Samuel Lord settled in Meadville and soon became a charter trustee of the college. Lord donated five acres of land to the college that still remain part of the campus today. The Lord Gates at the North Main Street entrance to Brooks Walk were named in honor of Lord’s contribution.

Donald L. Alstadt, the successor of Thomas Lord for Lord Corporation, created the Lord Lecture in 1990 as a means to provide direct corporate support for science education in the greater Erie area.

“This year, 2018, we have selected a very unique and special lecturer for a number of reasons,” Ams said. “Professor Swager is a pioneer in the areas of organic materials.”

Swager was chosen to speak to students about his work with electronic polymers and the demonstration of new conceptual approaches to the construction of sensory materials. Swager’s research also includes the study of radicals for dynamic nuclear polarization, applications of nanocarbon materials, organic photovoltaic materials, polymer actuators, membranes and luminescent molecular probes for medical diagnostics.

Swager received his bachelor’s degree from Montana State University in 1983 and his doctorate from the California Institute of Technology in 1988. Swager served as a member of the chemistry faculty at the University of Pennsylvania from 1990 to 1996, before becoming a professor of chemistry at MIT. Swager was promoted to the head of MIT chemistry in 2005 and served in that role until 2010.

“This is an honor,” Swager said. “It is my first time at Allegheny College, and I am very impressed with the faculty, the infrastructure and the hospitality.”

Swager opened his lecture by describing himself as a chemist with an itch for engineering.

“Today, what I am going to tell you is something (that is) a little bit of a journey,” Swager said. “It is really as close as I get to kind of my life’s work.”

Swager explained the basis for his work was the 1977 discovery of treating an organic polymer to make it as electrically conductive as aluminum.

“This was the first time when a plastic had been made to be that electrically conductive,” Swager said.

Swager explained that the discovery was a complete accident. A language miscommunication between a studying chemist and his postdoctoral fellow had caused the catalyst to be 100 times more concentrated than it was supposed to be. This produces a plastic coating that looked similar to aluminum foil. The material was brought back to the University of Pennsylvania to be studied, and the resulting work of Alan J. Heeger, Alan G. MacDiarmid and Hideki Shirakawa won a Nobel Prize in Chemistry in 2000.

Swager concluded his lecture by giving students a glimpse into where he is going next with his research.

“We are working on magneto-optical polymers, things that can actually be used to send magnetic fields,” Swager said.

Swager explained that in this next phase of his career, he is focusing on creating molecules that can aid the innovation of major projects such as self-driving cars.

“Your next thing is your best thing,” Swager said.