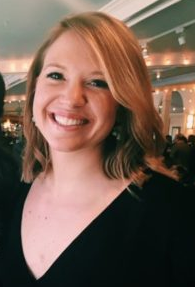 In February 2018, Allegheny College alumna Colleen Silky, was awarded the Gates Cambridge Scholarship. The scholarship was established in October 2000 by the Bill and Melinda Gates Foundation with a $210 million donation. This is the largest single donation to a university in the United Kingdom, according to the Gates Cambridge website.

Silky graduated Allegheny College in 2011 with a double major in neuroscience and psychology. In her time at Allegheny, she played for the women’s lacrosse team, served as a teaching assistant and helped in the development of first-year seminar classes, where she acted as a peer leader.

Silky encouraged students to take a deep breath and enjoy their time in college.

“You know, if I could give myself any advice as a senior at Allegheny, it would be to not put so much pressure on myself,” Silky said.

Silky received one of the 90 full scholarships that are awarded annually to applicants from around the world. Applicants must display outstanding intellectual ability, leadership potential, a commitment to improving the lives of others and demonstrate that they meet the qualifications of the postgraduate program at Cambridge, according to the Gates Cambridge website.

The scholarship has provided Silky the opportunity to pursue her doctorate in clinical neurosciences and conduct research related to new advancements in the disease pathology of ALS, amyotrophic lateral sclerosis. ALS is a neurodegenerative disease that causes deterioration of motor neurons that influence voluntary muscle movement, according to the National Institute of Neurological Disorders and Stroke.

Other recipients of the Gates Cambridge Scholarship will conduct research on topics including the way Syrian refugees view hope in Greece, a criminologist looking at the role friendship plays in the psychology of people in prison systems and the philosophy of accident and how it influences law.

Silky currently attends the Darwin College of the University of Cambridge, one of 32 colleges that are a part of the larger institution.

The atmosphere of the university is most comparable to J.K. Rowling’s Hogwarts School of Witchcraft and Wizardry, according to Silky.

The scholarship has given Silky the ability to focus on her research with neurodegenerative diseases, including ALS. Her day-to-day life consists of seminars, talks and the research she conducts in the lab.

“Right now, we are looking at the effect of astrocytes causing toxicity to neurons.” said Silky.

“So, astrocytes are another type of cell that are in your brain and your spinal cord that help to connect the neurons to each other and signaling cells to the neurons, a kind of support system,” Silky said.

Astrocytic cells might play a more active role in neurological processes than initially speculated and could potentially be responsible for the death of neurons and protein accumulation in ALS patients, according to Silky.

“A lot of people study the motor neurons in ALS, because that is important, but we are seeing maybe it is these other neighboring cells that are causing the symptoms and cell death,” Silky said.

Silky shared that her passion for neuroscience originated her freshman year in High School when her mother encouraged her to conduct a research project on autism. Throughout her childhood, Silky’s mother worked as a special ed and resource teacher. Her mother’s influence coupled with her early research of autism sparked her fascination with the brain.

After her undergraduate education at Allegheny, one of Silky’s friends from college put her in touch with a program at the University of Pittsburgh with Cognition Therapeutics, a Pittsburgh medical lab, to research Alzheimer’s disease.

Silky worked at Cognition Therapeutics for six years before receiving the Gates Cambridge Scholarship that she admittedly applied for on a whim. Silky explained that she first saw the application on a Friday and filed the forms the following Monday.

Silky admitted she was very intimidated taking the job for Cognition Therapeutics.