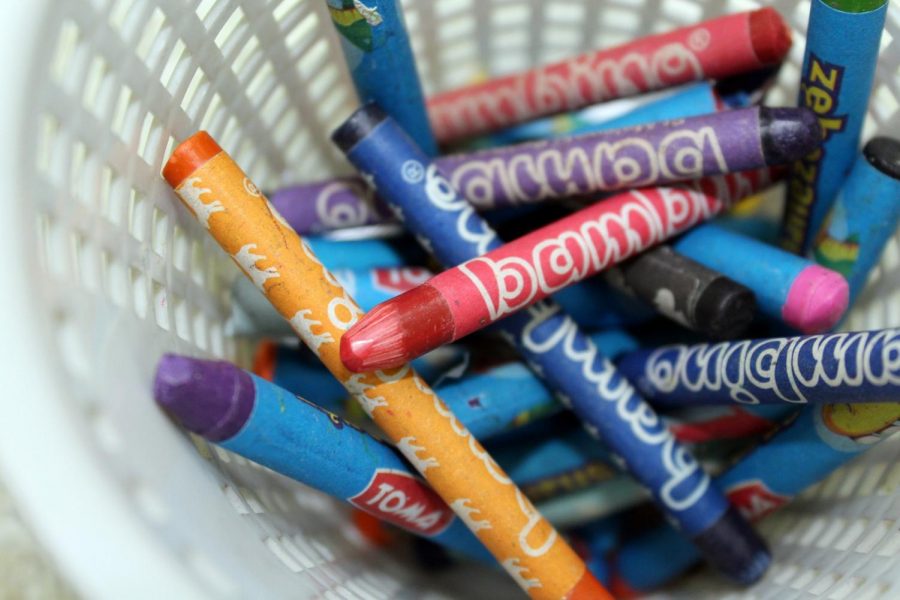 In front of each child at a restaurant, a waitress puts down a placemat with pictures of food and activities to keep the child occupied. Crayons wrapped in cellophane are ripped open, and the child begins coloring. To the relief of the parents, their child patiently does word searches, mazes and connect-the-dots, distracting them from the unbearable wait for their food.

All of a sudden, food arrives.

The crayons are dropped on the table and swept to the side as dishes are placed on the paper placemat. The family eats, pays, leaves a tip next to the messy plates and used crayons and leaves. Shortly after, some restaurant staff pockets the tip, busses the dishes and discards the napkins, paper and naturally, the crayons.

This is the exact line of thinking father and entrepreneur Bryan Ware followed before founding The Crayon Initiative, which estimates 60 million crayons, are discarded, often after only one use. Crayons are not biodegradable, so they simply turn to waxy sludge in landfills. Ware developed a solution to this wastefulness and began collecting and relentlessly sorting used crayons in his backyard in 2011.

Then, Ware melts the crayons in his kitchen and molds them into new ones to offer to organizations that can put them to good use.

Ware initially wanted to donate the reclaimed and remade crayons to schools to assist in art programs, but this effort proved to be difficult. Instead, he decided to make larger, thicker crayons that are more graspable for special needs children and donate them to children’s hospitals. Today, he provides crayons to 123 facilities in the United States and hopes to donate 200,000 packs this year. For hospitalized children, crayons can provide hours of mindful coloring.

This is a creative, wholesome effort that started with a little curiosity and empathy. It also brings attention to ignorant wastefulness beyond crayons.

In America, an estimated 30 to 40 percent of food is wasted and discarded, equating to roughly 133 billion pounds, according to the USDA, or approximately 20 pounds of food per person per week. Meanwhile, nearly 12 percent of American households are considered “food-insecure.” Americans discard food at the drop of a hat, and like people, food has unrealistic cosmetic standards. Items are simply thrown away if they are slightly discolored or bruised.

The California-based Crayon Initiative even produces zero waste by donating the wrappers that are removed from discarded crayons to an artificial log company for burning. With a goal and some creative perseverance, Ware’s nonprofit organization is making a difference for children and the environment. While other nonprofits such as Feeding America attempt to construct food bank networks to solve national hunger, the general attitude of wastefulness proves to be a difficult barrier to overcome. With so much needless wasting, America is awaiting another intuitive problem-solver like Ware to make waves and make a difference.