A love letter to communication: 6lack releases his sophomore album 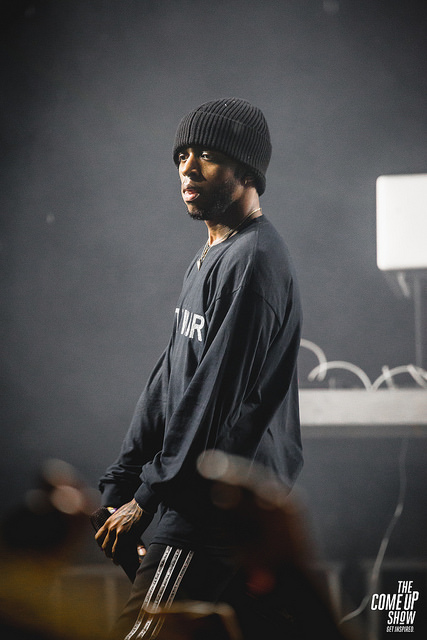 6lack’s “East Atlanta Love Letter” follows his first album “Free 6lack,” which was released in December 2016. 6lack is considered a mix of rhythm and blues, hip-hop, soul and rap. No two sites list the same genre for 6lack’s music, but I think you can argue for the R&B and hip-hop genres. Generally, many are calling it the alt-R&B. Either way, 6lack is a bit different from the mainstream rappers and hip-hop artists who usually dominate the charts.

More often than not, as 6lack mentions in the new album, the sophomore album of an up-and-coming artist will fall short and disappoint a lot of fans and critics. Without a doubt, 6lack’s sophomore album will not leave fans disappointed.

The album crushes the narrative of the “sophomore album curse,” and within its first week it reached the top five albums on the Billboard 200 chart, his highest-charting entry so far. “East Atlanta Love Letter” trailed behind Eminem’s “Kamikaze” and Carrie Underwood’s newest album “Cry Pretty,” with 77,000 units, or 20,000 in traditional album sales and 72.7 million on-demand audio streams for its tracks.

“I wrote this album for those with difficulty expressing themselves or their love. Communication is key and over time it’s proven to be my biggest obstacle. I want you to know that just because it’s hard doesn’t mean it’s impossible. Never give up on love because it’s the most powerful feeling you can share with someone, and if you’re feeling doubtful, know that I wrote this especially for you to listen to during those times. I hope it helps.”

This is one of those albums that hits hard if you know what 6lack is going through or has been through — it is personal and emotional. Usually in albums, especially in the rap and hip-hop genres, I find myself skipping at least one track. But I could not bring myself to skip a single track on this album, the tracklist is that good.

6lack has a good opening, with “Unfair” and “Loaded Gun,” which are fan favorites. From there we get into the first featured track of the album, “East Atlanta Love Letter.”

The album’s titular track, “East Atlanta Love Letter,” is key. The song features Future, a fellow Atlantean to 6lack. The song truly hones in on the issues of communication, especially from the male perspective.

“Let Her Go” follows and is one of my favorites on the album. It has a catchy chorus, expressing whether or not he should let someone go. The choices when it comes to letting people go, whether you love them or not, is hard and the song does not dig too deep into it, but it gets you thinking. Then, “Sorry” apologizes for hurting the people you love.

The next featured track is “Pretty Little Fears” with J. Cole and has become another fan favorite. Both artists speak about being vulnerable with one another and letting your guard down to love. They make trust an integral part of a relationship and argue that one should not be scared to be themselves with the person they love.

“Disconnect” goes in the opposite direction of the J. Cole feature, addressing distrust. 6lack speaks on trusting who you love but also the limits of making things work out when they obviously cannot.

“Switch” has been out since June 2018, when 6lack announced the “East Atlanta Love Letter” album. It is one of those catchy songs off the tracklist and also speaks to relationship changes. “Thugger’s Interlude” follows “Switch,” and is one of those short songs that, after which, everyone begs for more. It pays tribute to Young Thug, who released an EP “On The Rvn,” on Sept. 24, which features 6lack on the song, “Climax.”

Another featured song follows “Thugger’s Interlude,” and has got a bit of the mainstream rap beats and lines, with “I’m Balenciaga challenged, try’na find my balance, Offset with the bag.” Any guesses on the featured artists? Yeah, it is Offset. The track has got the Migos vibe of wealth with 6lack’s personal touch of humility.

“Scripture” speaks to the past and the struggle of getting into the music industry. The song has a more rap or hip-hop flow to it compared to the other songs, but it still screams of the humility and struggle 6lack faces. “Nonchalant” is probably my top song off the album. The track is a bit more focused on 6lack than on his relationships and talks about his fears and keeping his sanity in a harsh reality.

The last featured song on the album is “Seasons” which features Khalid. It is reminiscent of Khalid’s beats off of his own album “American Teen” with 6lack’s personal spin. I was a bit sad this song came out at the end of the summer, as it is mainly about summer. It is the perfect song for those late night drives with the windows down.

“Stan,” a take on the stereotype of “a stan” or “stanning” someone, which is usually  defined as a crazed and obsessed fan over someone. 6lack, instead, speaks about love and supporting one another in that context. We often associate a stan with craziness and obsession, but in the song it is more like you are giving all your support and love to your other half. 6lack stated on Twitter that “Stan” was his idea of what love should feel like: “[I] wanted to make something that somebody somewhere could get married to.”

Overall, 6lack has managed to avoid the sophomore album curse. The personal and heartfelt “East Atlanta Love Letter” is a success.