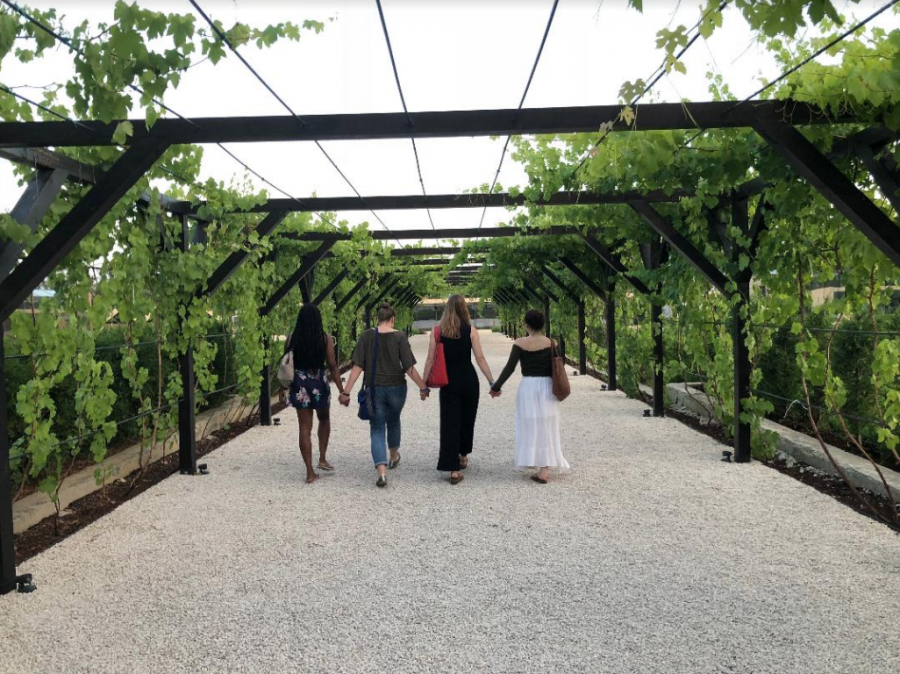 In all honesty, I never knew Moldova existed before last year, let alone where in the world this country was located. However, as a global health major and someone who loves to travel, as soon as I saw the opportunity to travel to Moldova for an internship, I knew it was an experience I could not pass up.

After receiving the email that I had been accepted to the program, my face noticeably lit up, and I called everyone I knew to tell them the good news. So, just like that, five days after my last final I was at JFK International Airport ready to board my flight to Eastern Europe and begin my journey alongside three other Allegheny women.

I did not go into this trip with many expectations other than to have an amazing internship experience.  I fell in love with Moldova and it’s people. I never saw that feeling coming. My host mother, Irina, is the strongest woman that I have ever met, and I now consider her family.

I got to meet a commercial sex worker who, despite working two full-time jobs and speaking seven languages, still needed to do this on the side so that she could support her family because the wages in Moldova are so low. I got to know Nastya, who had a gun shoved in her face during Ukraine’s gay pride parade.  He showed me what bravery really is.  Last, but not least, I got to really know the three Allegheny women who shared this experience with me. All of these people have shaped the person I became because of this experience.

I interned part time for a nonprofit called Act For Involvement where myself and another intern were able to interact with commercial sex workers and homeless people. Twice a week we would get into a van and ride around with the mobile outreach team along a highway known for prostitution in order to distribute condoms and free HIV and syphilis testing.  I had the privilege to get to know some of these women and hear their stories.

I ended up switching internships to work at a nonprofit whose main goal was to improve the safety and health of Moldova’s LGBTQ community. I better understand the deep rooted problems of sexism, homophobia and discrimination because of the interactions I had with these people. For example, the sidewalks are so broken in Moldova that it is near impossible for disabled people to get around, especially during winter. Another example was when my host mother informed me that one of the women in her apartment building was not allowed to leave her house unless her husband was with her. This heavily Orthodox, formerly Soviet country is extremely patriarchal, but there is something to be said for everyone who is trying to make Moldova a more accepting and safer place.

I had experiences abroad that I would have never had otherwise, like trying chicken liver, learning how to make traditional Moldovan food from scratch or going to an all-night rave filled with Russian people dressed in giant fur coats. I even got to visit an actual castle that manufactures Moldovan wine.

I also had experiences that were not pleasant, but were a part of experiencing new cultures and understanding that the world isn’t perfect.  For example, I got food poisoning my second night in Moldova and was followed and verbally harassed by several different men.

There were times of sadness and nervousness, but it was the best experience of my entire life, and I wish I could do it again. The amount of independence given to all of us was perhaps what I really needed to realize what I can do. Living and working in another country on my own was something I enjoyed so much more than I could have ever imagined. It was empowering to rely on myself and to find out that I am more than enough. My time in Moldova was the happiest I have been in years, and I have been able to carry that happiness back with me.