Student reflects on Japanese art and culture on EL seminar 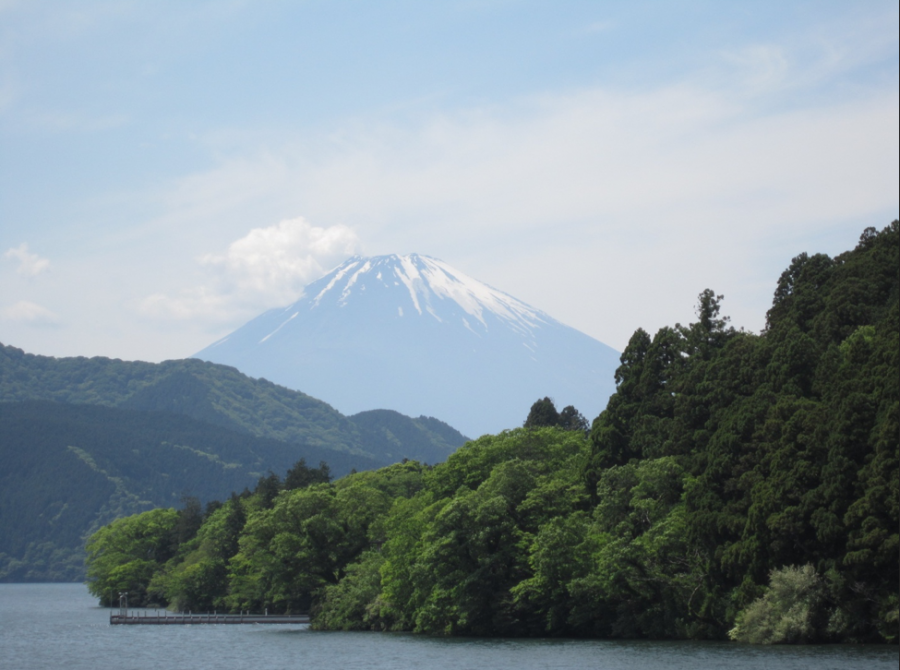 Students explored sites in Japan, like Mount Fugi, while traveling on the 2018 Japan EL Seminar.

My Experiential Learning Seminar in Japan was nothing short of an outstanding cultural submersion. As a group, with the guidance of Ishita Sinha Roy, associate professor of communication arts/theater and Darren Miller, associate professor of photography and digital imaging, we were able to explore most of the southern half of Japan. We experienced a little bit of everything.

We were entertained by Japanese pop culture, and visited Akihabara, Ikebukuro, the Studio Ghibli Museum and the Kyoto International Manga Museum. Akihabara is a famous area in Tokyo, known for its exclusive shops, arcades and cafes that are dedicated to anime. Pretty much every anime known to man is represented somewhere in Akihabara.

Ikebukuro is popular for some of the same reasons. My personal favorite, however, was the Studio Ghibli Museum. I have been a fan of the Studio Ghibli film company since I was around 11 years old, so this was a dream come true. It was difficult to get a good picture of the front of the outside of the museum, just because it has such a unique structure. The best way I can describe it is that it looks like a giant adult playground.

The entire experience was as whimsical, colorful, and otherworldly as any Studio Ghibli movie would be. They even had a life-sized “Cat Bus” from “My Neighbor Totoro,” but they would only allow children to play in it. Sadly, I was not short enough to pass as a child.

We also admired the natural beauty of Japan, its cultural and religious history and its current cultural constructs. As we learned in class during our first couple days on one of Keio University’s campuses, a country’s culture consists of much more than just food, art, music and history.

Japanese culture tends to differ from American culture on fundamental levels such as communication style, social norms and overall values. Because of these differences, it was especially difficult for us to not draw too much attention to ourselves. On the subway, for example, it is generally expected for people to stay quiet and not speak out of respect for others. Our group had difficulties following that rule.

Another thing that stood out to us was the religious dynamic. Japan is deeply rooted in its Buddhist as well as its Shinto beliefs. We visited countless temples and shrines dedicated to these religions. Each one presented a unique, yet similar experience. The Shinto shrines, for example, tend to have a distinct architecture. In addition to this, the prayer ritual and water purification ceremony are also common at most Shinto shrines. Buddhist temples, then, were less unified in structure but presented various experiences dedicated to the Buddhist deities.

The most moving experience I encountered in Japan, though, was our visit to Hiroshima. Hiroshima is currently a high-tech metropolis. The places we visited while in Hiroshima, including the A-Bomb Dome, the Peace Memorial Park and the Peace Memorial Museum, were still wholly dedicated to remembering the tragedies of the atomic bomb and honoring those who perished.

The emotional weight of learning about this disaster was what I can only describe as life-changing. However, despite the horrific events, these memorials were rather peaceful.

The artistic culture was equally as moving, and we had the privilege of visiting several art museums. My favorite was the Chichu Art Museum. This museum can be seen from above as a cluster of geometric shapes poking from the earth, but the majority of the museum is underground.

One of the most breathtaking pieces we were able to see was Monet’s Waterlily collection, and the experience of viewing the pieces was unique. We were asked to remove our shoes and enter a dimly lit, concrete room in small groups. The space was specifically constructed to preserve the artwork and optimize the visual experience of the paintings.

As impressionist fans probably know, the genius and wonder of this type of art is the visual effect it has when you stand at a distance from it versus when you stand up close.  Seeing this technique having been executed by one of the most famous artists in the world was breathtaking.

All in all, this trip is one that I will be looking back on for the rest of my life. Hopefully, this is the beginning many adventures full of travel and intercultural perspectives. For anyone who is even the least bit curious about cultural dynamics, I would definitely suggest trying to participate in an Experiential Learning Seminar before leaving Allegheny. It is such a rare opportunity to be able to travel with peers and educators who optimize your learning experience.